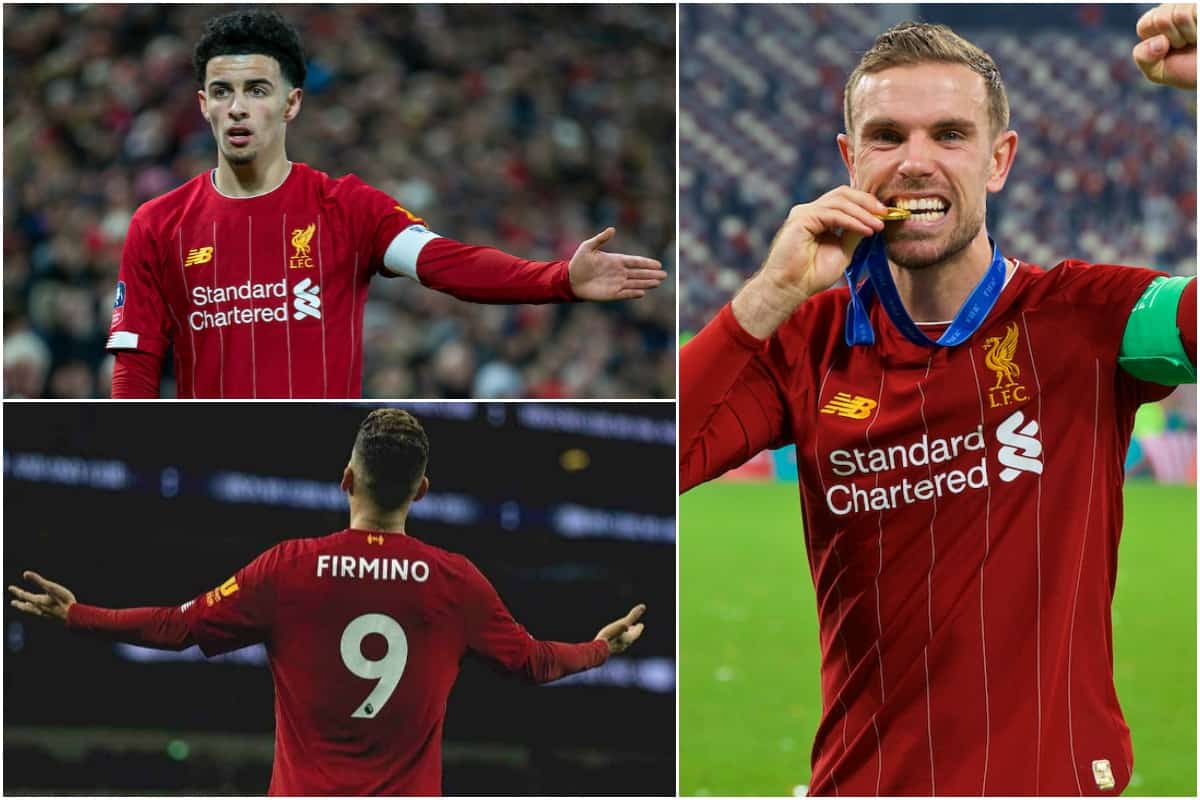 The end of a remarkable season is upon us, but with three games remaining there is still plenty for Liverpool to play for and fans to look forward to seeing.

It’s been a season like no other and for Jurgen Klopp‘s men, it is one which sees them being crowned as Premier League champions, emphatically ending the 30-year wait for a league title.

Milestones and records have been a common theme throughout the Reds’ run in the 35 games to date, where their lead at the top currently sits at 21 points.

And while there will be time to reflect on the incredible season as a whole, there are still three games to play and with it opportunities and moments to savour for the Reds.

So, here are X things we would like to see in Liverpool’s final three games, which sees Klopp’s men take on Arsenal (A), Chelsea (H) and Newcastle (A).

Minamino on the Scoresheet

It has not been the easiest or most straightforward of transitions for Takumi Minamino following the three-month suspension of football, but the Japan international has shown glimpses of what he is capable of.

The 25-year-old’s action has been limited to cup competitions to date with only one starting appearance in the Premier League, at Everton, and a further six outings from the bench.

Not only is he adjusting to a new club, country and culture, he is also trying to work his way into the world’s best team, and like any new Klopp signing, first needs to learn the demands of the position and role required of him.

But etching his name onto the scoresheet for Liverpool for the first time in any of the final three games could be just what the doctor ordered for his confidence, having come close on a number of occasions.

The manager feels he has been “really unlucky with the goalscoring” and heading into the off-season with the duck off his back would be a welcome sight.

Not to mention, should he score, Liverpool would have 18 different scorers in the league for the first time in club history, breaking the current record of 17 shared by both the 1911/12 and 2015/16 seasons.

Another man out for a milestone is Curtis Jones, who requires just one more appearance to earn a Premier League winners’ medal having made four appearances to date.

Magic number five would see him join fellow youngster Neco Williams on the podium with a medal around his neck, and it would be just reward for his rapid rise this season.

A maiden Premier League goal and a first full debut in the top-flight are just two of many highlights one can look back on for the 19-year-old who has oozed confidence at every turn.

Klopp insisted Liverpool won’t “give Premier League appearances away as Christmas presents,” but Jones has more than earned the opportunity to continue to be called upon at the final turn.

But looking even further into the future, it’s certainly going to be a joy to watch him continue his development alongside the very best the game has to offer.

Despite featuring in each of the six games, the season restart has not been too kind on Alex Oxlade-Chamberlain.

The 26-year-old had appeared to have re-discovered his touch before lockdown but has regressed somewhat in his recent outings, which includes two starts and four from the bench for a total of 227 minutes of action.

He has been unable to nail down a position in midfield and has been a rotation option in the wide position, he has shown glimpses but has been more culpable of handing the ball back to the opposition than sending the Reds on their way to goal.

With Jordan Henderson on the sidelines, there will be more opportunities to come his way before the season is out and ending the campaign on a high will do both him and Liverpool the world of good.

The vice-captain’s reoccurrence of a hamstring injury sustained against Everton in what was Liverpool’s first game back in over three months has restricted him to just 53 minutes of action over the last six games.

In fact, by replacing Henderson at Brighton, James Milner moved into fifth place in the Premier League‘s all-time appearance list, with 536 to his name, and it would be welcomed to see him add a few more before the season is over.

Ever-reliable, versatile and a proven leader, the 34-year-old is always a handy option to have and it will be no different against any of Arsenal, Chelsea and one of his former clubs in Newcastle.

One chance, one opportunity, is Firmino going to capture it?

Any Red can tell you that Firmino is so much more than goals and assists, with his presence in the side alone key to how Liverpool unlock the opposition – he’s a master of finding and making space, for himself and his teammates.

But he is without an Anfield goal in the league since March 2019, in the win against Tottenham, with his eight goals to date all coming on the road.

He has just one shot at breaking his Anfield duck before the season is out, however, against Chelsea on the night the title is lifted.

I don’t know about you, but that seems like the perfect time to bring the run to an end. 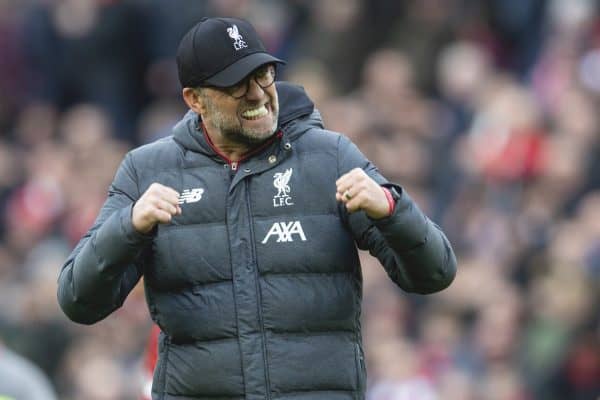 The Reds are so close, yet the margin for error is so small.

The full complement of points from the three games remaining are needed to break Man City‘s record set in 2017/18, while seven would see them equal it.

Many will be divided over its importance with the league already wrapped up, but it is another opportunity to stamp our dominance on the competition and set a record which few, if any, will come close to breaking.

It’s certainly more than achievable and it would the perfect end to what has already been a remarkable season. 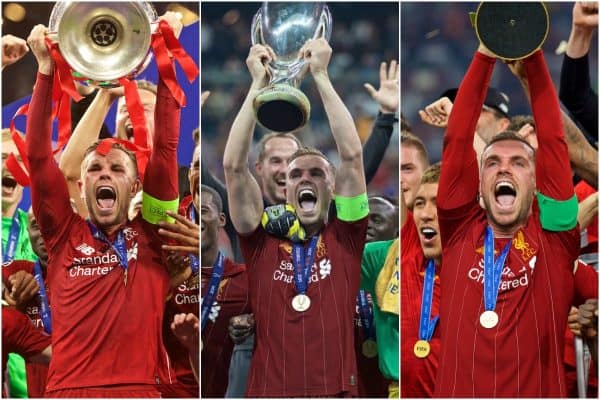 It’s a brilliant sight, isn’t it?

We’ve been spoiled having seen the skipper face his teammates with the trophy before shifting from one foot to the other and spinning around to hoist it in the air three times in a little over a year.

And there is nothing which will top this moment, one 30 years in the making. While Jordan Henderson will take no part in the remaining games due to his knee injury, he will still be front and centre for his fourth trophy lift as Liverpool captain.

The champagne is already on ice and the night of July 22 cannot come some enough.