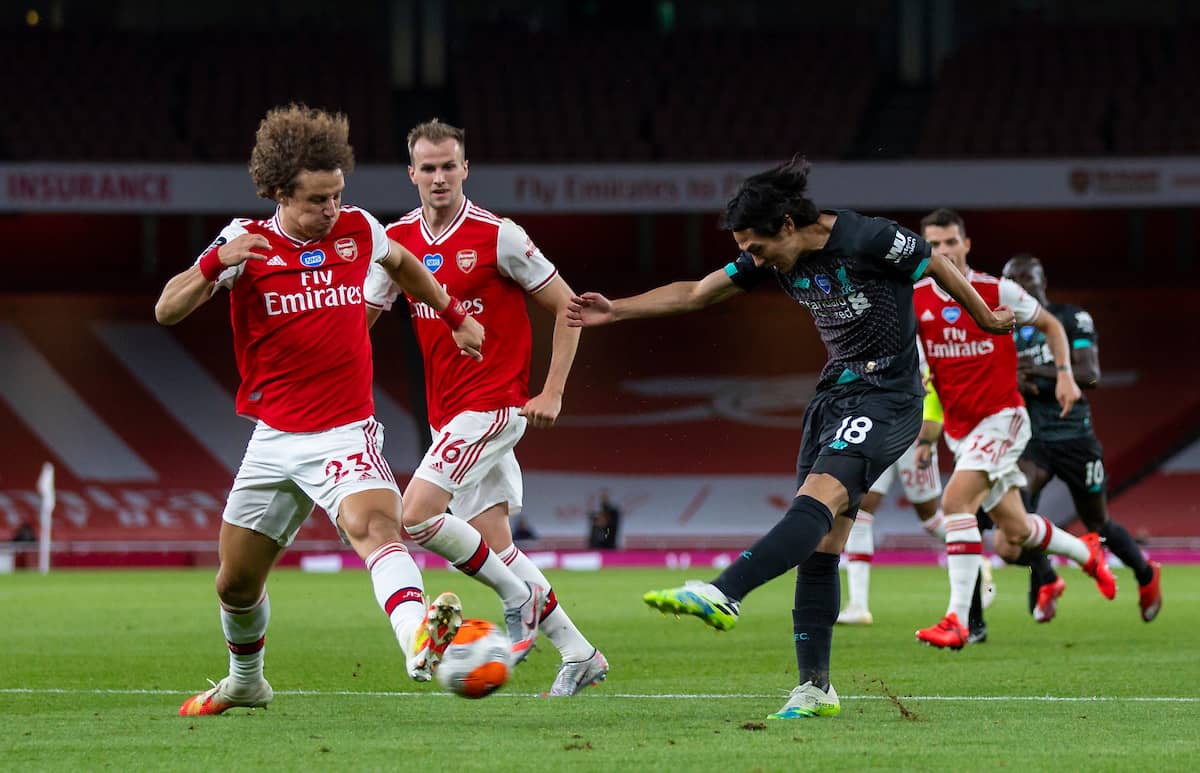 Liverpool lost 2-1 away to Arsenal on Wednesday evening, as their hopes of getting 100 points went up in smoke.

The Premier League champions made the trip to the Emirates for an attractive-looking encounter, with a record points haul still up for grabs.

It proved to be another disappointing away day for Jurgen Klopp‘s men, however, as their lack of intensity proved to be their undoing.

The night started well for Liverpool, who bossed their opponents in the early exchanges and saw Sadio Mane fire them in front.

The speedster steered home Andy Robertson‘s cross expertly, seemingly setting his side on their way to a 2-1 win in north London.

The former was robbed in his own penalty area before Lacazette rounded Alisson, who then under-hit a pass which was duly punished by the Arsenal youngster.

Despite their dominance after the interval, the Reds couldn’t find an equaliser, with Mohamed Salah coming closest to making it 2-2 after his effort was tipped over the bar.

Takumi Minamino and Naby Keita made a difference from the substitutes’ bench, but Arsenal held out for their first win against Klopp.

Liverpool now have a week-long break before hosting Chelsea next Wednesday, on a night that will finally see them lift the Premier League trophy.