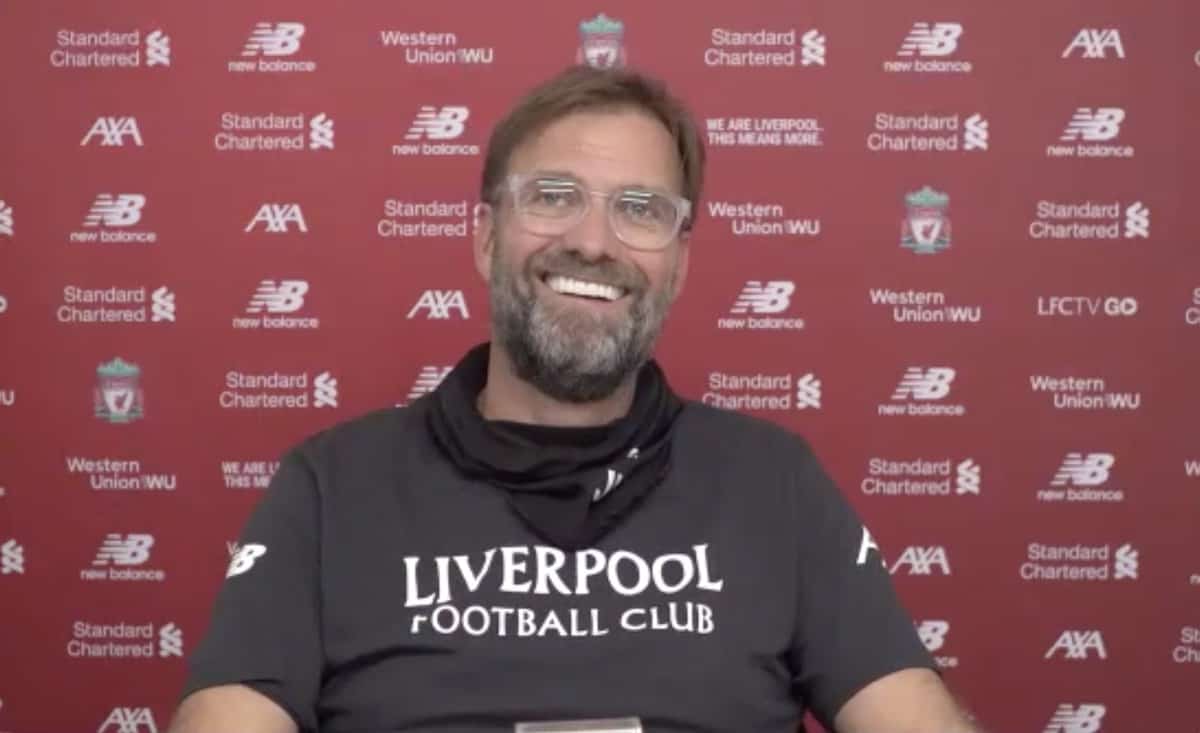 Liverpool boss Jurgen Klopp addressed the media ahead the Reds’ trip to Arsenal and acknowledged that his team face a tough task against a promising young coach.

The Reds are back in action on Wednesday night against the Gunners, with the title already wrapped up and now just playing for a record points haul.

Klopp said at his press conference that opposition boss Mikel Arteta represented one of a number of talented, younger bosses emerging which represented a new challenge, and whose ideals were clearly influenced by other top managers around the game.

“Mikel is part of this very exciting managers generation. It’s really exciting to watch, you can see the ideas behind that’s influenced by Pep, a massive influence.

“On top of that, Arsenal are a really exciting squad, more experienced offensive players and, coming up, a lot of really good [young] ones.

“It looks like Arsenal will be a proper challenger again.”

For his part, Arteta’s own press conference also acknowledged that Klopp was doing a fantastic job at Liverpool and his ambition was to do similarly well at the Emirates.

“If you ask me that question in four years and we’re both sitting here and I can tell you ‘yes, we’ve done it’, I will be so happy.

“But I know how many decisions have to be right and how much support you need from the club and the people around, and how much connection you to have to generate from your fans to have the full package, and afterwards it’s football.”

The Reds are a massive 43 points ahead of Arsenal this season, which underlines the job Arteta has to do—and how much expectation there will be on Liverpool to pick up the win.