Pre-season is done, the Community Shield is finished – now onto the real games, right? Not quite, as the first international break is already upon us and a dozen Reds are headed off around the continent.

Just when you thought the fixture calendar couldn’t get any more ludicrous and squashed due to an elongated 2019/20 at one end and a European Championships at the other, the UEFA Nations League rears its ugly head.

Jurgen Klopp was already not a fan of the competition last year and is unlikely to be feeling any more kindly this time around, with half his squad disappearing just days before the start of the Premier League season.

It’s a genuinely idiotic occasion, but one all the Reds’ top-flight rivals must put with, as they hope the hard work of cramming in pre-season and sticking to safety protocols doesn’t go to waste with players coming back injured or infected.

For Liverpool, 12 players have been called up—not as bad as it might have been, as it’s only the European stars who will be in action, not the African and South American contingents.

For England, Joe Gomez and Trent Alexander-Arnold will take their place in the squad for games against Iceland and Denmark, even though the latter missed the Reds’ trip to Austria and the Community Shield.

Scotland captain Andy Robertson will lead his side against Israel and Czech Republic, while Netherlands duo Virgil van Dijk and Gini Wijnaldum play Poland and Italy in their double-header.

Divock Origi is in the Belgium squad despite Liverpool maintaining he has had an injury issue through pre-season; any involvement from the striker against Denmark and Iceland is likely to heighten speculation that he’s set to depart.

Three youngsters are called up for Wales, with Neco Williams hoping to win his first senior cap and Harry Wilson and Ben Woodburn also in the squad, as they face Finland and Bulgaria. 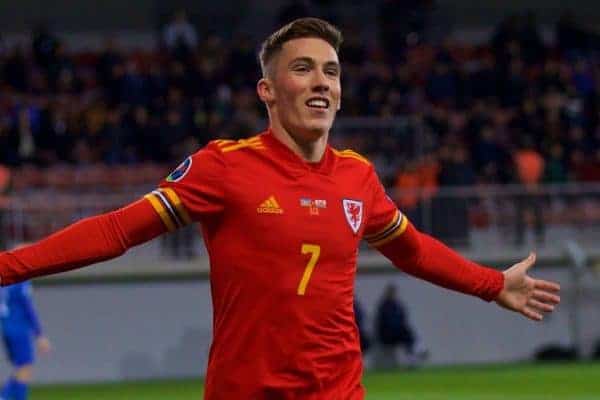 And there also remains speculation over the future of Marko Grujic, who is in the Serbia squad to play Russia and Turkey.

The first is Rhian Brewster, who will join up with the England U21 squad, while Caoimhin Kelleher is with the Ireland U21 side again.

Elsewhere, Kamil Grabara will continue in his role as the goalkeeper of choice for Poland U21 while Morgan Boyes is in the Wales U21 squad.

Neither Harvey Elliott nor Curtis Jones appear to have been called up by England’s youth sides, particularly strange with regards to the latter who is now essentially part of Klopp’s first-team options.

Nations League matches will be played across 3-5 September on Matchday 1 and 6-8 September for Matchday 2. It means at least some of the squad won’t return to Melwood until Wednesday 9th, with the Reds facing Leeds three days later.