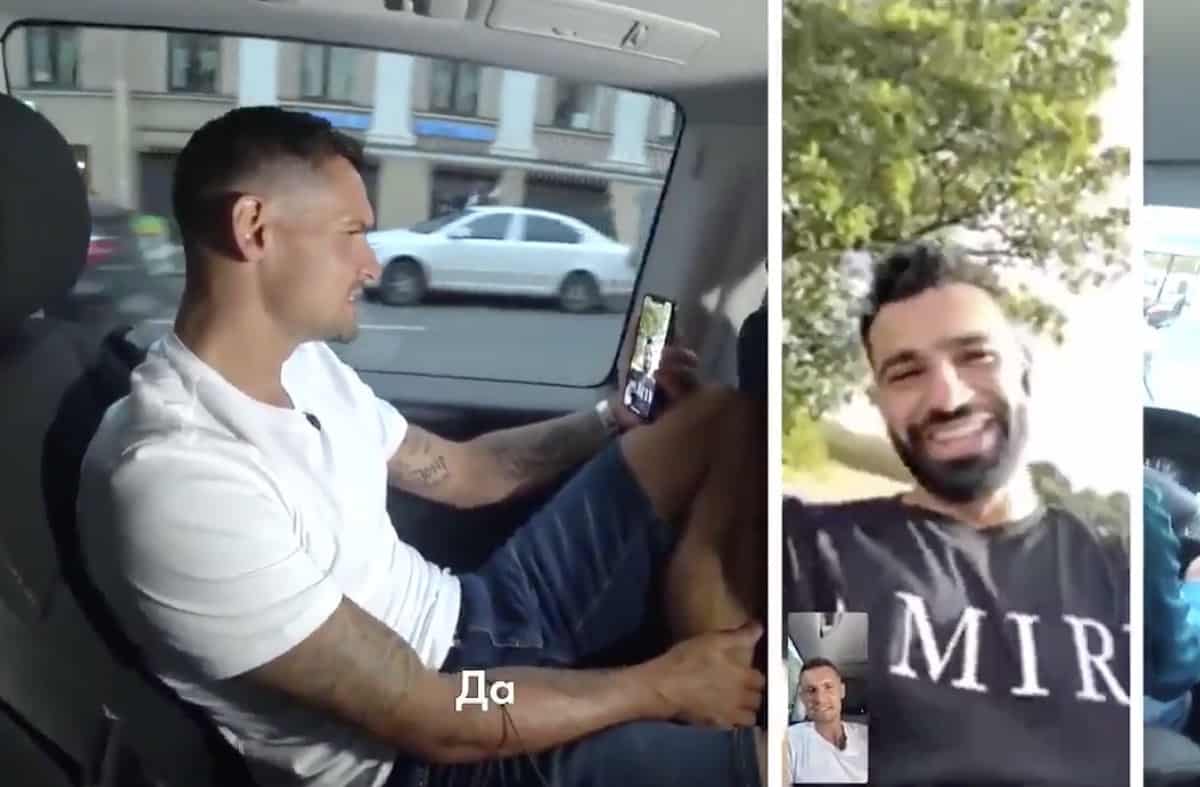 Soon after he arrived in Russia to complete his £10.9 million from Liverpool to Zenit St Petersburg, Dejan Lovren made sure to FaceTime his best friend, Mohamed Salah.

Lovren and Salah struck up a strong bond during their time together at Anfield, but they will now need to stay connected from a distance.

The Croatian has become one of the first players to leave Liverpool at the end of the title-winning season, joining Zenit on a long-term deal, six years after arriving on Merseyside.

While banking the Reds almost £11 million, Lovren’s exit will likely require the signing of a replacement centre-back.

For Salah, it will require finding a new best friend in the squad, with the pair almost inseparable over the past three seasons, following the Egyptian’s move from AS Roma.

Such is their friendship, and its popularity, that Zenit shared a clip of Lovren calling Salah on FaceTime while in the car from the airport.

“Wow, what a nice haircut,” Lovren began, with Salah replying, “thank you, it’s better than yours!”

Lovren told the story of how, along with the Zenit supporters who greeted him after landing in St Petersburg, he was also welcomed by a bear.

Salah asked if Lovren was starting training with the Zenit squad the following day, and in trademark fashion then followed up with “are you the captain, or no?”

Asking more about the No. 11’s new haircut, Lovren discovered that his friend felt it was “expensive,” then saying “that’s why you left it long, because you’re this tight.”

Despite there jokes there is a clear warmth between Lovren and Salah that will be missed now they are not on the same team, but it is seemingly the right time for the centre-back to move on.

Fortunately, technology allows them to keep in touch while in England and Russia—though if Salah’s recent message to Lovren on Instagram is anything to go by, he will be hoping it isn’t too often!