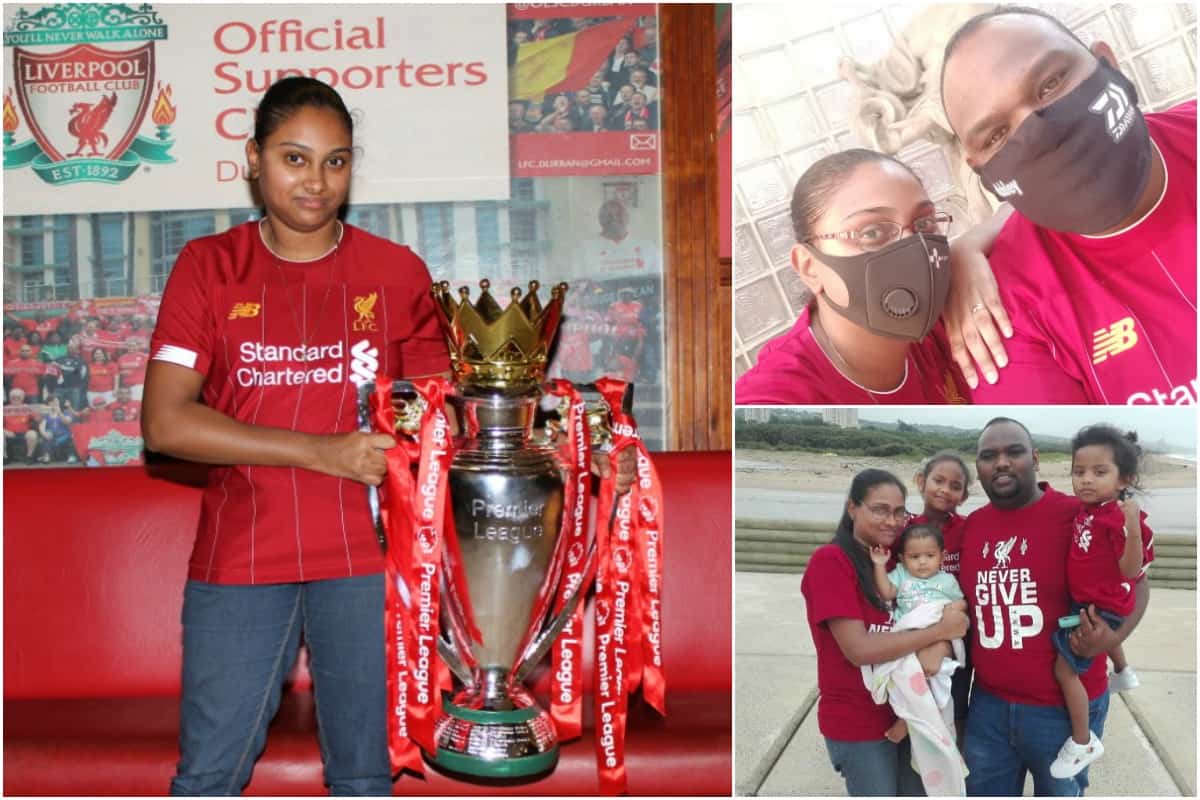 Our new series ‘Long Distance Liverpool Love’ shines a light on devoted fans who grew up as a Red away from Merseyside. And here, Bronwyn Naidoo from Durban, South Africa shares her unique relationship with the club.

Growing up in a household with extended family meant that I had the pleasure of having many wonderful role models to look up to. One such person is my uncle Mark, my mom’s younger brother.

He was and still is a die-hard Liverpool fan. I remember growing up, on weekends, that sport took over the TV. On Saturdays, it was the Liverpool matches and Sundays were Formula 1. I would sit, as a kid, absolutely clueless about the sport and the rules and just watch with my uncle because I wanted to be just like him. 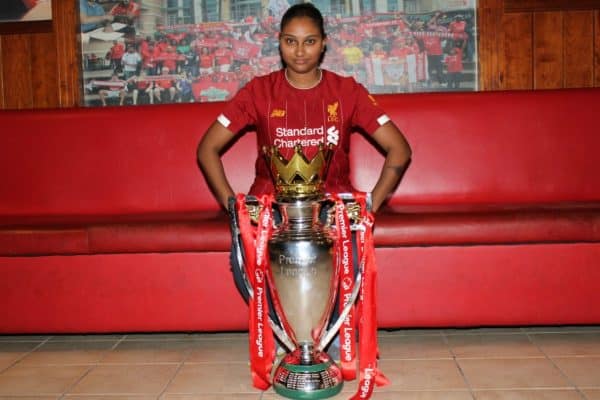 Thus began my journey as a Red. Through my late teens, I’d have to face the jeer and jest of my peers who would say, ‘you’re supporting the wrong Red team’.

You see here in South Africa we have our own Liverpool FC and Manchester United rivalry. Fans, who many may never get to see these teams play live, are so passionate about them. But I could never change. My heart practically had a Liver bird etched on it.

I currently live in a town called Phoenix and the Liver bird sort of reminds of a Phoenix, so that’s quite fitting too!

My Liverpool football idols growing up were…

I’m a ’90’s kid so I had the absolute pleasure of witnessing our ‘Captain Fantastic’, the one and only, Steven Gerrard in his prime and right to his last day as a Red. 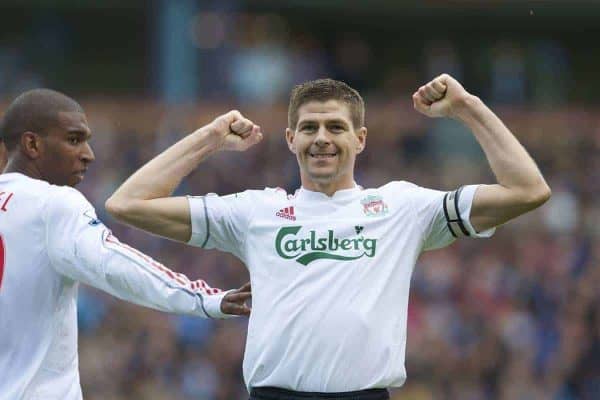 The fact that he was so versatile, both in his capacity for club and country, was just amazing!

The 17 years he spent as a Red were filled with immense hard work and passion for the game he loved. His technique, class and work ethic taught me that you have to put in the work to get the results, and when you get the results, don’t stop, aim higher!

We never ever make plans on the day Liverpool play. I have little kids who love the outdoors, so if Liverpool play on a Saturday we take them out on a Sunday, and vice versa.

My TV schedule for games are set days ahead of time, so even if life gets hectic and all that’s been playing is CBeebies, we can still tune into the matches. But I’ve taught my kids to watch the matches with my husband and me! 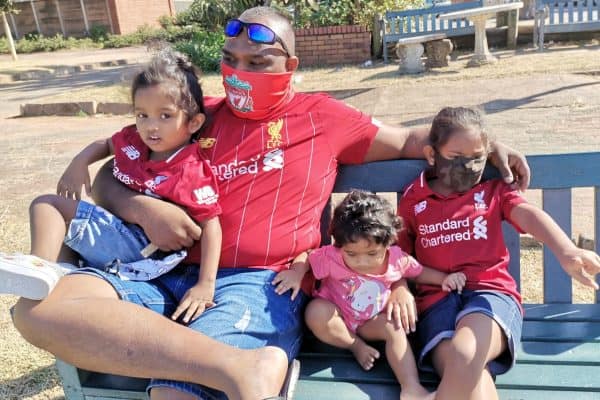 My eldest daughter who is just 7 insists she has to watch the match and makes sure to wear her shirt when she’s watching. For the later night matches, she insists she can stay up and watch with me but falls asleep a few minutes in. But as long as she sees the squad come out, she is happy.

From the youngest to the oldest we are all kitted out in Liverpool gear and whether we go to church or step out to the shops, we are kitted out as a family!

It means so much to me! I am a very reserved person. My life revolves around my family and football. Liverpool has shown me what we can achieve if we keep working hard.

This team has shown just what a beautiful game football is. They’ve shown me that it isn’t just a sport and we aren’t just a club with fans, but a real global family.

For my 30th birthday, I was going to get my very first tattoo which was to be the Liver bird and the number 30, with the saying ‘Still We Rise’. It’s also fitting as we won the Premier League after 30 years!

I have not yet been able to get the tattoo due to the global pandemic and the subsequent lockdown, but I most definitely want to get it done when everything goes back to normal.

My Liverpool dream is… 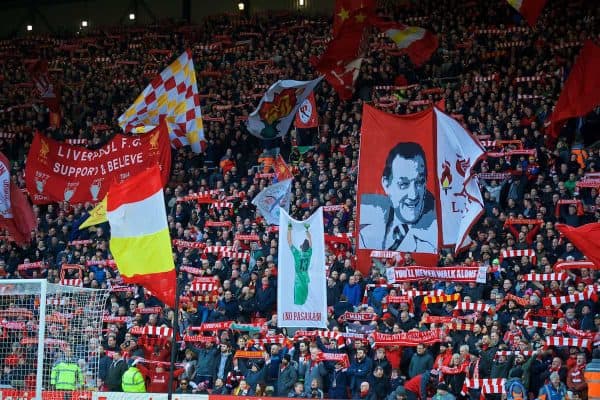 To one day be able to watch a match live at Anfield. I have never travelled abroad. Most of my family have not had the privilege of being able to travel and see the world, so that is my one dream.

To be there, to sing You’ll Never Walk Alone in the stands with fellow fans, to do the stadium tour and check out the trophy room. Just to be there in the presence of greatness that is Liverpool FC, with the current squad and Klopp and the other coaches.

Ah, it was absolutely surreal. I cried when we received our first guard of honour and I cried when Jordan Henderson lifted the trophy. There were a lot of tears and excitement!

As I mentioned, I turned 30 this year so have never seen my team lift the trophy. It was just absolutely unreal to be able to witness it.

And if I could invite 3 Liverpool figures past or present to my country, it would be…

Most definitely Stevie G. I just want to thank him for all the years he has given us and to tell him that once a Red, always a Red!

I would also invite Sadio Mane. Wow, what a guy! A fellow African, who, if you want an example of sheer passion and determination, this is your guy.

I always think back to his story of how he grew up and he went overseas, without telling his family, to pursue his football career, and look where he is now. And the fact that he still goes to his home town and gives back is just inspiring.

Lastly, I would choose, the Scouser in our team, Trent Alexander-Arnold. What a player! He’s achieved so much at such a young age. Each time he goes out onto that pitch, he does so with a purpose. He also seems like he is just fun to be around.

Everyone on our current squad does, actually. Can we just get a plane with all of them over to South Africa for a holiday?! The likes of big Virg, Bobby, Robbo, Ox, Millie, Gini – what fun it would be. Gosh, what a team!

* Thanks again to Bronwyn for sharing her story. You can find her on Twitter @Br0nwynBJN.