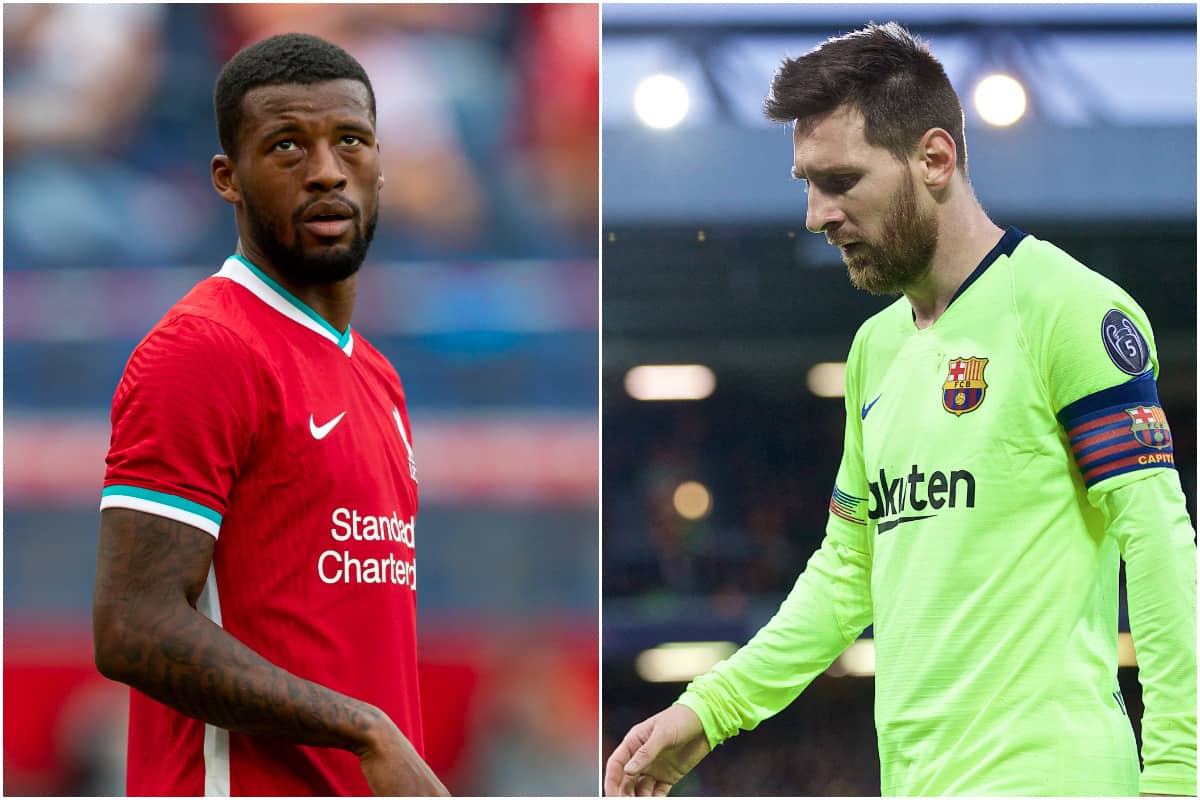 Jurgen Klopp has kept his cards close to his chest when discussing Gini Wijnaldum‘s long-term future at Liverpool, but unsurprisingly did rule out signing Lionel Messi.

As it stands, Wijnaldum appears set to leave the Reds at the end of the season, with widespread reports claiming the club are not offering their No. 5 a new deal.

It could even be that the Dutchman departs in this transfer window, with Barcelona confirmed to hold an interest following the appointment of Ronald Koeman, who was Wijnaldum’s manager with the Netherlands.

For now, however, the 29-year-old is expected to start in Saturday’s Community Shield against Arsenal, and in his pre-match press conference, Klopp was asked about his future.

The manager was understandably closed on the situation as ever, preferring to keep things in-house.

“That’s an open contract situation, obviously, otherwise we would know,” he said.

“That means we don’t talk about it, that’s all. I never did, so why should I change it now? That’s all between us and the player, and all these kinds of things.

“It’s all good in the moment, it’s all fine. Gini looked very good in the pre-season, played obviously a couple of good seasons for us, so that’s all I can say about that.”

If Wijnaldum were to leave for the Nou Camp, he could be joining a much-changed Barcelona side, with Messi among a host of senior players now expected to move on.

The Barcelona captain delivered a shock to the club by announcing his intention to leave earlier this week, with Man City considered front-runners for his signature if no U-turn is made.

Liverpool have never been seen as a viable option for the Argentinian, but nevertheless, Klopp was asked about the prospect of a deal to bring Messi to Merseyside.

“Who doesn’t want to have Messi in his team? But yes, no chance,” he laughed.

“The [financial] numbers are absolutely not for us, so we don’t even have to start thinking about it. It’s all clear, no chance. But good player, to be honest!”