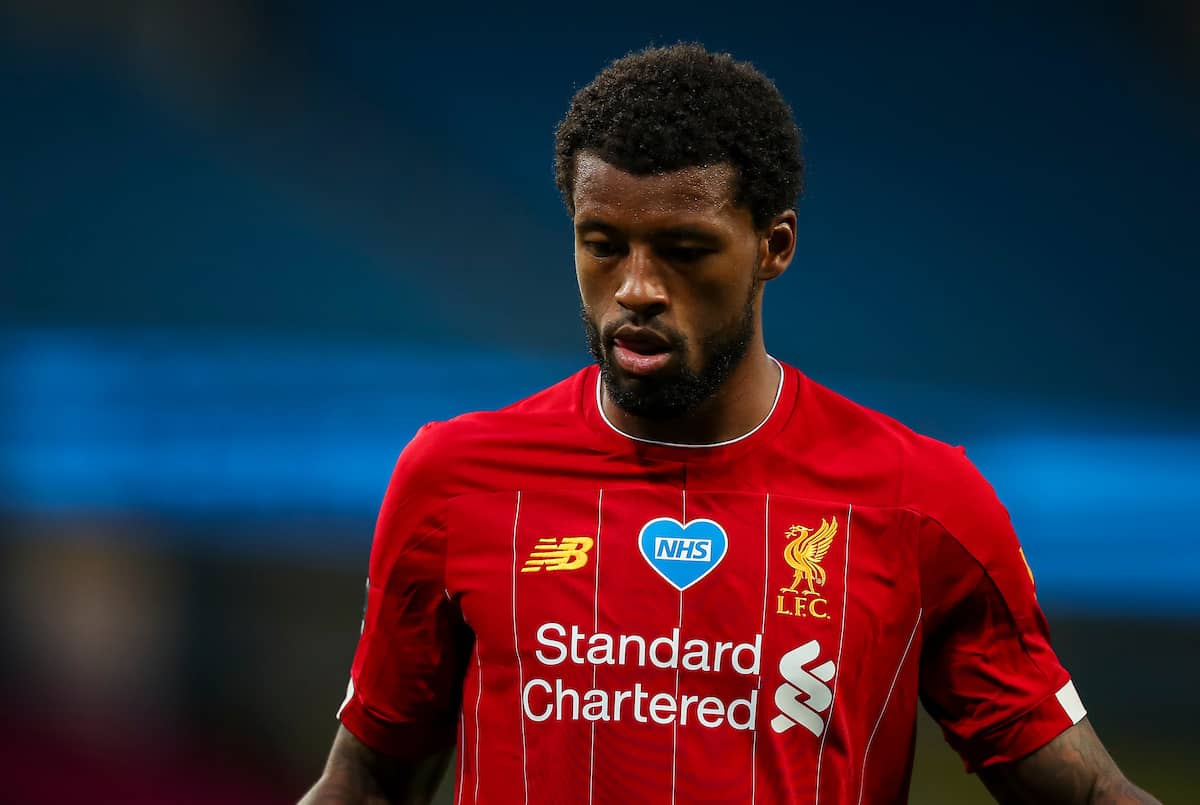 Gini Wijnaldum is not currently in talks with Liverpool over a possible new contract, with there being indications he could leave the club on a free transfer in 2021.

It is an unusual situation for the Reds to not have their house in order, and therefore the looming expiry of Wijnaldum’s deal has been a concern for fans.

The Dutchman is one of the only first-team players whose terms with the club are due to end in 2021, and Liverpool have an option to extend Adrian‘s contract by a further year and are due to announce a new five-year deal Neco Williams.

There is no denying Wijnaldum’s importance to the side, but according to The Athletic’s David Ornstein, the club are seemingly in no rush to tie him down.

The No. 5 is understandably on the radar of a number of clubs, and while he is unlikely to move on in the current transfer window, he could follow Adam Lallana, Daniel Sturridge and Emre Can in departing on a free.

“There are no advanced negotiations over a new contract, and he’s attracting plenty of interest from other clubs,” Ornstein explained in his latest Ask Ornstein Q&A.

“Here we are in the summer and nothing has really changed: there are no ongoing discussions between Liverpool and Wijnaldum over a new deal.

“So it appears he will go into his final 12 months and, as things stands, leave as a free agent next summer.”

Wijnaldum turns 30 in November, and is the third-oldest outfield player in Jurgen Klopp‘s squad, behind only Jordan Henderson and James Milner.

But like the English duo, he is also one of the fittest among the Reds’ senior ranks, and only Roberto Firmino (18,179) has played more minutes than Wijnaldum (14,377) during Klopp’s time at Liverpool.

There is evidence to suggest he will be able to play on for years to come—particularly given his impeccable injury record, which has barely seen him miss a game since arriving from Newcastle in 2016.

If Sky Sports are to be believed, however, the impasse is from the club’s end, with Kaveh Solhekol reporting that “Wijnaldum’s representatives are waiting for Liverpool to open talks.”

He adds that Wijnaldum “loves playing for the club,” and reiterates that “there is no suggestion the 29-year-old is going anywhere this summer.”

It could be a business decision from the club, based on Wijnaldum’s wage demands for what would likely be his last big contract, and if so, Liverpool could bid farewell to their lung-busting midfielder next summer.