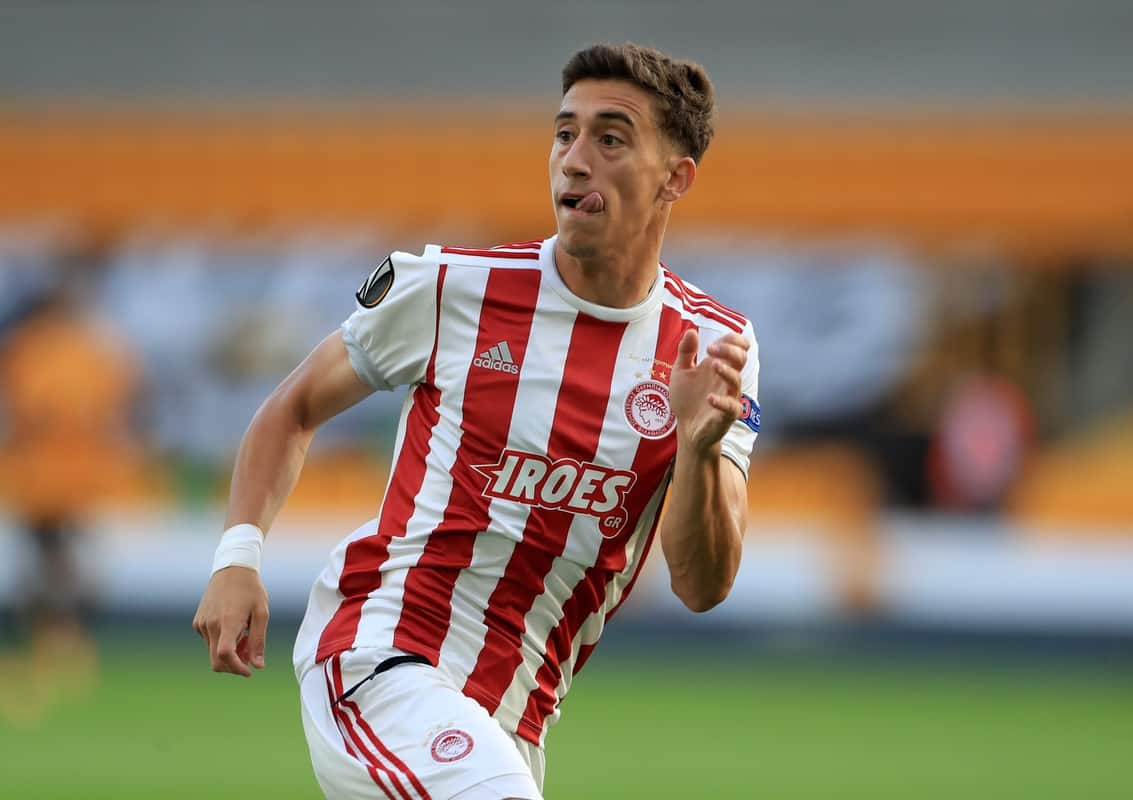 Liverpool are in advanced talks for Olympiakos left-back Kostas Tsimikas for a fee of £11.75 million, with a medical expected early next week.

The Reds are looking to snap up a left-back at the earliest stage having identified the position as an area to bolster with Andy Robertson the only senior left-sided specialist.

And both Tsimikas and Norwich City’s Jamal Lewis had emerged as the top targets, with members of the Merseyside press name-checking the duo in the last few weeks.

The latter, however, has appeared the front runner as the Reds tabled a £10 million offer which was quickly rejected by the, now, Championship outfit last week, with Lewis eager to make the switch to Anfield.

But after Liverpool and Norwich failed to reach an agreement for the 22-year-old, the Reds shifted their focus to landing Tsimikas.

Greek outlet Sportime initially claimed Liverpool had already submitted a second and improved bid for the 24-year-old, with an offer in the region of £14.45m.

They suggested a deal is only a “matter of hours” away with the club and player having already agreed to personal terms, but now the Merseyside press has confirmed the news with the likes of Paul Joyce, James Pearce and Melissa Reddy all confirming a deal for around €13 million (£11.75m) is “close.”

A medical is expected to take place “early next week” for the 24-year-old who made 46 appearances for Olympiakos in 2019/20 and provided seven assists.

Leicester had also said to be an interested party for Tsimikas with Ben Chilwell’s future up in the air, but the Reds have now jumped on a deal for the Greek international following Olympiakos’ elimination from the Europa League at the hands of Wolves.

The third Premier League team Tsimikas faced last season having played Tottenham in the group stages of the Champions League before meeting Arsenal in the Europa League‘s first knockout stage.