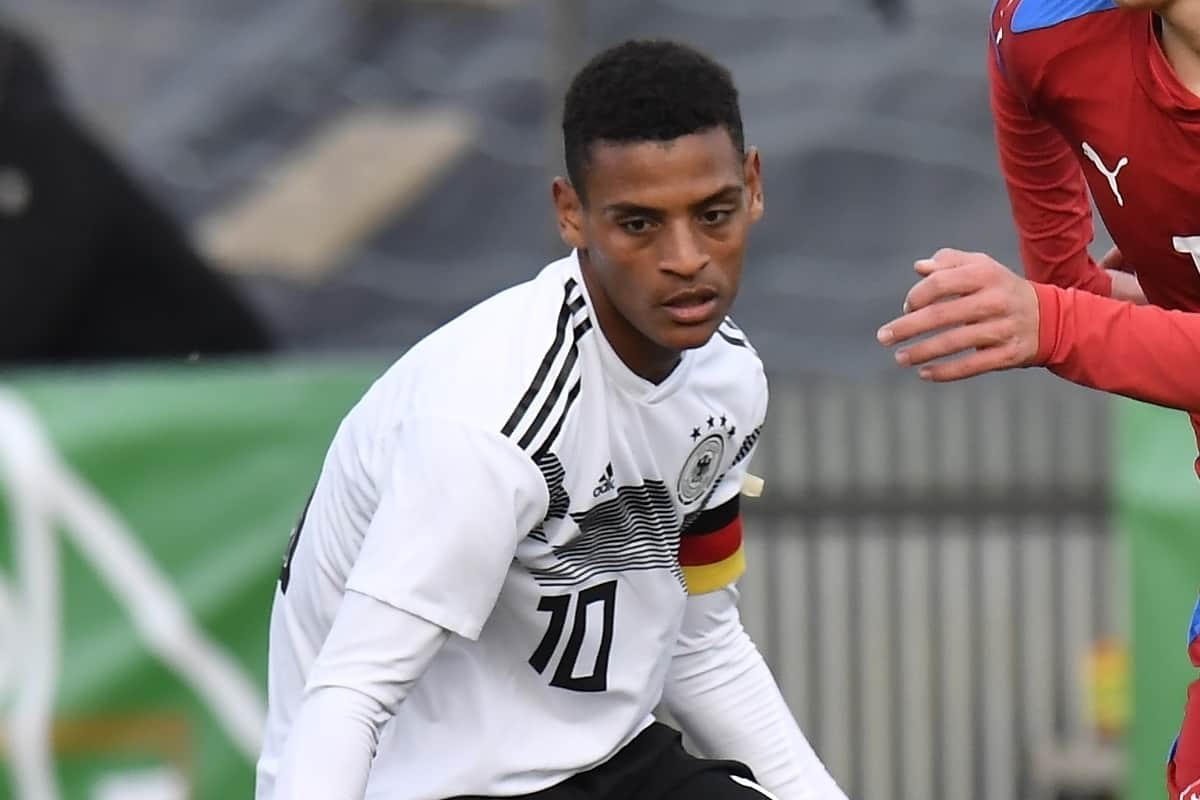 Liverpool have continued their recruitment drive for youth players with the signing of German youngster Melkamu Frauendorf.

The Reds have been mostly quiet in terms of senior activity, with just Dejan Lovren leaving and Kostas Tsimikas joining since the end of last season.

But in youth circles it’s a different matter, with three talented teenagers known to have joined the ranks at the Academy across the last few weeks.

Polish attacker Mateusz Musialowski has already scored in an U18 friendly after joining recently, while compatriot Fabian Mrozek joined at the start of July, a 16-year-old goalkeeper.

Now Frauendorf is also confirmed as a new arrival by the Echo, a German youth international who is extremely highly rated.

Having previously been at Hoffenheim, Frauendorf is an attacker who can play through the middle or off the left, the latter being the role he has occupied with Germany at U16 level.

He’s expected to form part of the U18s for the Reds, under Marc Bridge-Wilkinson, having signed a scholarship deal at the club.