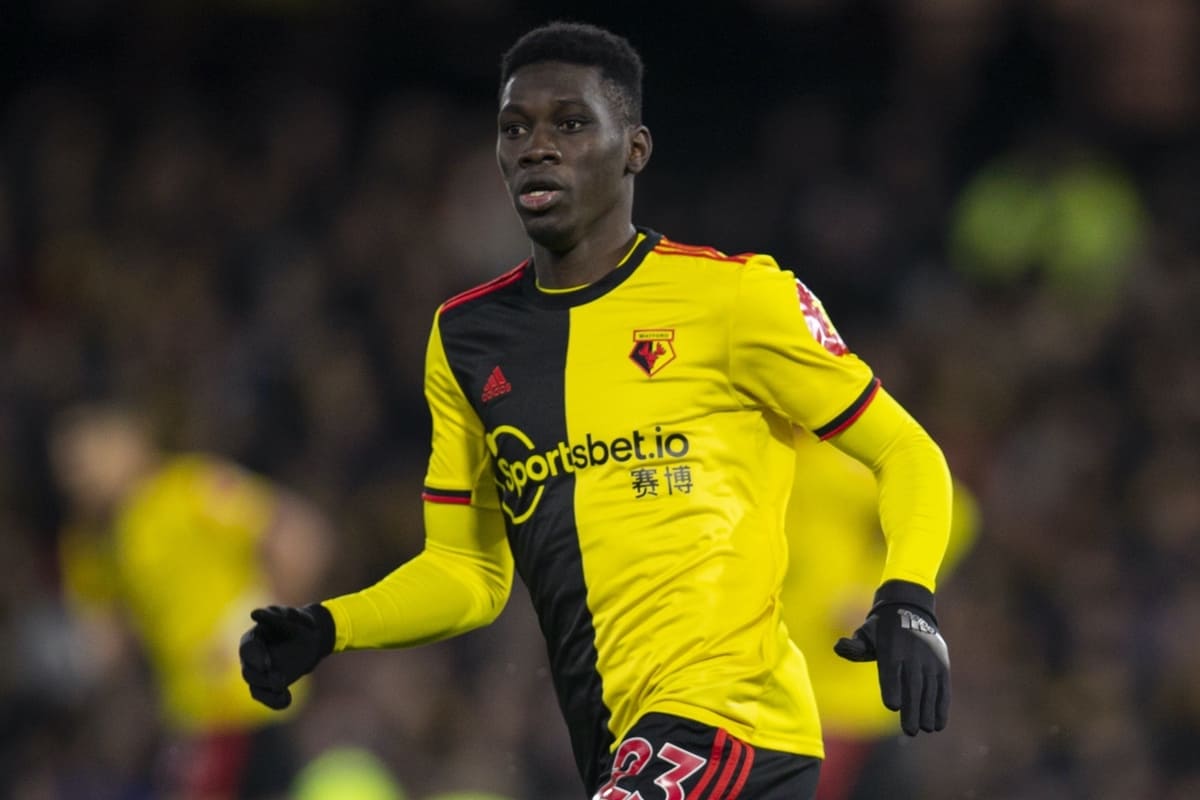 Liverpool’s interest in Watford winger Ismaila Sarr has now been reported by a reliable source, and the club will continue to monitor the 22-year-old’s situation this summer.

The Reds were named among three clubs to have registered interest in Sarr by the Watford Observer earlier in the week, following the Hornets’ relegation.

Watford are said to have also received enquiries from Wolves and Crystal Palace for a player who scored five goals and laid on six assists in 28 games in his first season in the Premier League.

Now, Liverpool’s interest has been corroborated by the Times‘ Paul Joyce, in a column assessing the transfer window ahead for the champions.

The club have already bid for one player from a newly relegated side, with Norwich rejecting their initial £10 million offer for left-back Jamal Lewis, and Sarr is also on the radar.

Joyce claims that the Reds “will monitor” the Senegal winger, who is most comfortable on the right flank but can also be deployed on the left or even up front.

However, he adds that Watford can be expected to demand a “hefty fee,” with Sarr becoming their record signing when he made the £30 million switch from Rennes last summer.

His deal with the Hornets could have included a relegation release clause, similar to the one Liverpool activated to sign Xherdan Shaqiri from Stoke in 2018, but it is as of now at least not public knowledge.

The Mail‘s Sami Mokbel reported prior to the confirmation of Watford‘s drop to the Championship, however, that they would likely need to sell their highest earners due to their being no automatic decrease in wages negotiated in their contracts.

Sarr could feasibly be included in this, given the significance of his transfer fee, and this would likely be made aware to Michael Edwards by his representatives.

Liverpool pulled out of a £47.5 million deal to sign Timo Werner earlier in the summer, but their desire to bring in another forward is clear.

Joyce also notes that both Shaqiri and Divock Origi could be made available to the right buyer, which would open up space in the squad for a player like Sarr.

But any movement is likely to come later in the window, with the club still assessing their finances—though a new bid is expected for Lewis in the coming days, with the belief that a deal worth £15 million could clinch his move.