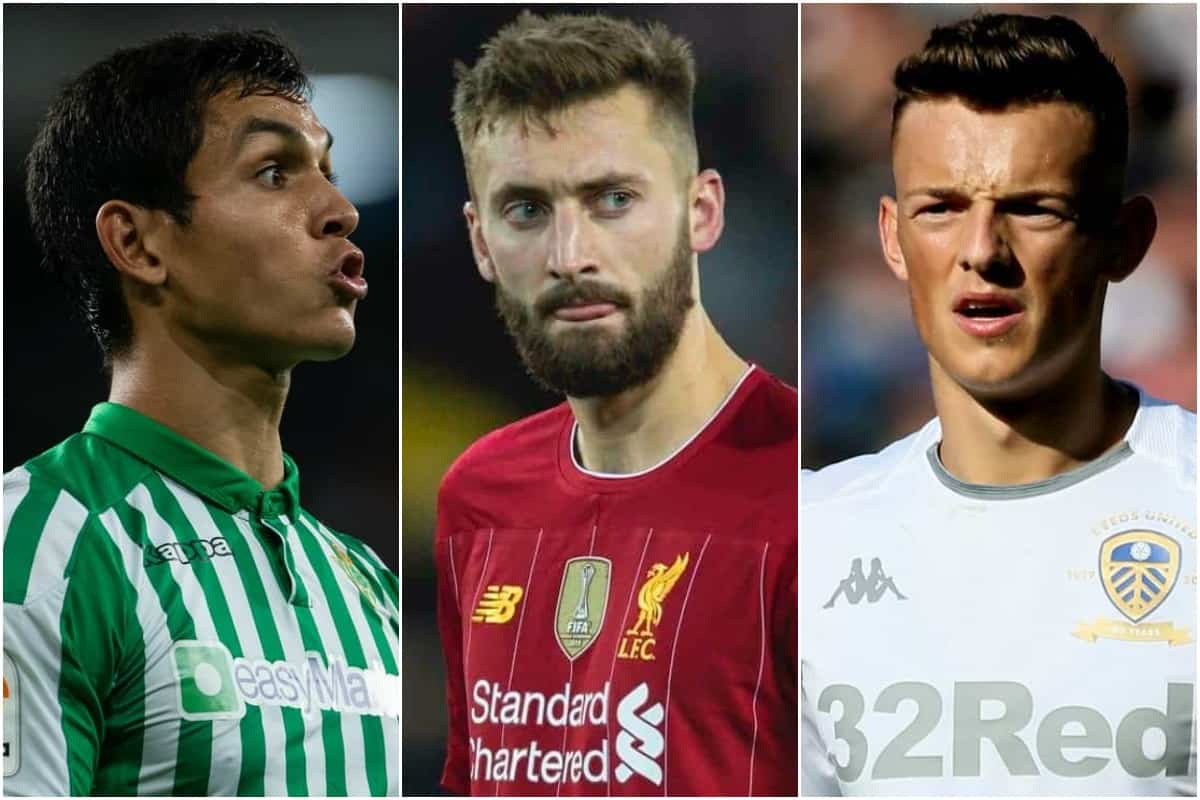 Liverpool are still in the market for a centre-back this summer, but will not pay over the odds as shown by the pursuit of Norwich‘s Jamal Lewis.

Following the departure of Dejan Lovren to Zenit St Petersburg, the Reds currently have just three senior centre-back options at their disposal.

And with Joel Matip and Joe Gomez having been plagued by injury in recent years, with the former making only 13 appearances last season, it has not been lost on Jurgen Klopp and Co. that a fourth option is required.

Despite having been happy to ‘create transfers internally’ by promoting from within this summer to combat the current financial uncertainty, the young Dutch duo of Sepp van den Berg and Ki-Jana Hoever are not yet ready for the demands.

But Nat Phillips presents an entirely different set of circumstances, with the 23-year-old having just returned from a loan spell with Stuttgart, where he made 19 appearances as the German outfit secured promotion back to the Bundesliga.

He did return to Liverpool in January with the Reds suffering a crisis in the heart of the defence, featuring in the 1-0 FA Cup win over Everton before returning to Germany.

But despite being older than Gomez, Phillips has limited experience at the highest level, which is set to leave Liverpool needing to look outside of their four walls.

And The Atheltic’s James Pearce namechecks two possible options on different ends of the age spectrum, with Brighton‘s Ben White and Real Betis’ Aissa Mandi both highly regarded by Liverpool.

The Reds have been linked with the pair throughout the summer, where White’s exponential rise on loan at Leeds United has caught the eye of a number of potential suitors in the Premier League.

Liverpool have “extensively scouted” the 22-year-old who “fits the club’s target profile,” showing confidence, leadership and poise on the ball as he helped guide Leeds back to the topflight for the first time in 16 years.

However, prising him away from Brighton is to be a tough ask as they are reluctant to sell having already knocked back a bid of £22 million from Leeds, and at this stage, Liverpool are unlikely to want to engage in a possible bidding war.

Their stance on transfers, which heavily relies on outgoings to raise funds, ensured both Napoli’s Kalidou Koulibaly and Sevilla’s Diego Carlos were not viable and, therefore, Mandi would be the “cheaper and more realistic option.”

The Spanish side are reported to be eyeing a fee in the region of £11 million, the same Liverpool recouped for Lovren, as they face the prospect of losing the 28-year-old for free next summer following the conclusion of his contract.

The duo are seemingly the cream of the crop for Liverpool this summer, with Pearce noting that Klopp “believes there is a dearth of top-class centre-backs available,” and as such, it will be interesting to see which approach the Reds take.

Mandi would be a cost-effective option but would be set to lose him to the Africa Cup of Nations, while White has bounds of potential but could block the pathway of the young centre-backs currently in the squad.