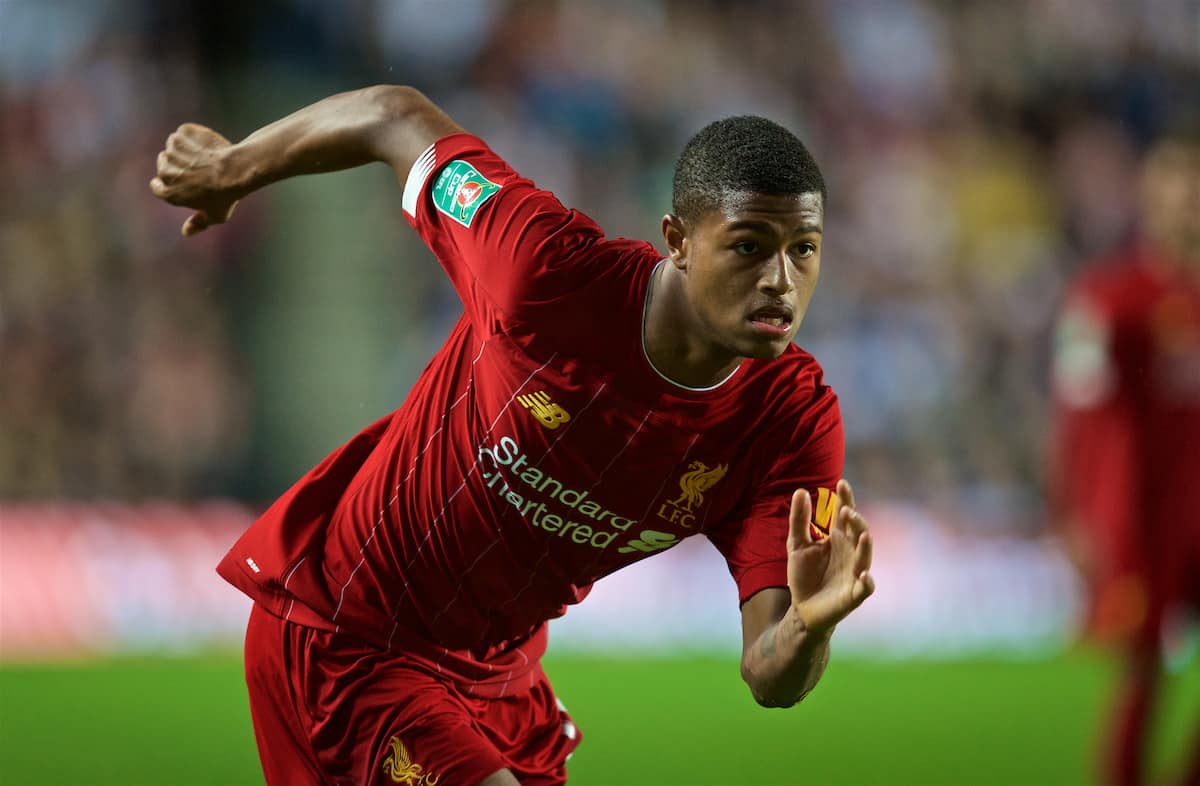 Rhian Brewster has set his sights on “fighting for a spot” at Liverpool for 2020/21, but accepts that Jurgen Klopp will make the right decision for his future.

The 19-year-old took vital another step in his development whilst on loan with Swansea for the second half of last season, scoring 11 goals in 22 appearances as the Swans narrowly missed out on fighting for the final place in the Premier League.

Brewster showed off his range of finishing and his ability to handle the pressure of leading a team having all but dragged Steve Cooper’s side to the playoffs.

The Championship side are rightly eager to retain his services for next season, but there remains an opportunity at Liverpool with a supplementary attacker still on the wishlist.

With financial strains ensuring the Reds cannot splash the cash, transfers from within have been publicly discussed by Klopp and there is scope for Brewster to usurp Divock Origi in the pecking order.

The youngster previously admitted he was in the dark over where his immediate future lies, and while that has not changed, Brewster is eager to show his potential and fight to play at “the home of the champions.”

In an interview with the Beautiful Game Podcast, Brewster insisted he wants to be plying his trade with the Reds next season but understands that Klopp has the final decision, one he trusts regardless if it leads to another loan spell.

“Of course I want to be at Liverpool next season,” Brewster said. “I want to be fighting for a spot to play. Who is not going to want to play at the home of the champions?

“You don’t really want to go on loan but if that’s the best thing for me to do in that situation to get more game, then that is what I’m going to do.

“But, realistically I want to play for Liverpool. I want to be ‘the striker’ so I’m obviously just going to go to Evian [now Austria] and work hard and do what I can.

Brewster joined the rest of the team in Austria on Saturday for the start of Liverpool’s pre-season preparations, in what will form part of his audition to remain with Klopp’s side in 2020/21 as they look to retain their Premier League title.