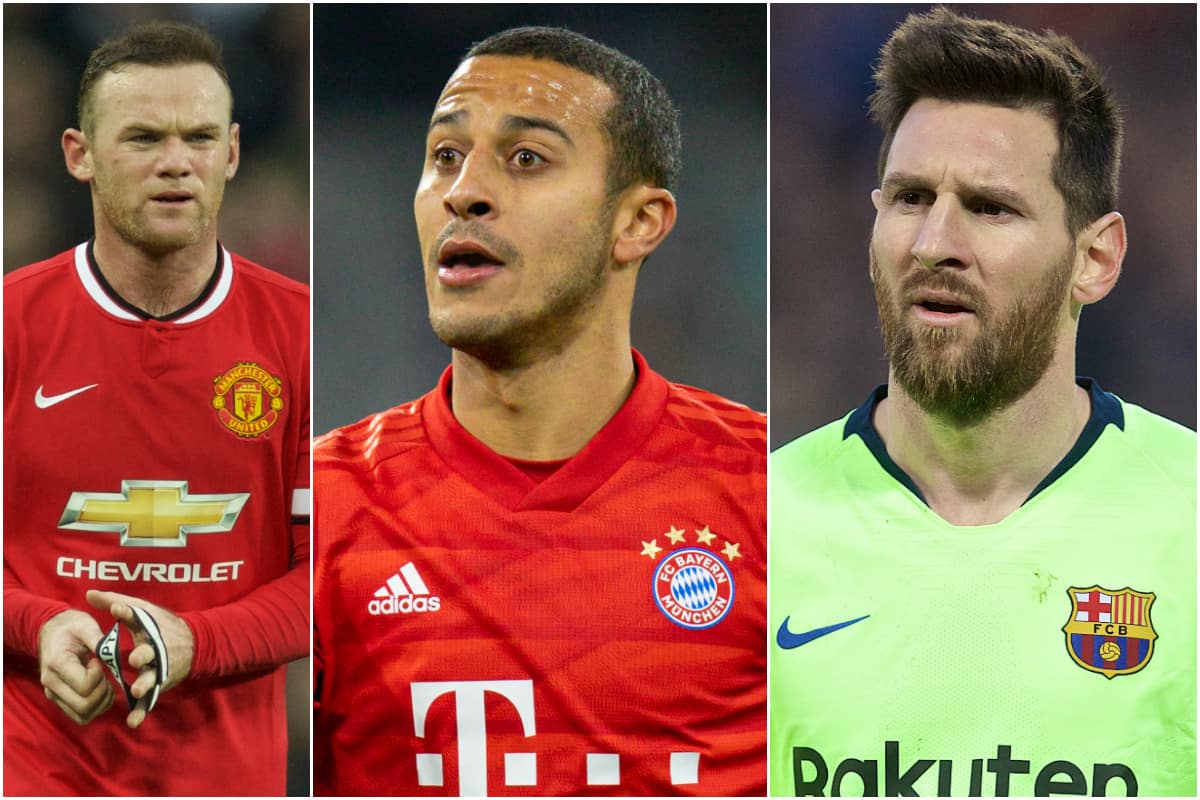 Wayne Rooney has claimed that Liverpool signing Thiago Alcantara would have more of an impact on the Premier League title race than Man City signing Lionel Messi.

The ex-Man United and Everton striker believes that if the Reds bring in Thiago from Bayern, “it is done” when it comes to the title.

That is despite Chelsea‘s significant spending set to continue and City exploring the possibility of signing Messi after he announced his desire to leave Barcelona in a shock move this summer.

City are hoping to be the club to sign the player widely regarded as the best in the world, and arguably the greatest of all time, after he set his sights away from the Nou Camp.

It would be a costly move, with Messi believed to earn around £1 million a week at Barcelona in wages alone, but it is one that would shift the landscape of the Premier League drastically.

However, Rooney believes that Liverpool bringing in Thiago in a comparatively modest deal with Bayern would be the deciding factor in the title race, whether or not Messi moves to Manchester.

“If Liverpool get Thiago from Bayern Munich, I think it is done,” he argued.

“That is a better signing than Messi going to Man City.”

It is a wild statement from the 34-year-old, but in terms of team cohesion and functional impact, it can be argued that Thiago would be a more successful signing in the long term.

Bringing in Messi would uproot City’s structure entirely, both in terms of finances and the way they play, with Pep Guardiola required to build his side around the Argentinian and the club required to pay him much more than any other player.

There is no denying the Barcelona captain’s world-class ability, however, and this makes Rooney’s claim particularly eye-catching.

He continued to assess how Chelsea could influence the title race, along with United, but stressed that “it is between City and Liverpool” when it comes to the eventual winner.

There is no guarantee the Reds will even sign Thiago, with no formal bid made at this stage, and by the same token it is questionable whether Messi will end up leaving Barca, or if this is just a power play to shake up the club’s boardroom.

But while the two players cannot be compared, it is not wholly unlikely that Rooney’s assessment of the scenario plays out.