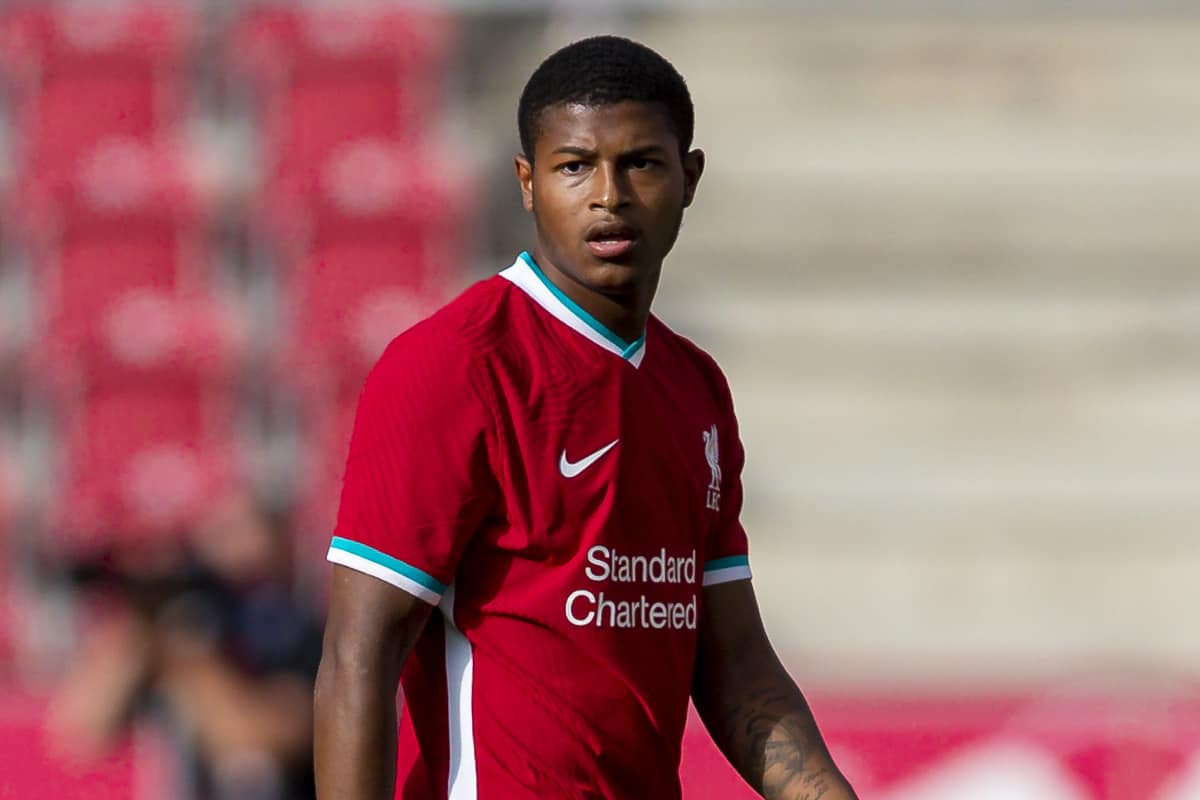 Sheffield United are targeting a loan deal for Rhian Brewster this summer, with Chris Wilder admitting he “would like to do something” with his options up front.

Brewster is one of the most talked-about players on Merseyside heading into the new campaign, with it yet to be decided whether he will stay at Liverpool or leave on another loan.

The 20-year-old scored 11 goals in 22 games for Swansea in the second half of last season, and has picked up where he left off with three in two pre-season friendlies so far for the Reds.

He is now expected to feature in the Community Shield on Saturday before departing for international duty with the England under-21s, after which he will hold talks with Jurgen Klopp over his next step.

The Athletic‘s James Pearce reports that “Klopp is in no rush to make a decision about where Brewster will play his football next season.”

“Liverpool need to know that another club can give Brewster something that they can’t,” Pearces continues, “otherwise, there seems to be little point in letting him go out on loan.”

That would clearly necessitate regular game time, likely at a level higher than Swansea, who are among 11 clubs known to have registered their interest in Brewster.

One of the most interesting options, however, is Sheffield United, with the Yorkshire Post reporting that the two sides are in “ongoing dialogue” over a possible season-long deal.

The Blades are “hoping to be at the front of the queue” if Liverpool do allow the striker to leave, with Wilder revealing that he intends to add to his attacking ranks ahead of 2020/21.

“It’s an important area that we need to strengthen, it’s a key area and we are certainly looking at that department,” the Sheffield United manager told Yorkshire Live when asked about a possible deal for Brewster.

“We are not a club that can release names, we are working away on bringing targets in to make us better.

“There’s a couple of players that we are interested in from the loan market who are with their parent clubs at the minute, which is understandable because it’s a different pre-season to what we have experienced and not many teams have been back for long.

“Hopefully, we can get an answer on them and they can come in on loan because that’s the market we want to use.”

Brewster certainly fits the description there, with clubs like Sheffield United needing to wait until later in the year until they can secure targets, with the transfer window not closed until October 5.

But as he later explained that “we are a club that likes to move the strikers around a bit,” it is questionable whether Liverpool’s No. 24 would be a guaranteed starter at Bramall Lane.

However, they are a side operating at the top end of the Premier League, under an intelligent manager in Wilder who has gained many admirers for his work with the Blades, and a season in Sheffield could certainly aid Brewster’s development.