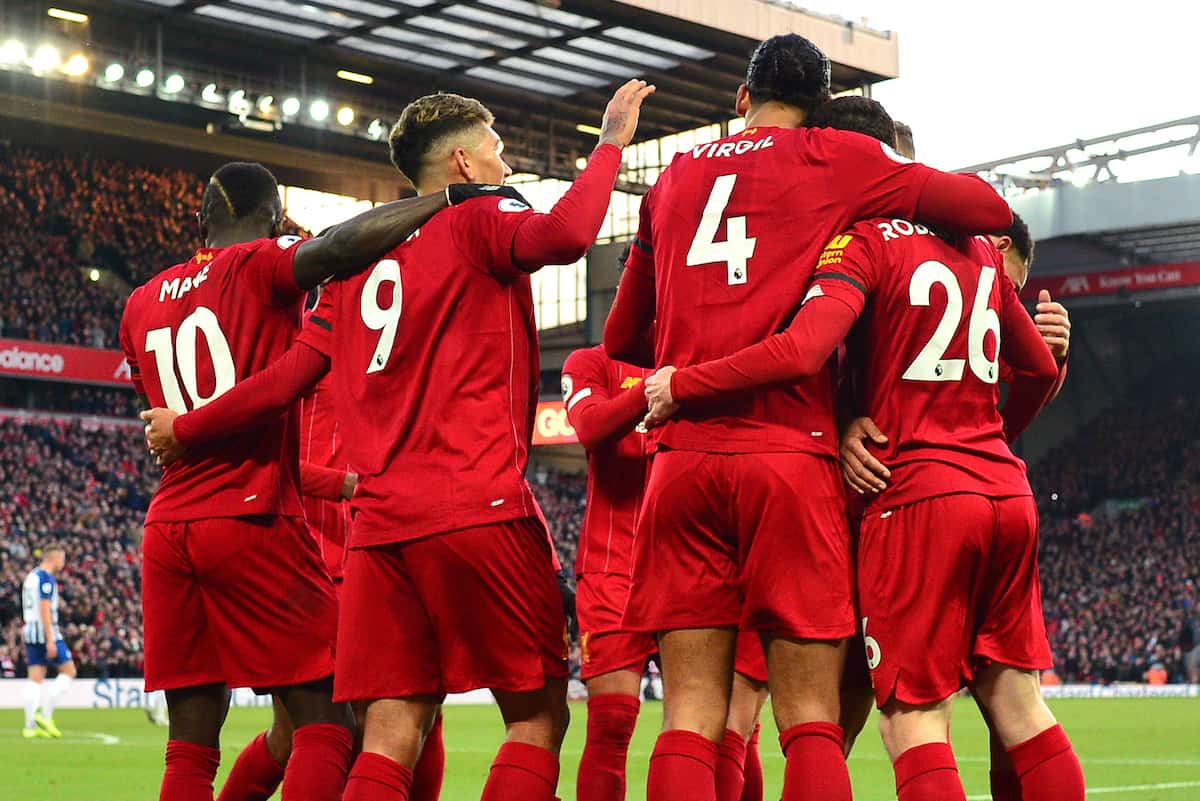 Modern football is measured in an increasing number of ways, but Liverpool are seen to have defied statistical trends to surge to the Premier League title in 2019/20.

It isn’t that the Reds exceeded expectations based on their underlying figures, but they circumvented the whole ideology with their low-risk approach.

With improvements in statistical analysis allowing experts to predict outcomes of situations before they happen, Expected Goals (xG) has become an increasingly popular yardstick.

Put simply, xG measures the quality of a player’s shot and the likelihood of it scoring based on a number of variables including long-term data.

Understat is one of the best widely accessible resources when it comes to this data, and they were able to weigh this up and determine the Premier League table based on Expected Points (xPTS), which saw Liverpool finish second: 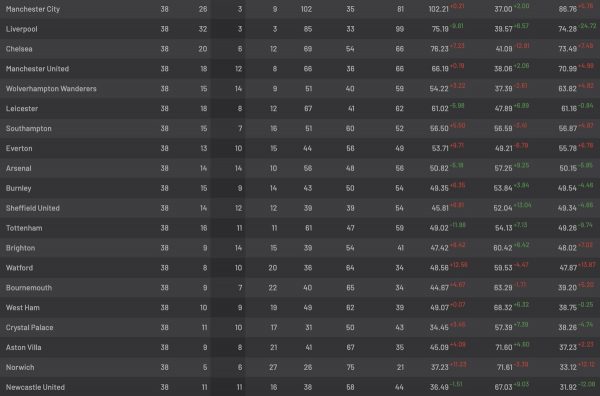 In reality, of course, xPTS is infinitely less valuable than points, of which the Reds finished 18 above Man City to clinch their first title since 1990.

Analytics expert Ted Knutson, who played a key role in Brentford‘s shift to a stats-focused approach, told the Guardian this is an example of Liverpool being “beyond the model.”

“At a certain point when you have had the second and fourth-best Premier League seasons ever and the expected goals models don’t really reflect that, maybe you’ve got some stuff going on that is beyond the model,” he explained.

“Part of [improving the model] is trying to make the data a bit better all the time to reflect that.

“City I think scored 102 goals and had 35 against but they were blowing out teams. They always keep their foot on the gas. The depth City had coming off the bench during the restart was just insane.

“Liverpool, as good as they are, they don’t have that. So they have learned over the last few years to be able to manage games.

“Once they get that second goal, especially, they defend well but probably don’t spend so much time exhausting themselves on the pressing side of it.

“I think those two things are reflected in that table. Liverpool do not always put their foot on the gas.

“But it’s also a little bit how the data and the models don’t reflect some of the edges that they have found and been able to exploit.”

It is an important point to note: City lost three times as many games as the Reds in 2019/20, but won seven more games by a margin of at least three goals, including an 8-0 thrashing of Watford and a 6-1 win at Aston Villa.

Five of those victories, including the 4-0 win over Liverpool, came after defeat to Chelsea handed the Reds the title; it raises the question, therefore, of how important such data is.

As Knutson attests, Jurgen Klopp‘s side have hit a new level in terms of consistency, and this includes their ability to manage games, particularly when they are one or two goals up.

“The execution, even with better data, is what’s going to mark out the elite teams from those who are not,” he continued.

It is a marker of just how good Liverpool have become that their quality is almost immeasurable, and it is a far cry from their early incarnations under Klopp.

This highlights the changing face of football, and having finished with over 24 points more than they were predicted to have picked up, defying the statistics showed why they are champions—they just got things done.