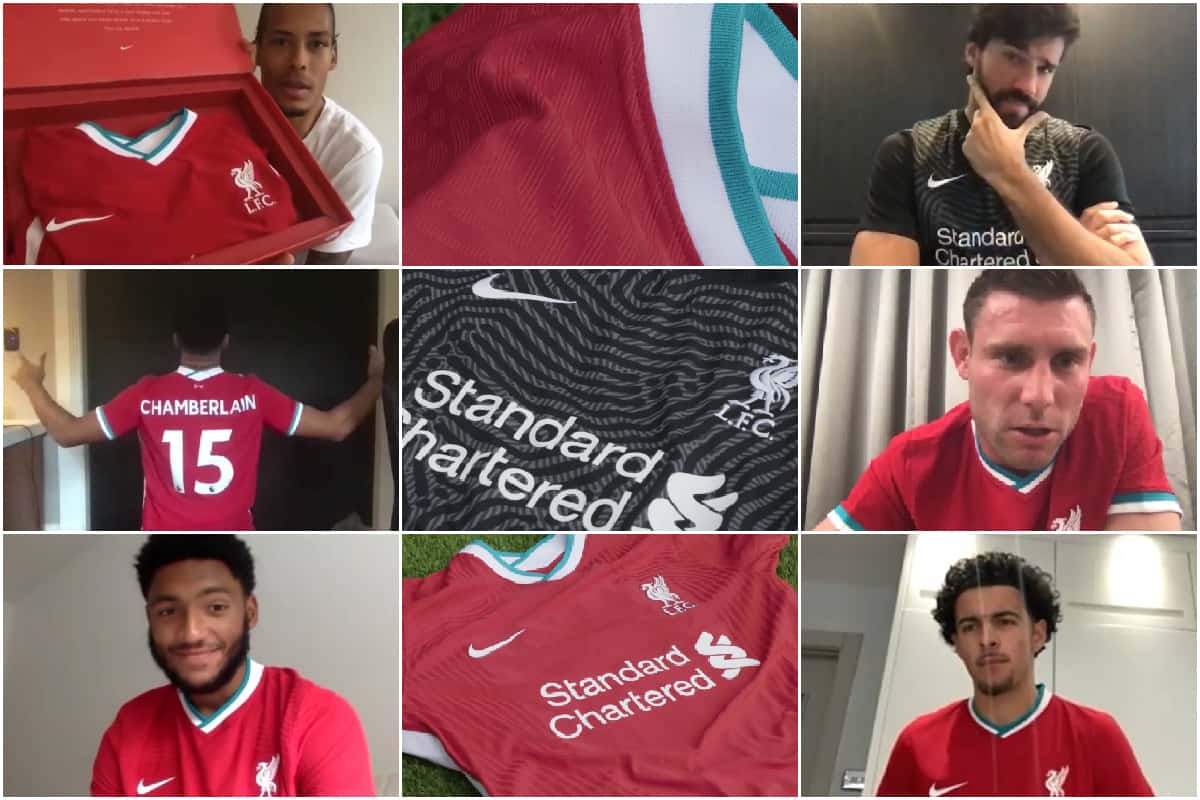 On the release of Liverpool’s new Nike home kit for 2020/21, Virgil van Dijk and Alex Oxlade-Chamberlain were joined by some of their team-mates to unbox the shirts.

The official launch of the Reds’ first kit with Nike was on Saturday morning, following a long delay due to the late end of the 2019/20 campaign.

Liverpool finished their title-winning season in New Balance kits, but with just under a month-and-a-half until next term begins, the club have switched over to their new supplier.

Having signed a lucrative long-term deal with the American brand—with the club set to earn a base rate of £30 million a season with significant add-ons in terms of royalties—it is an important step for Liverpool.

The circumstances surrounding the reveal are noticeably different, with no major photoshoots among the players beyond Jordan Henderson, Curtis Jones and Harvey Elliott posing outside Anfield.

Instead, the most eye-catching part of the unveiling was held over Zoom, as has become the custom over the past three months.

Oxlade-Chamberlain served as host, with Van Dijk joining him for the first look at the new home shirt for 2020/21, and the pair were clearly excited by the offering.

Van Dijk described the shirt as “absolutely fire,” and the linkup between Liverpool and Nike as “the dream team.”

They were joined by Jones, who argued over the pronunciation of Nike, before Henderson, Joe Gomez and James Milner logged on, with the No. 7 happy to finally be involved in a kit launch.

“I just think it’s only right,” he joked.

“Obviously Liverpool have millions of fans all over the world, different ages, and I think they need to see how the shirt looks with the wrinkles as well.” 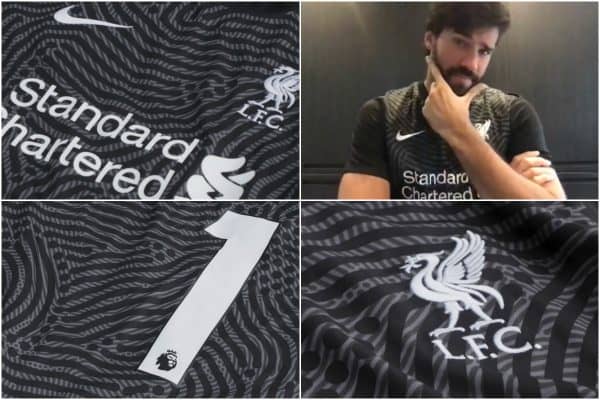 Alisson‘s new home kit is a simple black design with a textured pattern on the torso, and the Brazilian joined Zoom with a pose.

“What a beautiful goalkeeper we’ve got,” Van Dijk said, with Milner saying “he could have had a binbag on though, to be fair, he’d still pull it off!”

“It was looking good until I’ve just seen Robbo with it on,” Henderson added as Andy Robertson joined the call, with the Scot taking flak for his dodgy wifi connection.

Nike are the sixth different kit manufacturer in Liverpool’s history, and are expected to prove a valuable partner to the club going forward.

* The new Liverpool home kit is available to pre-order from the official Liverpool FC store.