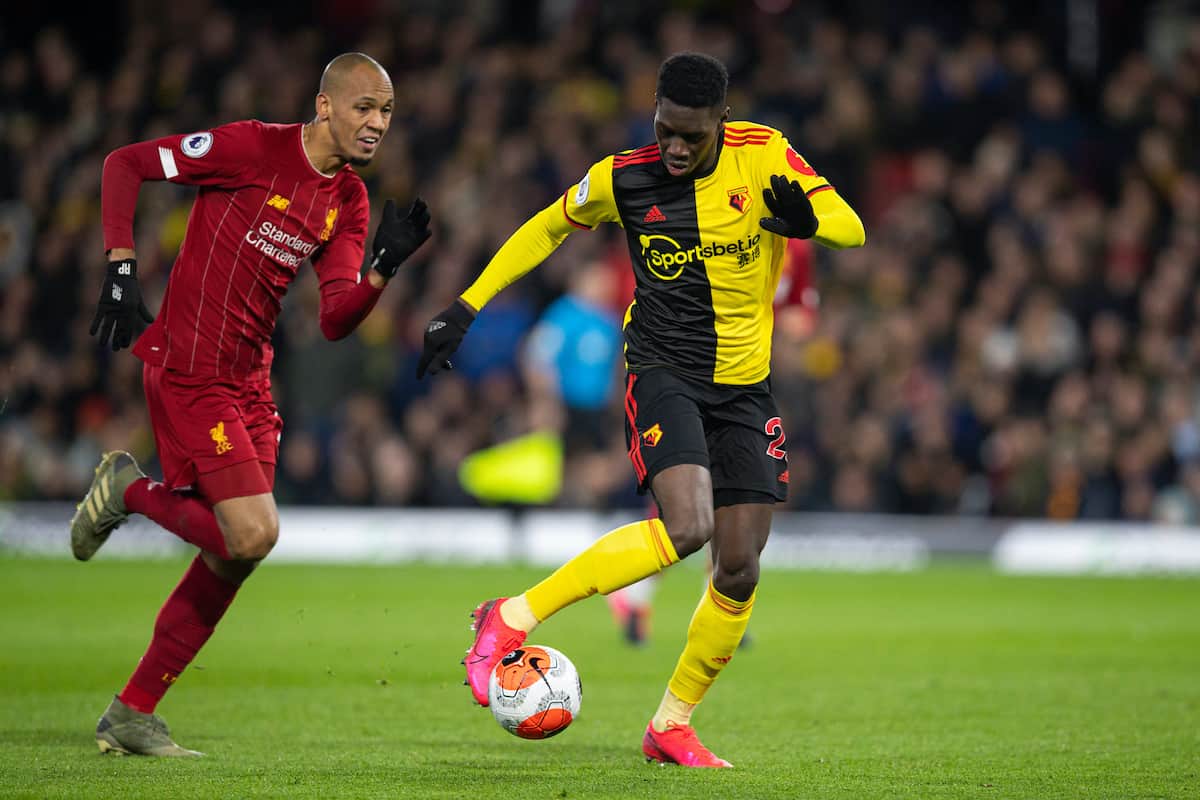 Watford will demand a club-record fee for in-demand winger Ismaila Sarr this summer, with Liverpool described as “front-runners” despite their high valuation.

The Reds have been mentioned as suitors for the Senegal international by a number of sources, including the Times‘ Paul Joyce and The Athletic’s James Pearce.

Talk of a move for Sarr initially emerged in the Watford Observer, who claimed Liverpool had joined Crystal Palace and Wolves in registering their interest in a player who scored six and assisted six in 30 games last season.

Watford‘s relegation to the Championship has made an exit likely for Sarr, despite the 22-year-old only joining last summer in what was a record £30 million deal for the Hornets.

But the Hertfordshire club are expected to use the growing interest in their No. 23 to negotiate a fee worth at least £40 million.

That is according to the Evening Standard, with London-based reporter Simon Collings and former Liverpool club journalist David Lynch collaborating on a piece on Wednesday morning.

They report that not only are the Reds, Palace and Wolves eyeing a move for Sarr, but clubs in both Spain and Germany have scouted the winger, who has four years left on his contract at Vicarage Road.

His lengthy deal puts Watford in a strong position, and they are said to be seeking a fee above the £40 million they received from Everton for Richarlison in 2018.

Whether they are able to secure that remains to be seen, however, but Liverpool are named as “front-runners” and Lynch suggests that the sales of Xherdan Shaqiri, Harry Wilson and Marko Grujic could finance the deal. 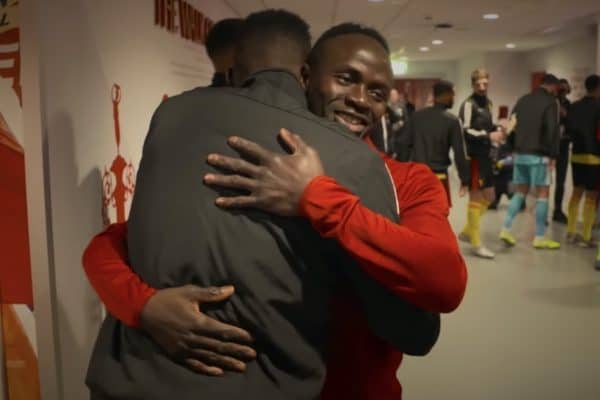 Sarr is “keen on a move to Liverpool,” with a switch to Anfield seen as more attractive than other clubs in the Premier League‘s top six “given it would allow him to play alongside his hero, Sadio Mane.”

“Such is Sarr’s love for Mane he often watches YouTube clips of the Liverpool winger before matches,” the report continues.

Following Liverpool’s 2-0 win over Watford at Anfield in December, Mane was seen telling Troy Deeney to “take care of my boy,” after embracing Sarr in the tunnel.

The youngster subsequently scored two and assisted the other as the Hornets inflicted a first Premier League defeat of the season on the Reds in February, which no doubt impressed Jurgen Klopp.

Though Rhian Brewster is returning from a productive loan spell with Swansea, and there are big things expected of Takumi Minamino, Liverpool could benefit from strengthening their attack further this summer.

The club pull out of a £50 million deal to sign Timo Werner at the beginning of June, but with the news of a £175 million windfall from winning the Premier League, perhaps now they could consider financing a big-money spend.