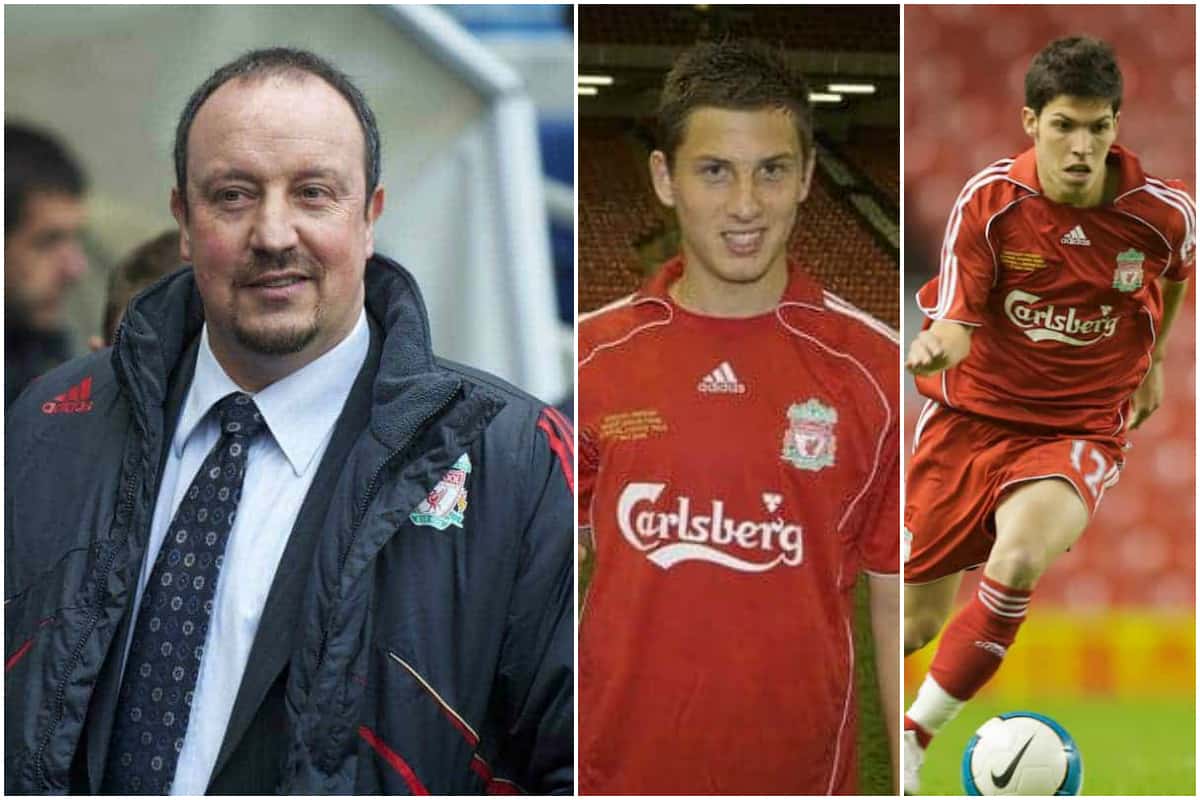 Liverpool have a great recent track record of bringing through talented youngsters, but even the very highest-rated teens don’t always fulfil their ambitions.

The Academy underwent a revolution of sorts during Rafael Benitez’s time as manager, with the then-boss wanting more youngsters from a wider scouting net brought through as the club didn’t have finances to compete at the top end of the transfer market.

That meant moving from just bringing through local youngsters to a worldwide look at talented kids, with goalkeeper Martin Hansen the first overseas starlet to be signed to Kirkby.

There were many more thereafter in Rafa’s time, some of which were seen as the next big thing upon their arrival—and many of whom had extremely different paths thereafter in senior football.

Here’s a look back at the dozen who were perhaps hyped up the most as they joined the Reds, what they achieved with Liverpool and what happened next.

The best goalkeeper in the world of his age, as it was put when the Greek-Australian 16-year-old joined.

Bouzanis has had a pretty decent career, but all around the lower levels, way below what was hoped of him when breaking through.

He didn’t play for the Reds but in England turned out for Oldham, before heading to his home nation with Western Sydney Wanderers and, more notably, Melbourne City. He has just signed for Sutton United in the National League in England, as his partner is Steph Catley, the Australia national team left-back who has now joined Arsenal.

Didn’t manage to make the breakthrough at Anfield and left for Leicester, before sliding down the leagues and heading back to Sweden. Now 30 and turning out for Djurgardens. Made one international appearance for Albania.

Even Jamie Carragher thought he was an obvious one to make the grade, so much did the Hungarian striker impress as a youngster. Joined along with Andras Simon from MTK—Simon has played nearly his whole career back in Hungary, incidentally—but a series of unfortunate timings made Nemeth miss out.

He was injured when chances would have arisen and fractured his cheek in his first loan match away, before eventually moving to Olympiacos.

Has since been on a global tour: the Eredivisie, MLS, the Qatar Stars League and most recently the Slovakian third tier.

Definitely made a success of his career, winning nearly 40 Hungary caps and playing at Euro 2016, but the ‘next Torres’ could have been even more.

Our first former starlet on the list who actually played a game! And yet had the shortest overall career.

Dalla Valle was a prodigiously talented attacker, a forward with goals in his game and skill in his locker, but his only appearance for Liverpool was a Europa League cameo against Rabotnicki.

Left while he was still looking promising, in a double deal to Fulham which saw Paul Konchesky come the other way. Sorry about bringing that up.

Went on to play for Bournemouth and Crewe on loan, then played in Belgium and Norway but left Serbian side Zemun in 2017/18 and opted to retire, aged just 26. Now believed to work in photography and consulting. 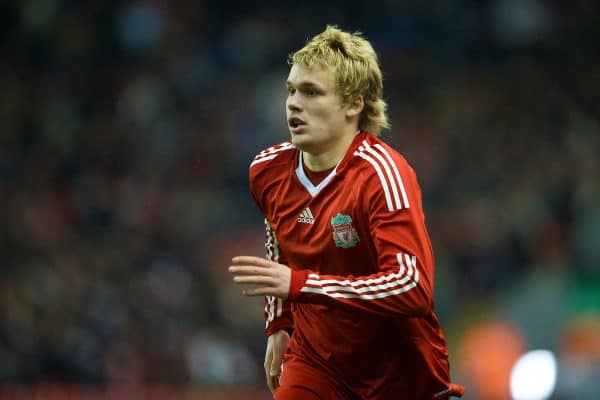 Remember this guy? German winger Buchtmann was named in a UEFA feature as one of the top-10 young talents to watch out for in the coming years.

Within a year or so he had left for Fulham, before heading back to Germany with Koln.

He moved to St. Pauli in 2012 and has been there for nearly a decade, currently in the second tier.

So, how does a talented teenager on the books of Real Madrid and then Liverpool, a Spanish youth international with Argentinian roots, turn out?

At Derry City in Northern Ireland.

The former winger had lots of technical ability but never played at the top level in the end, playing for Blackpool and Huesca, then non-league teams in England and eventually Canadian side Ottawa Fury. He moved to Derry last year and is still there now.

More goals in the Barcelona academy than Bojan Krkic. More talent in his boots than half the players in the first team.

Yet for all Dani Pacheco’s undoubted ability, he perhaps didn’t quite have the physical resilience to make it as a forward, certainly as a youngster in England. He played a few times for the Reds but never scored and has spent most of his career bouncing between Spain’s top two divisions.

Currently with Malaga at 29 years of age.

A good run in the FA Youth Cup can do wonders for a youngster’s reputation.

Paul Anderson looked the real deal as a goalscoring winger for the U21s, as it was then, but he never made a senior appearance for Liverpool.

A good spell with Nottingham Forest was as good as it got, as Anderson has slowly drifted down the league pyramid since then, with the likes of Ipswich, Mansfield and a couple of spells at Northampton. Currently without a club after leaving the latter this summer, aged 32.

Another of the crop who ended up retiring early.

Duran was really highly rated by Rafa and the youth coaches thanks to his brilliant passing ability, but he suffered a host of injuries while at Liverpool and left without an appearance.

A move back to Spain eventually got him on the pitch, but he was only playing in the third tier more often than not retired in 2014, just four years after leaving the Reds, aged 26.

One of the highest-rated defenders out of the French system at the time, Chris Mavinga came from PSG and was seen as a near-guarantee of progression into the first team.

A familiar story ensued, as he didn’t make the breakthrough with the Reds and left without a game.

He has excelled since though: Rennes, Rubin Kazan and Toronto FC are all in his career list, maybe not as high as was hoped for in his early days but a perfectly good career all the same. Now 29 and still with the MLS side.

You may remember this near-genius for a couple of very special goals, more than his time at Liverpool.

Didn’t really spend long with the Reds, only ever being on loan, but was a child prodigy of sorts and proved it afterwards – albeit fleetingly.

Wondergoals with Fulham and the Swiss national team showed his brilliance, but it was short-lived at the top end of the game. Now with Sion and has won a dozen caps.

Finally, a name you might be rather more familiar with.

Joined just a few months before Rafa Benitez left and made rather good on his early promise: a Liverpool debut at 17, a key part of our title push at 19, a £50 million transfer at 20.

He has since won two league titles and a host of individual awards, as well as picking up over 50 caps for England.

See, even the super-hyped up young talents can actually fulfil their vast perceived potential!