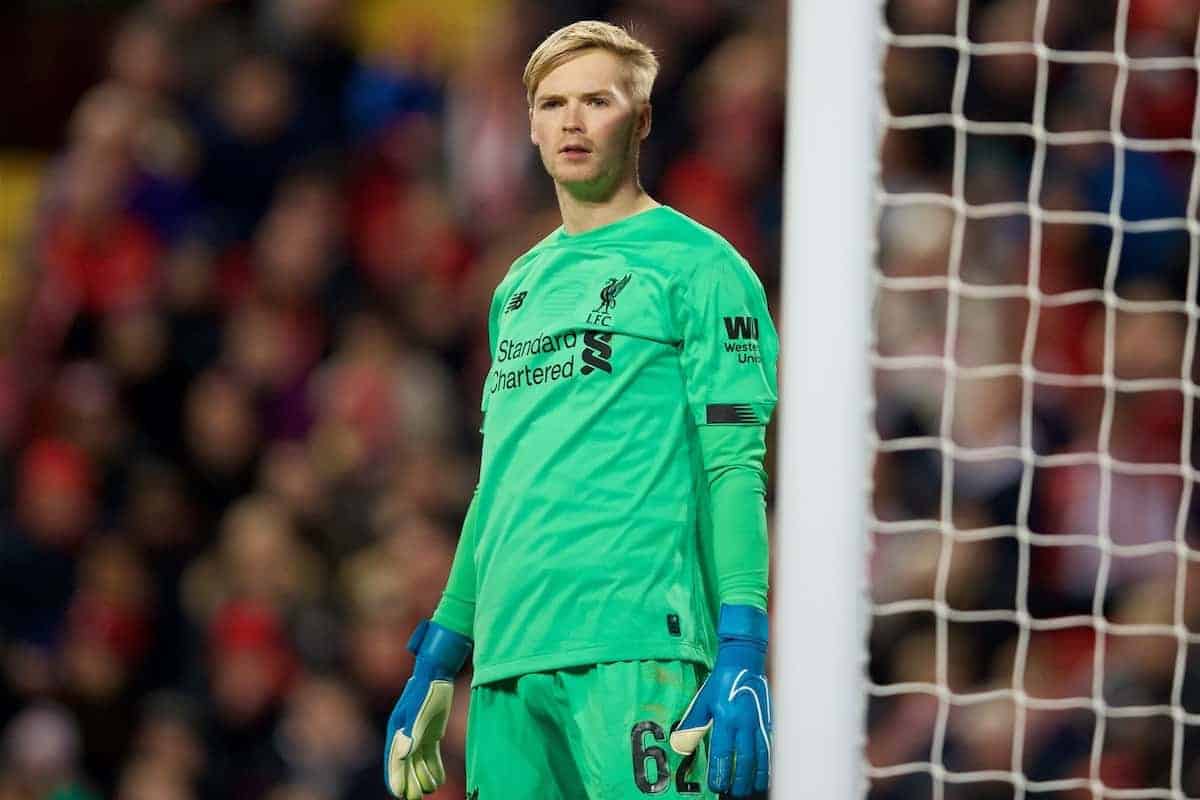 Ex-Liverpool goalkeeper Andy Lonergan has hailed the ability of third-choice stopper Caoimhin Kelleher, but argued that he needs to go on loan to develop further.

Lonergan is currently without a club, after his contract with the Reds expired on August 1, but can reflect on a priceless campaign on Merseyside.

The 36-year-old largely served as a training goalkeeper, allowing the likes of Alisson and Adrian to rest between games and providing his younger team-mates with invaluable experience.

One of those he worked closest with was Kelleher, who stepped up as Jurgen Klopp‘s third choice in 2019/20, making the matchday squad for 16 games, featuring in four of those.

But at 21 and with little experience of senior football so far, Lonergan believes the Irishman—who is part of “the new generation of goalkeeper”—would benefit from a loan move this summer.

“He’s a brilliant ‘keeper, he’s the new generation of goalkeeper. I’m the old generation but he’s so fast,” he told the Liverpool Echo.

“He’s unbelievable, he’s like a central midfielder with the ball at his feet but he can make saves and is brave. He’s got the lot.

“The only thing he is missing is games. John [Achterberg], Jack Robinson, me and Caoimhin all speak about it.

“He’s not got any experience but I know a lot of keepers with experience who aren’t as good as him. It’s a tough one for him. He needs to play games.

“I presume the plan for him is to go out on loan because no-one is getting past Ali!”

It would make complete sense for Kelleher to head out on loan for the season, as though the experience of training every day at Melwood and travelling the first team for games will have been invaluable, there is no substitute for regular football.

The challenge for all parties will be to find the right club for the young stopper, however, as evidenced by Kamil Grabara‘s struggle with a doomed Huddersfield side last season.

Grabara was a first-choice starter for the Terriers until a head injury suffered at the end of January saw him usurped by Jonas Lossl, but he attracted criticism from their fans for his performances in a tough campaign.

It could have been that, with Huddersfield always set for a relegation battle, this was not the right choice for the Pole, and Liverpool cannot risk another disappointing loan move from a goalkeeper who is seemingly rated even higher in Kelleher.

A lot depends on how much Klopp and Achterberg rate his future prospects, but as Lonergan attests, hopes are seemingly high for Kelleher on Merseyside.