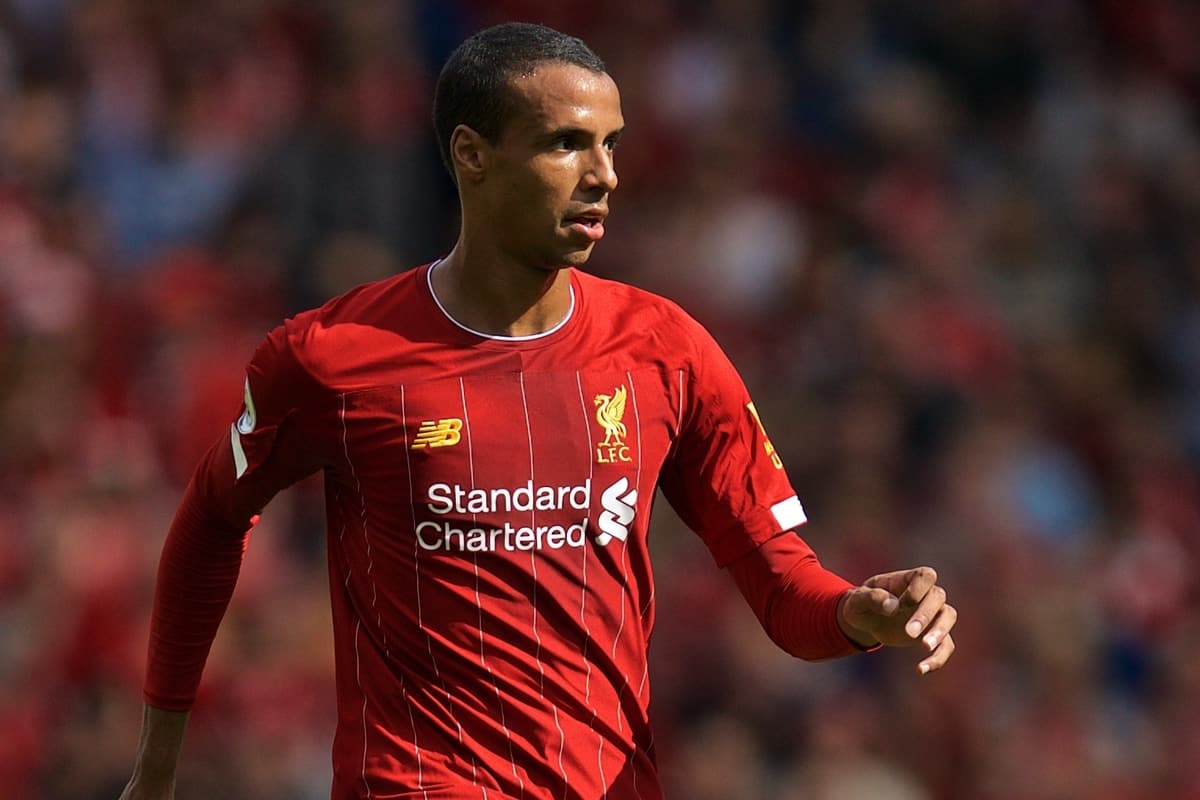 Joel Matip was the subject of surprise speculation over a move to Paris Saint-Germain over the weekend, with a number of English outlets now picking up the dubious story.

Matip is coming off the back of a frustrating season that saw him make just 13 appearances for Liverpool, with his campaign ending prematurely due to a foot injury.

It is a familiar situation for the 28-year-old, who has proved an excellent servant for the Reds since his free transfer from Schalke in 2016, only for his consistency to be hampered by fitness issues.

Nonetheless, he remains a valued part of Jurgen Klopp‘s first-team squad, playing 111 times so far, with the manager regularly praising his countryman as he battles Joe Gomez for a starting spot.

It even suggested that PSG winger Eric Maxim Choupo-Moting had contacted his fellow Cameroon international to advocate a move to the French capital.

This was then reported by Allez Les Lions in Matip’s native country, with Kick442 then adding that PSG “are considering him as a replacement for Thiago Silva.”

The story has since been relayed by the Liverpool Echo among others, and somewhere along the way a price tag of £50 million has been mooted, with fans discussing the story on social media:

If PSG bid £50m for Matip, would you keep or sell?

If we you think we should even entertain the idea of selling Joel Matip, you’re not well.

Seriously, though, I wouldn’t countenance selling Joel Matip. He’s had his injury issues, but lots have been unlucky(like falling awkwardly against Napoli last season). Experienced, brilliant in the air and excellent on the ball. Also seems cool with rotating. Full package.

#Matip's injury record. What if, just hypothetically, the club got rid of Lovren and Matip to finance a new expensive CB and are looking into promoting Hoever. pic.twitter.com/yHwXibrmGQ

Matip starts ahead of Gomez for me, so why would we sell him ????? he ain’t going anywhere ??

Matip is 29 next week. He’s also never had a full season for us without missing significant time with injury. If we were offered £50m+ for a third-choice centre back in that situation, we’d have to sell, however good he is.

Good luck to PSG if they want to negotiate for Matip … Edwards be leaving in a taxi with Mbappe, Neymar and Verratti

At this point, it seems highly unlikely that Liverpool would consider selling Matip, and though a £50 million offer would surely impact this, the dubious nature of the rumour suggests that is fanciful.

Firstly, the way in which the story has developed—from a tweet, to a series of stories, to a full-blown ‘£50m swoop’ according to the ever-doubtful TEAMtalk—is particularly questionable.

There has been no corroboration from reliable journalists, with this being a prime example of how valuable transfer rumours are to tabloids, regardless of whether or not there is any truth in them.

And furthermore, with fourth-choice centre-back Dejan Lovren having already left for Zenit St Petersburg, the Reds are unlikely to part ways with the next in line behind Gomez and Virgil van Dijk.

Klopp’s faith in Matip was underlined as the club sanctioned a new five-year contract for the defender in October.

The length of his extension—which will have included a pay rise and keeps him at Anfield until 2024, by which time he will be a month shy of 33—is a signal of his importance.

While his injury record may be a concern, there is clearly a belief that these are not a long-term concern—he has, after all, made 30 or more appearances in each of the previous three seasons—and that when called upon he will be able to perform.

Liverpool are likely to be in the market for another centre-back this summer, despite both Ki-Jana Hoever and Sepp van den Berg waiting in the wings, but that will be as a replacement for Lovren.

To allow both Lovren and Matip to leave would be negligent, particularly as there appears to be little money to spend in the transfer market this summer.