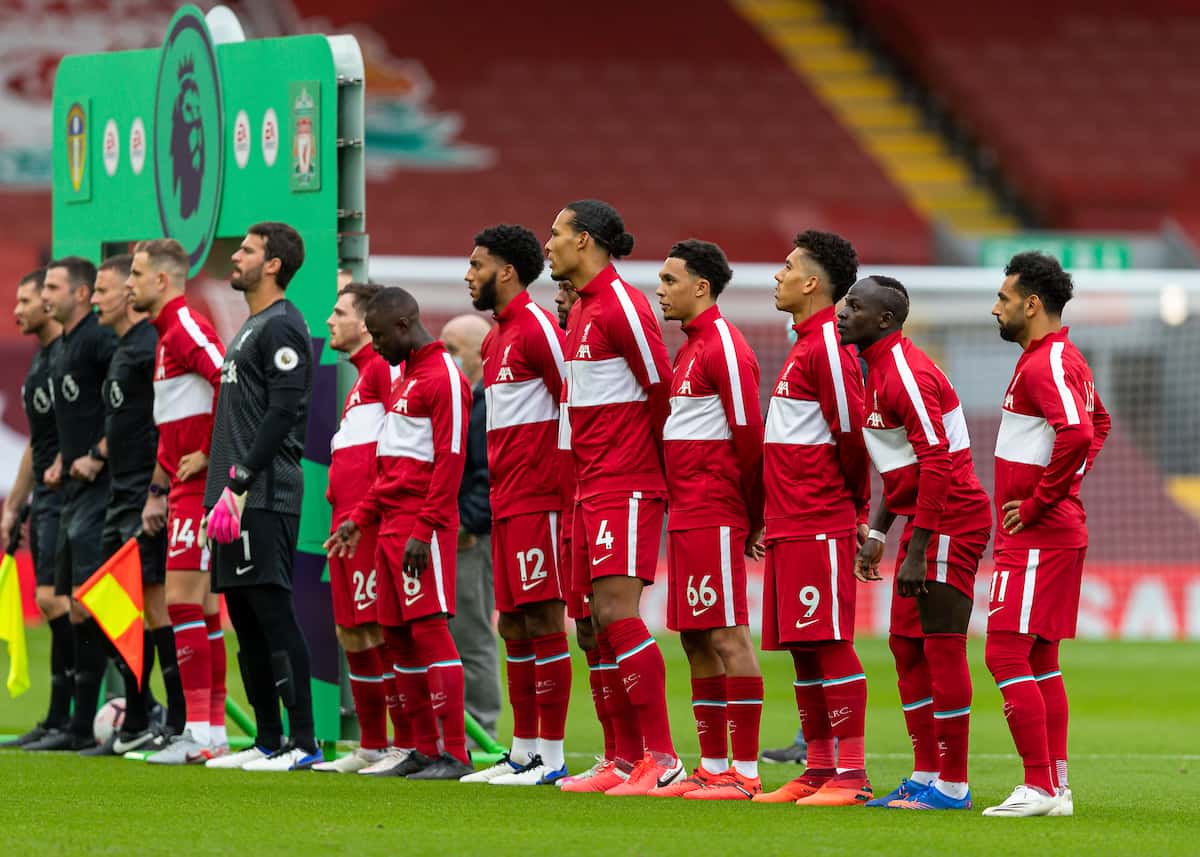 The prime minister has discussed new safety measures for COVID-19 across the UK, including a pause on the return of fans to football, which could last six months.

Earlier on Tuesday, cabinet office minister Michael Gove confirmed that the government had planned to put a “pause” on plans for a staged reintroduction of supporters to major sporting events.

Liverpool had hoped that around 12,500 fans would be able to attend Anfield for the Premier League clash with Sheffield United on October 24, but that is now due to be scrapped.

In fact, the Reds may not play in front of supporters until the start of March at the earliest, with prime minister Boris Johnson announcing new measures in the House on Commons.

Johnson explained that these restrictions are provisionally in place for the next six months, though confusion still reigns over exactly why certain activities are limited and others are not.

That appears to be par for course within the current government, but regardless, in the interest of safety, these guidelines will need to be followed.

There is hope that restrictions can be lifted sooner, but with COVID-19 cases back on the rise in the UK, Johnson stressed that these will only be reviewed if improvements are seen in the data.

“If those facts change, if things turn around, if the British public do what they did before, then of course, we will review the measures and review the situation,” he told MPs.

In a statement on Tuesday, the Football Supporters’ Association stressed the importance of a return of fans to stadia as soon as possible, with sporting groups hoping for financial support from the government.

“The FSA has written to the government to stress how important it is that we start to allow fans back into games,” the statement read.

“Feedback from our members at test events has confirmed high levels of compliance with all the health and safety measures put in place, and that they felt safer at games than they have done in many other social situations.

“Having fans at games is of course not only important to the lives of supporters, it is also crucial to the survival of so many clubs who play a crucial role within their communities.

“A combination of revenue at the ground and government support is urgently needed to keep clubs going.

“The government has to listen to fans and football clubs on this one.”

The overriding concern is that clubs will continue to be without a significant source of their income—particularly those further down the football pyramid, but also those at the very top, like Liverpool.

Liverpool have already acknowledged the impact of playing at an empty Anfield, and this is now set to go on long into the future.