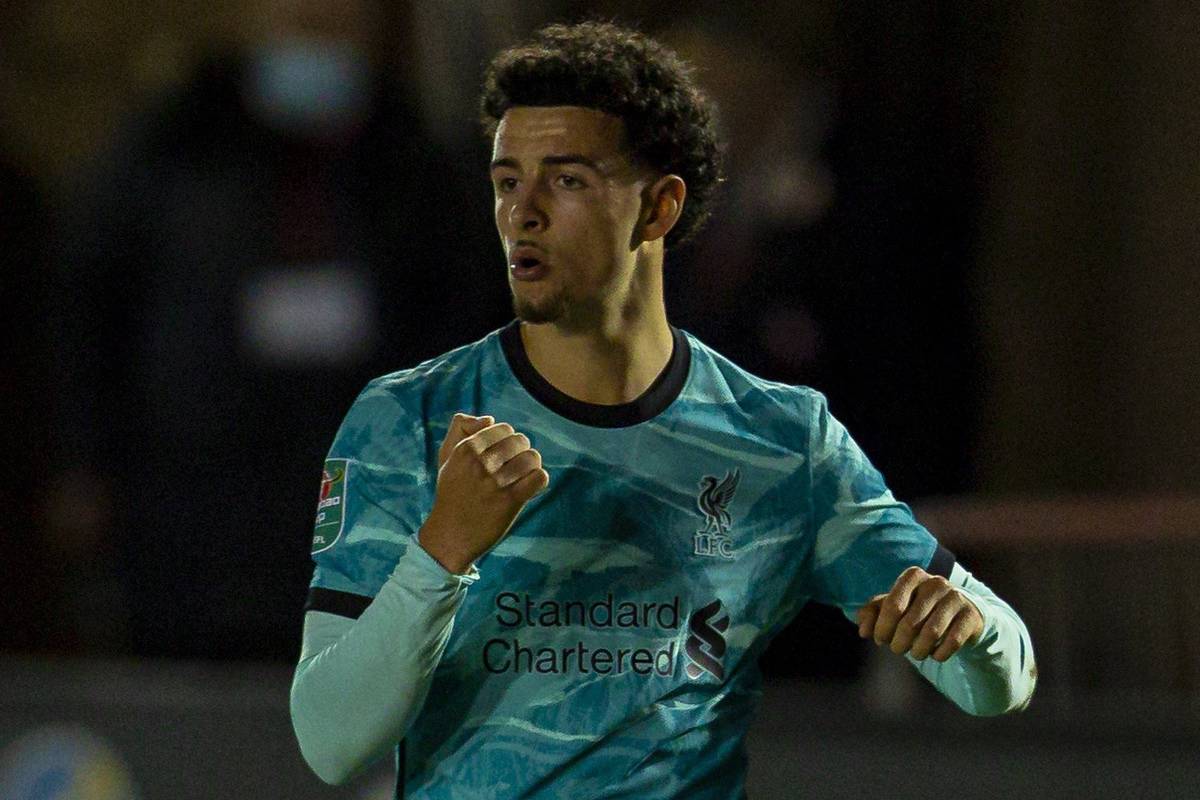 Curtis Jones put in a Man of the Match performance at Lincoln in the third round of the League Cup and stressed that he is always waiting for his opportunity to give “100 percent.”

The 19-year-old made his 16th competitive outing for the Reds against the League One side and his seventh career start, one which he ended with the Man of the Match award.

Deployed in midfield, Jones showed off his skill in possession and his ever-growing confidence to help steer Jurgen Klopp‘s side to a dominant half-time lead which paved the way for a 7-2 win.

A double in the space of four minutes showed off both his technique and his ability to operate in tight spaces and create space for himself to take aim at goal, with his tally for Liverpool now sitting at five.

And while not wanting to claim one his efforts as the goal of the game, Jones was eager to praise the team effort as the club progressed to the fourth round of the competition.

“I thought we started well, fair play to Lincoln they turned up and gave us a good game. But I thought we were the better team on the night and the scoreline shows it,” he told Sky Sports after the game.

“There was seven good goals, I think mine was an individual one and there was team play goals I would say, but I’ll leave that [the best goal of the night] down to the pundits and fans!” 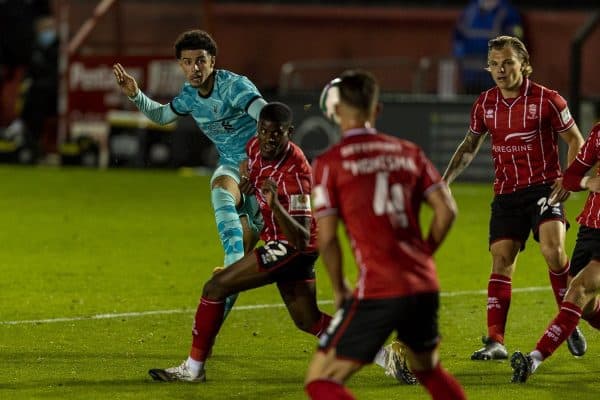 The match was Jones’ first of the 2020/21 season and with competition for places heating up in the middle of the park, the teenager voiced both his dedication and patience on breaking into the team.

With the likes of Thiago, Jordan Henderson, Gini Wijnaldum, Naby Keita, James Milner, Fabinho and Alex Oxlade-Chamberlain on the books, chances will need to be seized.

And Jones is just waiting for his opportunity to shine, insisting he will “always give 100 percent” to the cause whether he is chosen to start in the XI or on the bench.

“I’ve always said whenever I’m called upon I’ll always give 100 percent and I show that every game I play so I’m just waiting for my turn,” he stressed.

“There’s a great pick in [midfield] so I’m waiting for my turn and any time I am called upon I will show up 100 percent.

“Hopefully [a start against Arsenal in League Cup]. The team is great, it’s a tougher opponent so I’ll just have to respect the gaffer’s decision.

“If I’m picked I’ll give 100 percent and if not then I’m to ready to come on, so either way I’ll be ready and I’m just waiting for my opportunity.”

With progress to the fourth round now confirmed, Jones has done his chances of starting against Arsenal at Anfield no harm in what will be another much-changed side for Liverpool.