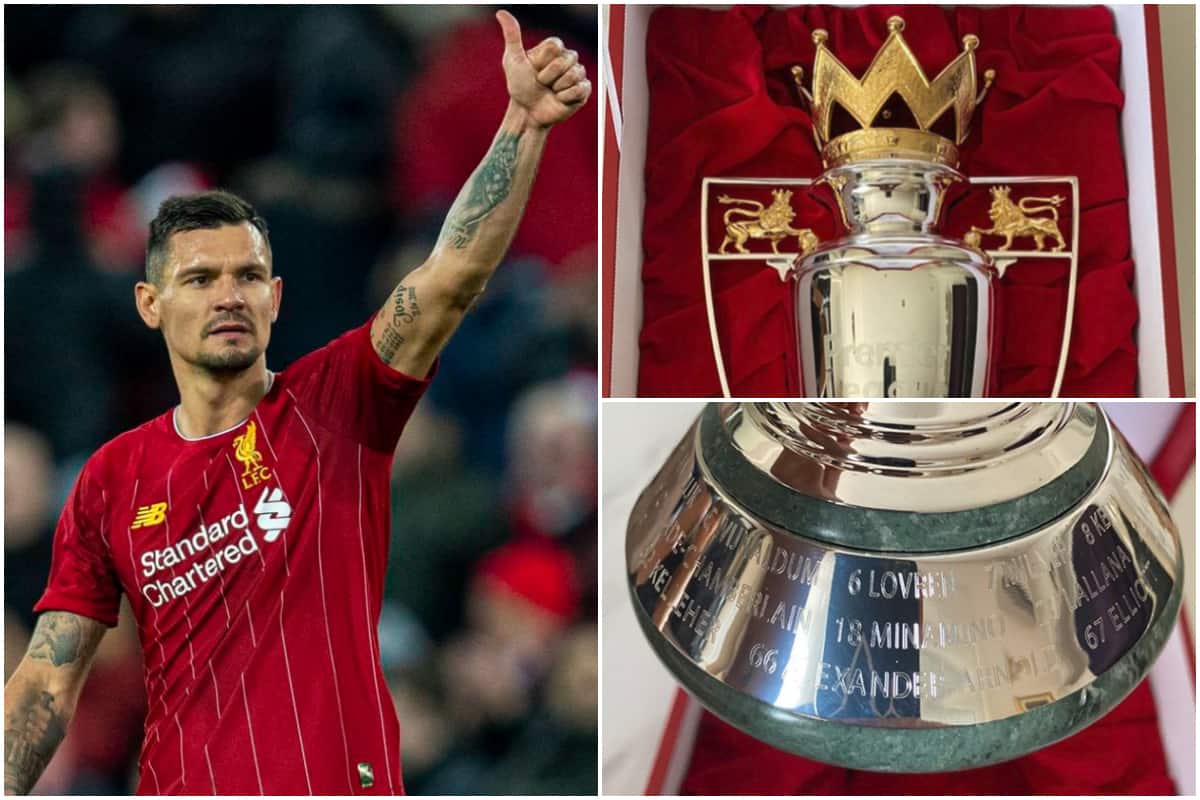 Liverpool skipper Jordan Henderson has shown his brilliant human side on more than one occasion this year and his captain’s nature has shone through once more.

Dejan Lovren was a rare senior departure from a tight-knit group this summer, a Premier League title-winner who ended six years on Merseyside.

The centre-back was in and out of the starting lineup over the last couple of years, but his influence within the dressing room was no less for that—and Henderson clearly appreciated it.

Lovren has taken to Instagram to reveal that, after his departure to Zenit and the Reds’ subsequent return to pre-season training, Henderson sent a gift and a heartfelt message the way of the Croatian defender.

A replica of the Premier League trophy appears to have been engraved at the bottom with, instead of the title-winners’ names, the squad number and name of every player in last year’s squad.

It’s a superb memento for the individuals involved, and a really thoughtful touch from Henderson who continues to show he is worth so much more to Liverpool FC than just his midfield talents on the pitch. 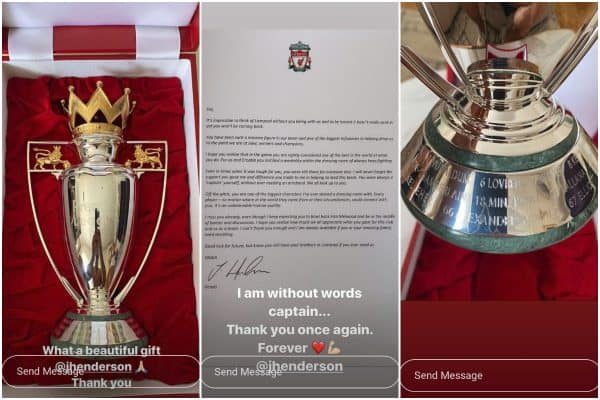 As well as the trophy, Henderson sent a letter telling Lovren it “hasn’t really sunk in yet” that the former No. 6 won’t be returning.

The skipper points out Lovren’s “mentality within the dressing room” being a massive factor in how much he was appreciated, saying he helped Hendo himself lead the team and was “a ‘captain’…without ever needing an armband.”

Henderson says those feelings are the same for every member of the squad at Melwood towards Lovren.

“I hope you realise how much we all appreciate what you gave for this club and us as a team. I can’t thank you enough and I am always available if you or your amazing family need anything.

“Good luck for the future, but know you still have your brothers in Liverpool if you ever need us. YNWA.”

If any further proof was needed at just how important the togetherness and unity at the club has been in the pursuit of success, this touching farewell gift is surely it.