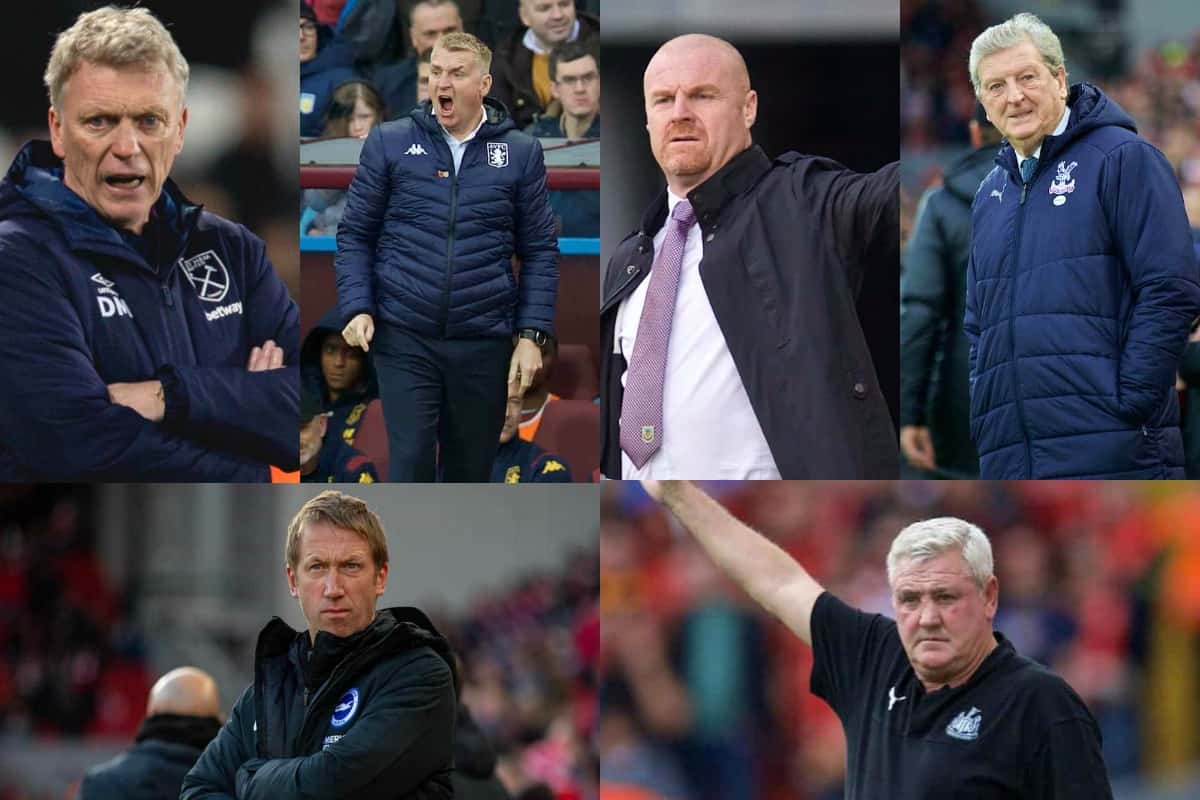 While many are predicting newly promoted West Brom and Fulham to struggle, most expect Leeds to stay up – so which other Premier League sides will be watching over their shoulder this season?

Bournemouth and Watford were the established teams to make the drop last season, with Aston Villa surviving by the skin of their teeth.

Villa will be one of those in the relegation mix again this season and you can expect some other familiar faces to be down there with them.

West Ham appear to be in complete turmoil (again) and there’s talk of huge issues behind the scenes after the sale of Grady Diangana to West Brom.

Burnley, despite a top 10 finish last season, appear to be going stale under Sean Dyche and talk of unrest there stems back to during lockdown.

Roy Hodgson has attempted to add some youth to his very ageing and one-dimensional Crystal Palace squad, while Steve Bruce has gone on a spending spree of sorts by signing two players from relegated Bournemouth.

Finally, Brighton improved under Graham Potter last season but will they have enough to avoid being in the relegation scrap this season – led by Adam Lallana?

We spoke to fans of these clubs ahead of the new season.

Where do you think Burnley will finish?

I’d like to think that Burnley have settled into the kind of mid-table team we know they can be. After the dizzy heights of seventh and then a poorer season that followed, finishing 10th this time felt about right. Crucial to this, though, is keeping Sean Dyche and continuing to add to the squad to maintain competition for places and stop complacency creeping in.

Well, who knows when away fans will be back, but when they are, regular visitors will remember that the cricket club, which backs onto the away end, always welcomes travelling supporters and offers them a base to have a drink and gather safely. It is right next door to where they need to be.

New signings are quite rare at Burnley – so far this summer we’ve just added goalkeeper Will Norris from Wolves as probably third-choice, following the departure of Joe Hart and Adam Legzdins.

We’ve been linked with a few names but have learnt to not get excited, as business is quite often done towards the end of the transfer window. By the time you visit in January, I’d like to think we will look very similar to the team you faced last year.

Where do you think Brighton will finish?

Thirteenth. After a season of Potterball where performances in the main exceeded results, we are hoping to make some progress in terms of scoring a few more goals.

Have a great weekend, if matches can take place before a paying audience. Brighton is a lively city and something for everyone.

Where do you think Palace will finish?

We’re a basket case, so who knows. We have strengthened with two young exciting players in Nathan Ferguson and Eberechi Eze, and there will be more.

But will we lose any? You have to think Wilfried Zaha will go this summer – at this point I’d rather he’d leave and not goalkeeper Vicente Guaita, who has been exceptional.

Check the trains first because Southern rail can be a joke.

The Wetherspoons is your best bet pub-wise, while Tasty Jerk, a Jamaican chicken restaurant outside the stadium, is fantastic.

And know that if an eight-year-old scores a penalty at half-time he will knee-slide in front of you.

Ferguson from West Brom and Eze from QPR were players we had been looking at for a while – Eze is a South London lad.

The Zaha saga continues, as is the case every year, and we need another striker.

I would take Rhian Brewster on loan, but other than that, it’s all the same for now.

Where do you think Aston Villa will finish?

Aston Villa are low-key rich. Their owners have deep pockets and are backing Johan Lange, Christian Purslow and Dean Smith, so by the end of the window I expect the club to have spent £100 million or more on three to five signings.

It all depends on the calibre of those signings, of course, but Villa’s defensive tune-up post-lockdown only left one issue to solve: how to stick the ball in the net.

Get to Villa Park in good time, because boy do those surrounding roads lock up on a bad day.

Anything new at Villa?

Why does a club need three assistants? Guess we’ll find out soon. 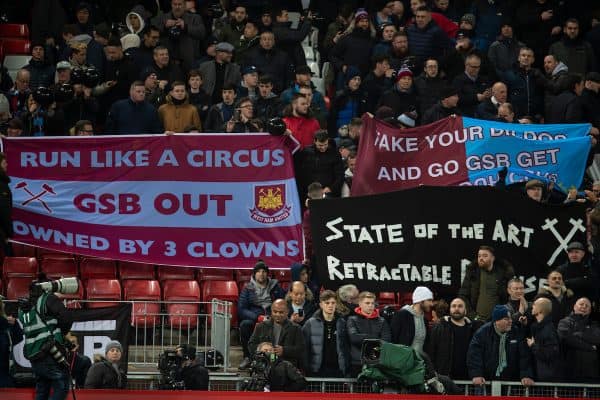 Where do you think West Ham will finish?

Fifteenth. We have some good players, but I am still not convinced by the manager and around the good players are others who need to be upgraded.

Don’t come! But if you insist, you will probably file it under ‘do not return’.

There’s nothing new at West Ham and that’s the issue.

We were joking about how Grady Diangana returning from his loan at West Brom would be a ‘new signing’ due to how skint we are, but it turns out he is getting sold and we can’t even have that. 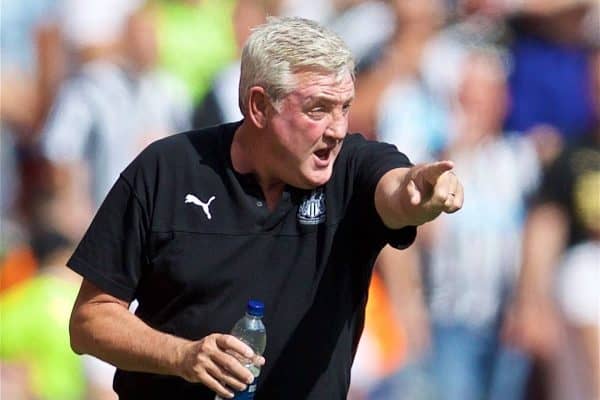 Where do you think Newcastle will finish?

Somewhere between 15th and 18th. The optimist in me thinks there are sides in the league who should be comfortably worse than us, and we should have more goal threat if the rumoured signings do happen then that’s a huge step in the right direction. That said, we still don’t have a fit-for-purpose manager.

Offering Callum Wilson a five-year contract at his age really isn’t the ‘normal’ Mike Ashley way, so my hunch/hope is that the ownership saga might not be quite complete yet. I heard someone say something about Lionel Messi and Kylian Mbappe firing us into the Champions League spots…

You are tucked away in the heavens in the ground, so get yourselves in early as it’s a long way up.