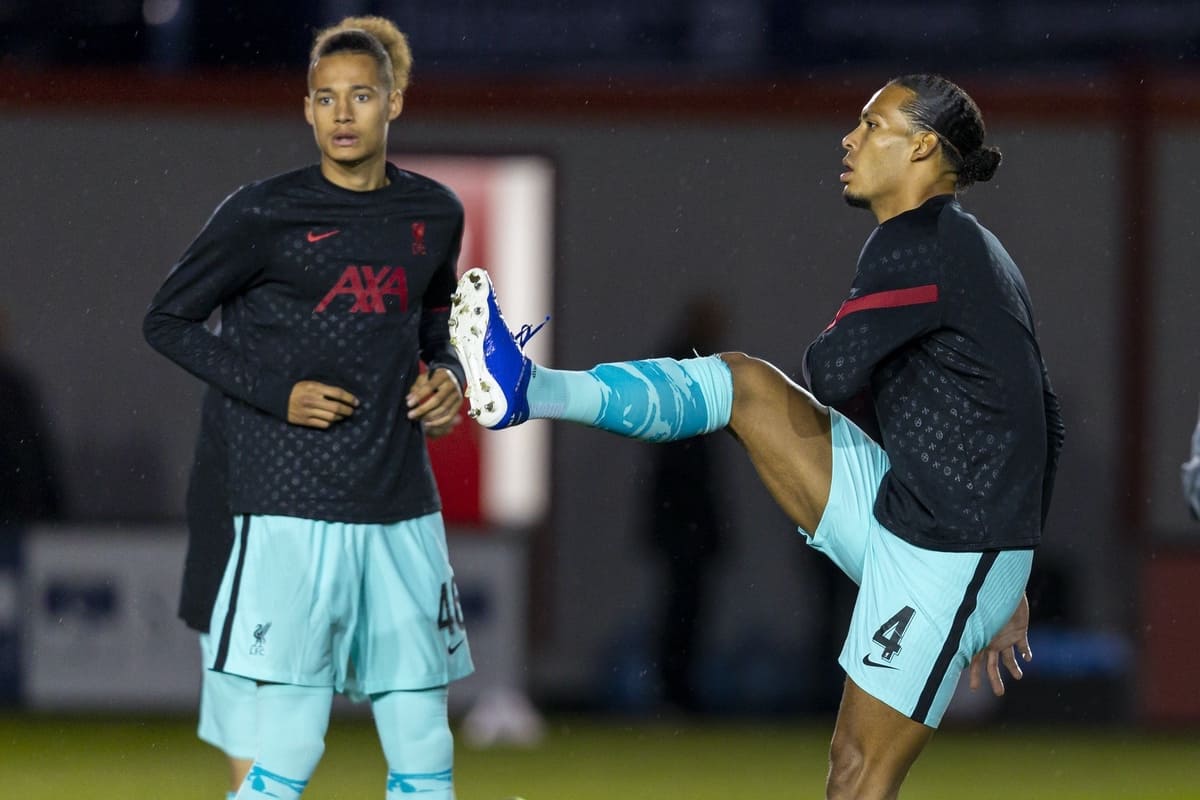 After making a long-awaited first-team debut for Liverpool in the 7-2 win over Lincoln in the League Cup, Rhys Williams has set his sights on a long-term role at Anfield.

Williams has been part of the Reds’ academy ranks since 2011, and he has risen through the ranks to become a senior figure at youth level, as a staple of the under-23s side.

Last season was spent on loan with non-league Kidderminster Harriers, and after a productive campaign in the sixth tier, he returned to a new contract with Liverpool.

A debut just three games into the season was certainly unexpected, but injuries to Joe Gomez, Joel Matip and Billy Koumetio, and a reluctance to play either Sepp van den Berg or Nat Phillips, handed him an opportunity.

“It’s a moment me and my family have been dreaming of since I was a kid signing at nine,” Williams told LFCTV after the third-round victory.

“I’ve been rewarded with a new contract, and now the manager’s put his faith in me to play in a cup game, which I’m over the moon with.

“It was a brilliant result for the boys and I’m happy to get through to the next round.” 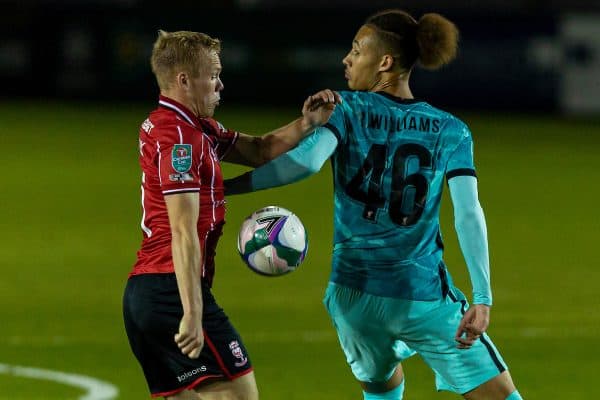 Williams has been training with the first team on a regular basis of late, and explained hopes of a starting role at Sincil Bank were first kindled in a set-piece session on Tuesday.

It would have been a daunting prospect for the 19-year-old, regardless of the opponent being from League One, and he needed the calming influence of Klopp to ease his nerves.

“He told me not to be nervous, told me to enjoy myself and play with the boys,” Williams continued.

“Obviously, stepping up here is a big thing for me, playing with world-class players. They helped me through it, but he just told me ‘don’t be nervous and play your game’.”

The teenager started alongside Virgil van Dijk at the back, before switching partners as Fabinho replaced the Dutchman at half-time, and on the whole Williams impressed, albeit with a lapse in the leadup to Tayo Edun’s consolation.

“You can see why he’s the best in the world,” he said of Van Dijk.

“Talking constantly, he knew I was young and was nervous. I’ve never felt more secure next to someone than playing with Virg.” 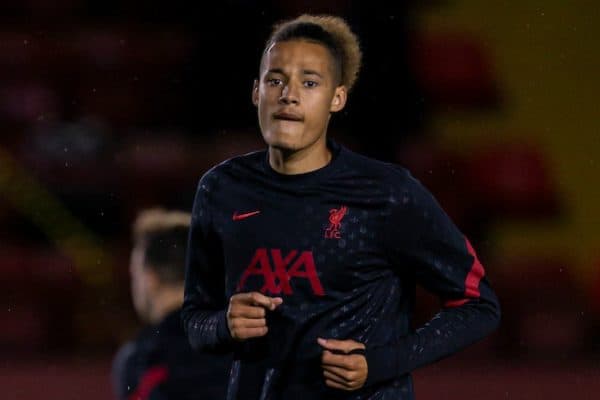 Williams clearly caught Klopp’s eye, who relished the fact none of his centre-backs picked up injuries as he spoke to Sky Sports after the game, and now the defender is looking to follow in the footsteps of his old academy team-mates.

“Neco and Curt are the most recent ones, obviously. They’ve managed to establish themselves as proper players now in the team,” he said.

“They’ve done well last year, got in, played a few games in the Prem, helped the team to win it.

“That’s my next aim now, to try and become one of those boys and keep pushing on from there.”

It is a lofty aim, but one that Williams is right to set out, as these ambitions are needed to make it at a club the size of Liverpool.

There could be an opening, too, with Klopp opting not to sign a new fourth-choice centre-back and relying on Fabinho along with the club’s young options, with Williams joining Koumetio as a firm contender in that regard.