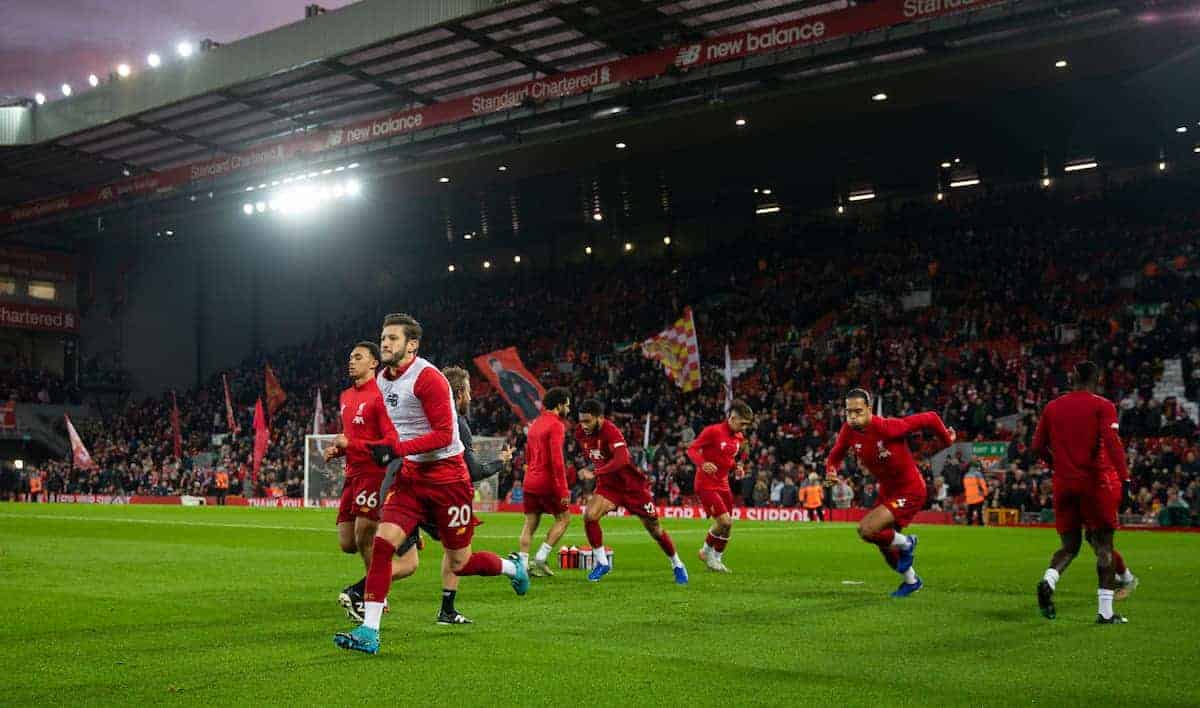 Liverpool are preparing for the return of supporters to Anfield, with a reduced capacity expected for the first game back against Sheffield United on October 24.

The Reds’ last game in front of fans at Anfield was the Champions League defeat to Atletico Madrid on March 11, with the club taking a considerable loss due to new security measures.

But with the UK easing back towards normality amid the coronavirus pandemic, test events are ongoing across the country to allow supporters to return to football games.

Brighton hosted Chelsea in a pre-season friendly at the end of August in one such occasion, with 2,524 supporters in attendance, which encouraged Premier League chief executive Richard Masters.

The start of October has been pencilled in as the first date for fans to be permitted into games across the country, and for Liverpool, this means their next scheduled home game will land on October 24.

According to the Liverpool Echo, the club are now planning to welcome a reduced crowd back to Anfield for that clash with Sheffield United.

Around 12,500 supporters are expected to be granted entry, and all four stands are set to be opened, though it remains to be seen how tickets will be issued.

In a statement on Thursday afternoon, the club confirmed that they had suspended season-ticket renewals for 2020/21, with the expectation that the system will “return as normal for the 2021/22 season.” 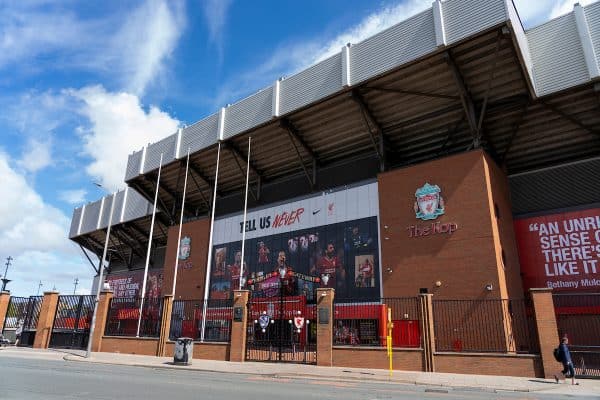 “We are working hard to ensure that, whilst maximising capacity, we provide a safe environment at Anfield for fans to support the team,” the statement continued, on the prospect of fans returning.

“This may require changes to access procedures, providing additional concourse facilities and managing fans’ departures in a different way.

“We will provide more information on this and any other changes in due course.”

Liverpool could even play in front of fans at Anfield before October 24, with a Champions League group game to be held in the midweek leading up to the Blades’ visit.

However, no fixtures have been scheduled as of yet, and there remains a chance the Reds will be drawn as the away side for that date.