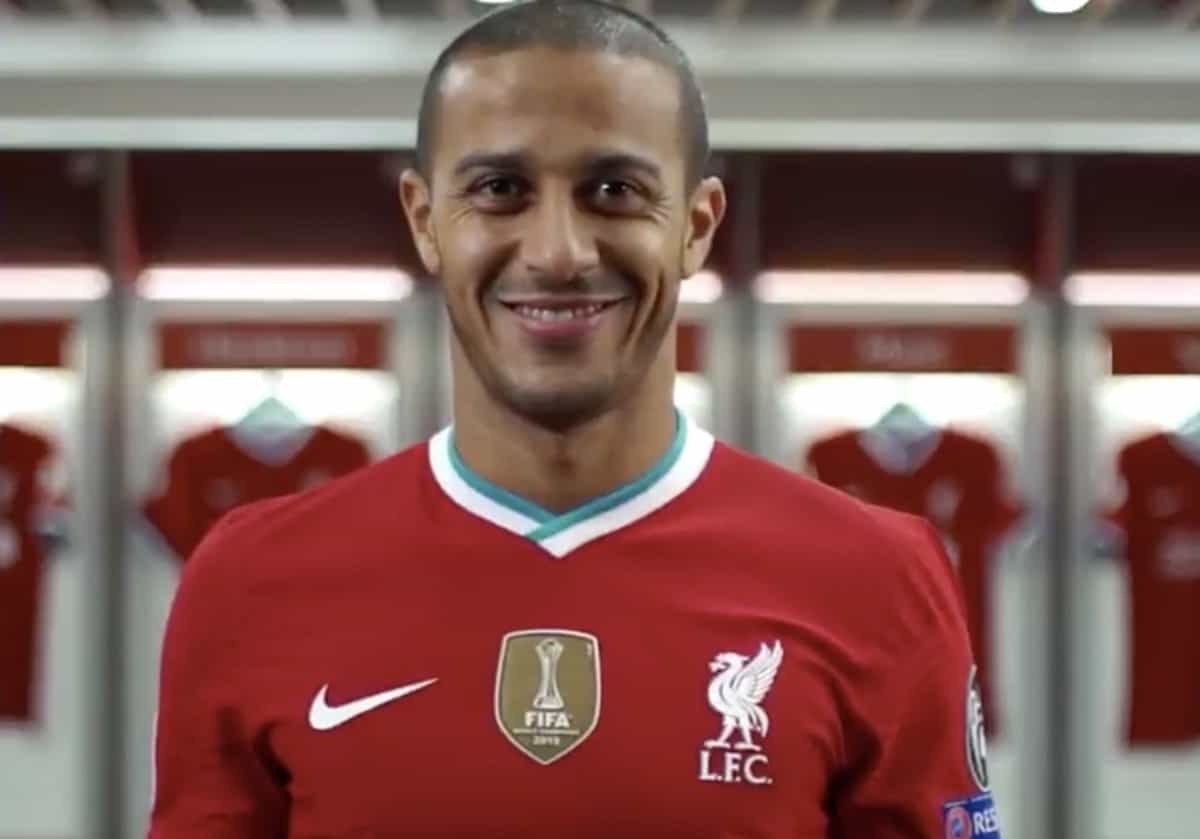 Liverpool have completed the signing of Spanish midfielder Thiago Alcantara from Bayern Munich, paying an initial £20 million to land the world-class playmaker.

The Reds had been heavily linked with the 29-year-old since the time the Champions League started up again at the end of the elongated 2019/20 season, with rumours subsiding little in the time between then and now.

Matters suddenly escalated on Thursday morning, with news that a fee had been agreed, and the Reds have swiftly followed that progress up by completing their second signing of the summer.

Thiago is reported to have signed a four-year contract at Anfield and joins the Premier League champions having just won the treble in Germany.

Bayern won the Bundesliga, DFB-Pokal and beat PSG in the Champions League final a month ago, but with one year left on his contract at the Allianz Arena he opted to tell the Bavarians he would seek a new challenge.

It was clear from the outset that Liverpool would be his preferred destination, despite rumours that Barcelona and Manchester United were trying to jump in on the deal.

Thiago, our second senior signing of the summer after Kostas Tsimikas, brings unquestionable elite quality to the Reds’ midfield and was clearly a priority addition for Jurgen Klopp.

He started his career at Barcelona, winning two titles under Pep Guardiola then following the manager to Bayern Munich in 2013, with Guardiola insisting on his signature.

Klopp has frequently praised the player, who will wear the number 6 shirt at Anfield, and is said to have pushed for his signature this summer before any departures are made in the transfer market.

Reports suggest Thiago has signed a four-year contract, with wages around £200,000 per week – placing him alongside Virgil van Dijk and Mohamed Salah as the Reds’ top earners.

The fee is said to be £20 million initial fee, with a further £5 million due in various bonuses such as winning the Premier League and Champions League.

The new signing could make his debut in the League Cup against Lincoln on Thursday evening.