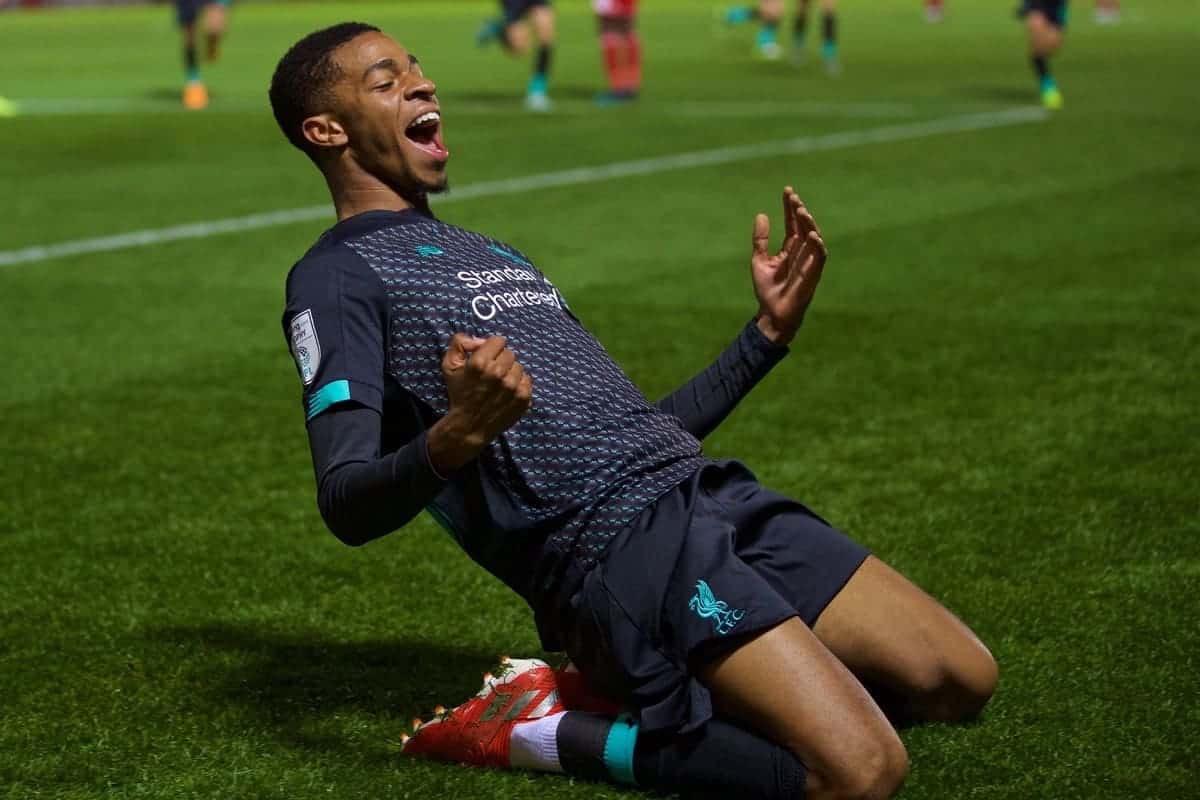 Liverpool under-23s wrapped up pre-season with their biggest win of the summer, with a 16-minute burst clinching a 4-0 win over Huddersfield B on Monday afternoon.

It has been a productive pre-season for Barry Lewtas‘ side, beginning with a 2-2 draw with The New Saints, ahead of the Welsh outfit’s Europa League qualifier win over MSK Zilina.

The young Reds then sealed 4-1, 3-1 and 2-1 wins over Carlisle, Derby U23s and Nottingham Forest U23s in the space of nine days, before the visit of Huddersfield’s newly formed B side on Monday.

This presented a tough test for Liverpool, but Lewtas was able to call upon the likes of Leighton Clarkson, Paul Glatzel and Jake Cain, who are all expected to train with the first team on a regular basis this season.

After an early attack that saw Diakhaby and Mbenza combine for Huddersfield, the young Reds soon took control, though at either end of the pitch, Pereira and Vitezslav Jaros were a match for everything sent their way.

A change in personnel for the Terriers, with six of their under-19s sent on at the break, ultimately turned the tide for Lewtas’ side.

Their first came from then penalty spot, with Fidel O’Rourke brought down and Glatzel stepping up to convert, with the floodgates opening in the remaining 16 minutes.

Elijah Dixon-Bonner, brought on from the substitutes’ bench, struck twice, first after a combination from Cain and Tom Clayton, and then as Clarkson freed him and Luis Longstaff with a through pass.

Longstaff put the icing on the cake with a goal in stoppage time, again benefiting from the creativity of Cain, who along with Clarkson should form the core of Lewtas’ midfield for 2020/21.

With a 4-0 win secured, Liverpool can now turn their focus to the Merseyside derby, with Everton the visitors on Sunday afternoon for the start of the Premier League 2 campaign.

Glatzel looks to be firing heading into the season proper, having struck three times over the course of pre-season, while the likes of Abdi Sharif and Jack Bearne have also caught the eye.

Having struggled for consistency last term, particularly in front of goal, it is encouraging that the U23s have been so prolific in their warmup games, most notably when up against senior opposition in TNS and Carlisle.

September is set to be a busy month for Lewtas and his youngsters, with five games to play in just 17 days, including EFL Trophy clashes with League One side Wigan and League Two neighbours Tranmere.