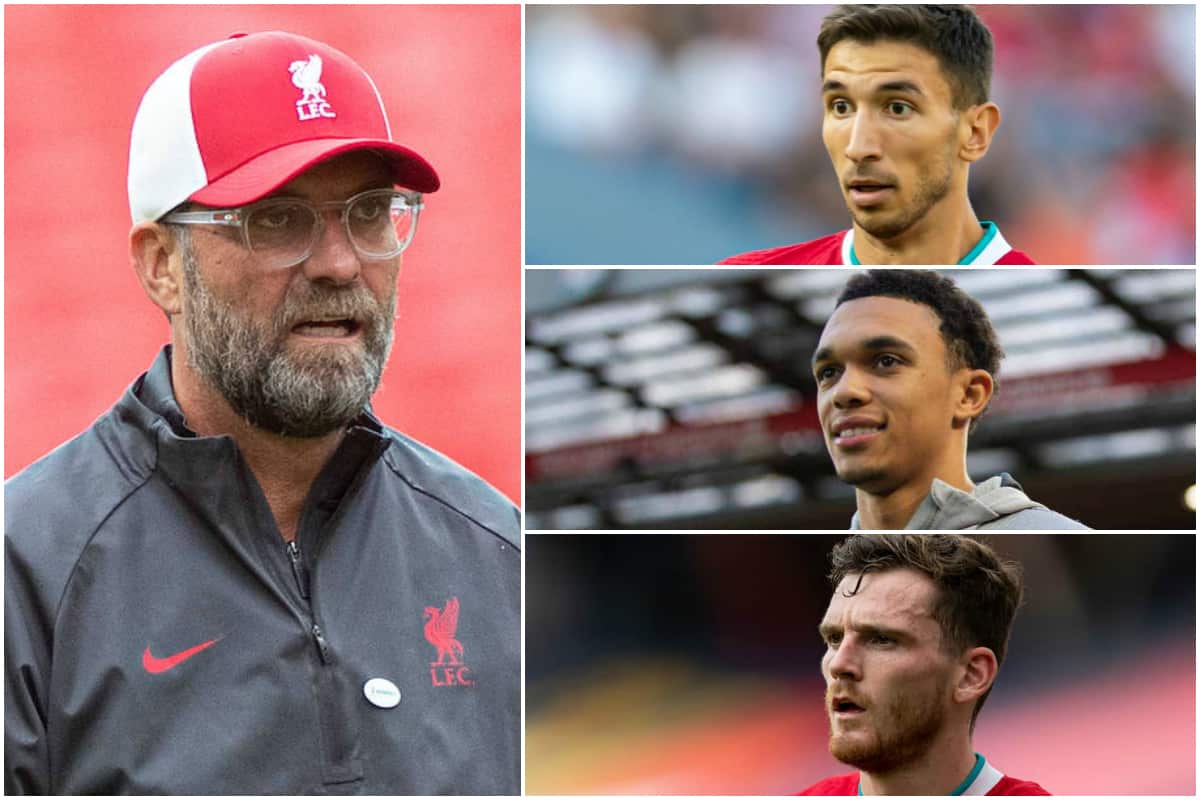 Liverpool are perhaps likely to add another name or so to the squad this summer, but in doing so Jurgen Klopp has more than one balance to strike.

There is always a financial aspect to consider at Anfield, and this summer that applies more than at any time since the Reds were on the verge of insolvency under George Gillett and Tom Hicks.

As a result, it’s no surprise to see financial prudence being a focal point of the transfer window, even if that’s a source of frustration while others appear to splash the cash as if they’d just won a lottery equivalent to the GDP of a small European nation.

But Jurgen Klopp also has the dressing room balance to maintain: a delicate and ever-evolving group who get on brilliantly off the pitch and fight for each other on it – that is what has helped Liverpool win trophies.

And, finally, there are the laws of the game to consider. Specifically, the Reds’ homegrown contingent and the available places for non-homegrown individuals.

Given the links have been with mainly overseas players this summer, most notably Thiago Alcantara, Reddit user ‘wanson’ posed an interesting question: who misses out if Liverpool sign a new face?

Because as it stands, there’s no wiggle room and someone must depart for another to arrive. Thankfully, one or two could do so without affecting last year’s level of quality.

For clarity, here are two relevant sections from the Premier League:

A “Home-Grown Player” means a player who, irrespective of nationality or age, has been registered with any club affiliated to The Football Association or the Football Association of Wales for a period, continuous or not, of three entire seasons, or 36 months, before his 21st birthday (or the end of the season during which he turns 21).

So, we can see here why Andy Robertson for example is not on the HGP list; before he turned 20 he played in Scotland, so only had one year with Hull before turning 21.

So, the senior squad.

With all 17 non-homegrown player spots currently filled (in theory), we can expect sales before signings. 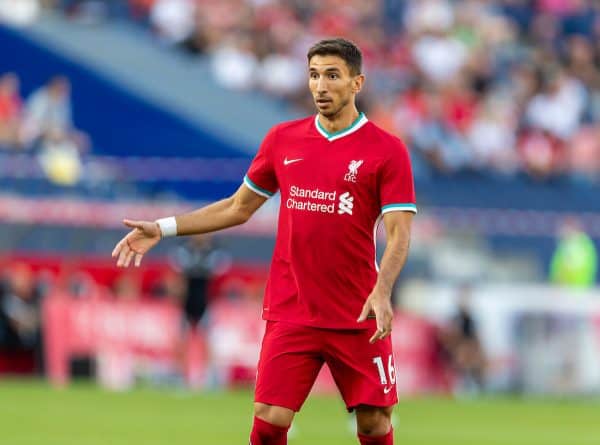 There’s also 23-year-old Taiwo Awoniyi who would need to be registered, but as he doesn’t have a work permit anyway it’s an irrelevance in terms of the Premier League squad—he must be sold or loaned again.

As such, if any of the linked players—Thiago, Ozan Kabak, whoever else—were to arrive at the club, someone from the above list would have to make way or face a season of playing no league action.

Naturally, we can look to Karius and Grujic as first-out-the-door options, as both were on loan last year and have been reported as available if appropriate bids come in.

That gives Klopp some room to improve the squad without depleting the title-winning team, but it also shows why we’re likely waiting on a sale or two before any new faces arrive. 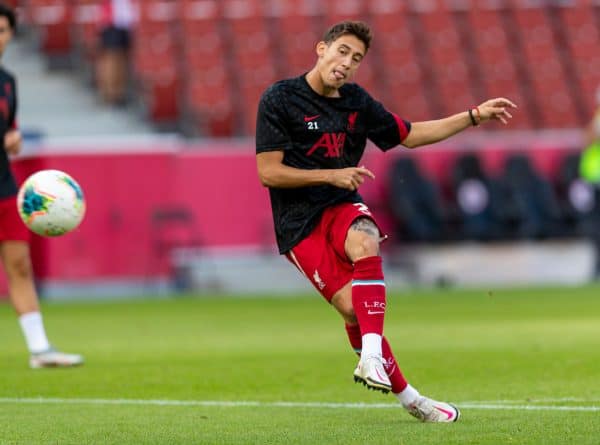 It’s notable that Dejan Lovren‘s departure (another non-HGP) was quickly followed by Kostas Tsimikas‘ arrival to fill the spot.

It’s equally notable that the Reds tried to get Jamal Lewis first, who would have been an HGP addition. Had the Norwich left-back joined, we could well have followed up that signing with a quickfire overseas second.

To complete the 25-man list, we’ll check out the HGPs available.

An asterisk (*) denotes players who are club-trained as well as homegrown, which is a ruling used for Champions League squads:

UEFA defines locally-trained or ‘homegrown’ players as those who, regardless of their nationality, have been trained by their club or by another club in the same national association for at least three years between the age of 15 and 21. Up to half of the locally-trained players must be from the club itself, with the others being either from the club itself or from other clubs in the same association.

We can be sure that all three defenders will remain and the same applies for the four midfielders. 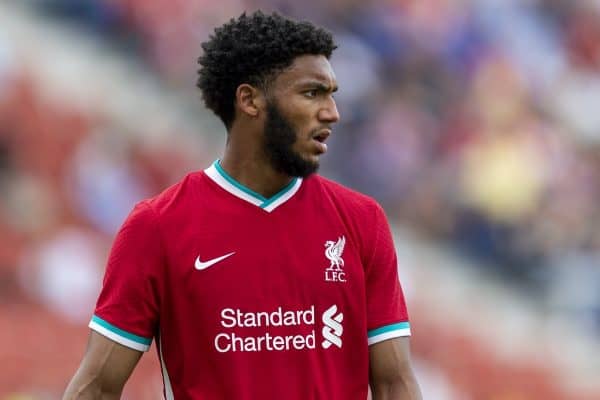 Both goalkeepers and two forwards have their short-term futures unclarified at present, but Harvey Elliott will stay with Klopp and Co.

The presence of Gomez, Trent, Neco and Curtis Jones means Liverpool can fulfil the four-plus-four ruling for Europe (a space can be left with Williams, only 19, not on the A-List), with that quartet plus Hendo, Milner, Ox and one other making the eight HGPs domestically.

It’s feasible that Liverpool don’t have a full 25-man list, with some ‘administrative’ spaces left which are effectively filled in ‘actual’ training by Neco Williams and Elliott, for example.

Both goalkeepers could be loaned out, as could Rhian Brewster.

But regardless of what happens with those younger HGPs, the 17 non-HGP spots still need one-in, one-out to apply between now and the end of the transfer window.