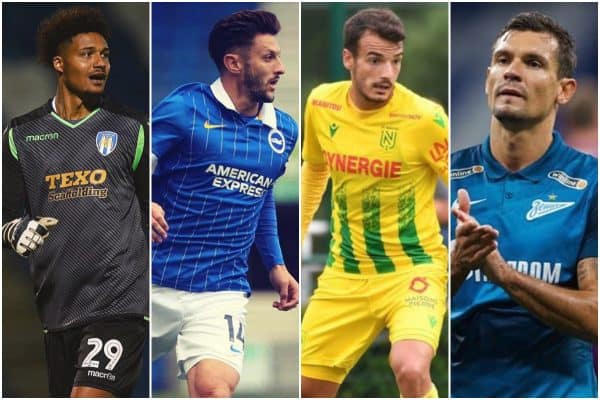 Liverpool’s 8 summer departures & their season which lies ahead

Liverpool have so far seen five notable departures from the senior squad, though more could follow before the extended transfer window closes.

The Reds have a tight-knit squad and departures are, generally, few and far between.

This summer will see a little more turnover than usual in that regard, as it seems the Reds won’t loan out players again who are above the usual ‘youngster’ age group.

Along with the sales or being released of those involved with the first-team, several from the fringe squad or U23s have also been allowed to leave.

That, combined with the usual couple of expiring contracts, means several departures overall could be on the cards—so what’s next in line for those who have already left the champions?

The most-involved player from last year and the only notable sale so far from a financial standpoint is Dejan Lovren.

He was undoubtedly a figure who divided opinion during his time at Anfield – between fans and management if nothing else – but he certainly played his role in the Reds’ resurgence and winning of trophies of late.

A sale to Zenit for £11m brought an end to his six-year stay at Anfield and he is already in the silverware over in Russia.

I hate losing games, sorry. Wasn’t our best performance, but we will come back again in the next game. Thank you for your support today fans ?? ? I hope nothing too serious with the injury of @sebadriussi.11 ?? I wish you a quick recovery amigo.

His new side won the Super Cup in early August and won their opening four Premier League games of 20/21 – the title favourites are second in the league at this stage, one point off Spartak Moscow.

Lovren hasn’t missed a minute and will clearly be a key starter for them.

Lovren and Adam Lallana joined and departed Anfield in the same summers, but the latter has departed on a free transfer at the end of his contract.

He’s now with Brighton, where he’s expected to play a prominent role both on and off the pitch in an exciting, growing side with lots of technical, attack-minded talent.

Brighton start their season at home to Chelsea on the Monday night after the first weekend – so a debut goal to defeat Frank Lampard’s expensively-assembled squad might be a nice farewell gift to his former side!

The big aim for the Seagulls will be to improve on last season’s 15th-place finish and Lallana should be an excellent addition to help them achieve that.

Creative midfielder Ovie Ejaria has dropped down a league to ensure he continues to get regular game time.

Having spent last season on loan at Reading in the Championship, and largely thriving there, he has made the deal permanent for around £3.5 million.

There was a bit of a hold-up for the deal to go through, with the club having one or two financial concerns, but he’s there now as the Royals begin a new era with a new boss in charge, Veljko Paunovic, formerly of Chicago Fire in MLS.

Reading will unquestionably be hoping to push far closer for a promotion spot this season, with a hugely talented, ball-playing, technical side with lots of potential for goals, which Ejaria fits right into. He’ll likely be a regular option, depending on how the new boss lines up tactically.

Nathaniel Clyne left before the end of the 19/20 season, when his contract expired at the end of June.

Having been injured and sidelined throughout the campaign, it was a year to forget for the right-back, as he looked likely to leave for pastures new 12 months ago.

The 29-year-old has never particularly been one for the limelight and headlines, so it’s perhaps not surprising he doesn’t pop up in rumours constantly, but it might be considered strange he hasn’t signed for a new team yet.

Certainly he has the pedigree and quality to continue in the top flight, assuming his fitness is now back to its former level, but perhaps he’s biding his time and choosing the right next landing spot after a difficult few seasons on the fringes and out on loan.

The Reds’ fourth-choice goalkeeper last season, Andy Lonergan became a bit of a cult hero after joining the club for pre-season training, earning a contract and ultimately contributing to the squad winning silverware.

He left at the end of the season and did then say he would take his time about choosing his next destination, with playing abroad an option, and at present he has not signed for a new team.

The veteran might not have played in 19/20, but considering the level he featured at previously it’s no surprise that he feels he improved just by being at training with Liverpool’s other goalkeepers.

Someone will get a capable 36-year-old for a year or so soon!

Midfielder Pedro Chirivella left for Nantes and Ligue 1 this summer, opting to move on despite playing a peripheral role around the senior squad.

He came in to play the domestic cups largely, a relatively experienced head among much younger team-mates, but at 23 and needing to be a regular, it was right that he chose to depart.

So far he can certainly feel vindicated; with the French top flight already back in action he has played every minute of their opening two games of the season, a draw with Bordeaux and a win over Nimes.

Nantes were 13th when the Ligue 1 campaign was curtailed early post-lockdown, so they’ll be aiming for a top-half finish this season.

Two goalkeepers make up the final departures, both from the Reds’ U23 ranks.

Shamal George left on a free transfer to join Colchester United this season, where he signed a two-year deal.

The 22-year-old was on loan at Marine last term so this is a significant step-up for him, with Colchester in League Two.

He’ll be up against the experienced Dean Gerken for a first-team berth, so might look to the EFL Trophy for now as a competition to earn experience in.

Finally, Kai McKenzie-Lyle has taken a similar route: from Melwood to League Two and East Anglia.

The 22-year-old has joined Cambridge United after a couple of years with the Reds, where he’ll fight to earn senior club experience to go with his five international caps for Guyana.

Delighted to sign for @cambridgeunitedfc Let’s go to work !

McKenzie-Lyle will battle two other stoppers who were at the club last season: Dimitar Mitov started 19/20 as No. 1, but Callum Burton had nicked the spot by the end of the campaign.

Our former goalkeeper has just one League Two appearance to his name so far, earned in 2015 as a sub for Barnet, so will hope to add significantly to that tally over the course of his two-year deal.

Good luck to all the former Liverpool players in 2020/21!