England will play three games in each of the October and November international breaks, with the scheduling of two friendlies a bizarre move in a relentless season.

The Reds often have a number of players involved in each England squad, with Jordan Henderson vice-captain to Harry Kane and Joe Gomez, Trent Alexander-Arnold and Alex Oxlade-Chamberlain staples when fit.

Only Gomez and Alexander-Arnold were involved in the UEFA Nations League clashes with Iceland and Denmark this month, with the two ties held before the Premier League campaign could even begin.

But more are likely to be included in the final two breaks of the year, which land in October and November, as usual.

On Wednesday, the FA confirmed that England will play New Zealand in a friendly at Wembley on November 12, which means that the Three Lions will play six more games before the end of 2020.

A friendly against Wales (Oct 8) and UEFA Nations League meetings with Belgium (Oct 11) and Denmark (Oct 14) are set for next month, before New Zealand (Nov 12), Belgium (Nov 15) and Iceland (Nov 18) in November.

The November break even involves a trip to Brussels, before then returning to Wembley for the final game of Group A2, meaning the Three Lions will play three games in two countries in the space of seven days.

Liverpool are already due to play six games in October and four in November, which could feasibly see some of Jurgen Klopp‘s English players tasked with 16 outings in the space of two months. 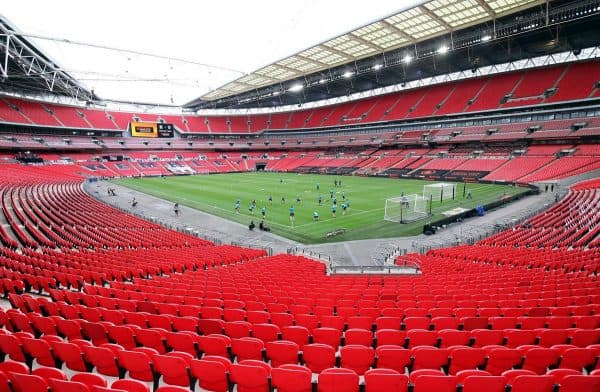 Scheduling two friendlies amid the coronavirus pandemic seems particularly questionable, as though it is hoped that supporters can attend games from the start of October, they are hardly set to be money-spinners for the FA due to reduced crowds.

With the government now turning the blame back onto young people as cases rise in the UK, the decision to announce the clash with New Zealand seems untimely.

The Reds are believed to have already seen Kostas Tsimikas test positive for COVID-19 while on duty with Greece this month, though that is as yet unconfirmed, with news only emerging from sources in his native country.

But beyond the risk of infection, an avoidably busier-than-usual international calendar is ridiculous given the domestic season has been shortened, starting a month late.

Clubs will be eager for players to avoid injury throughout the campaign, but particularly so when they are unable to manage their training and in-game workload themselves, and any setbacks suffered on England duty will undoubtedly be attributed to a congested schedule.