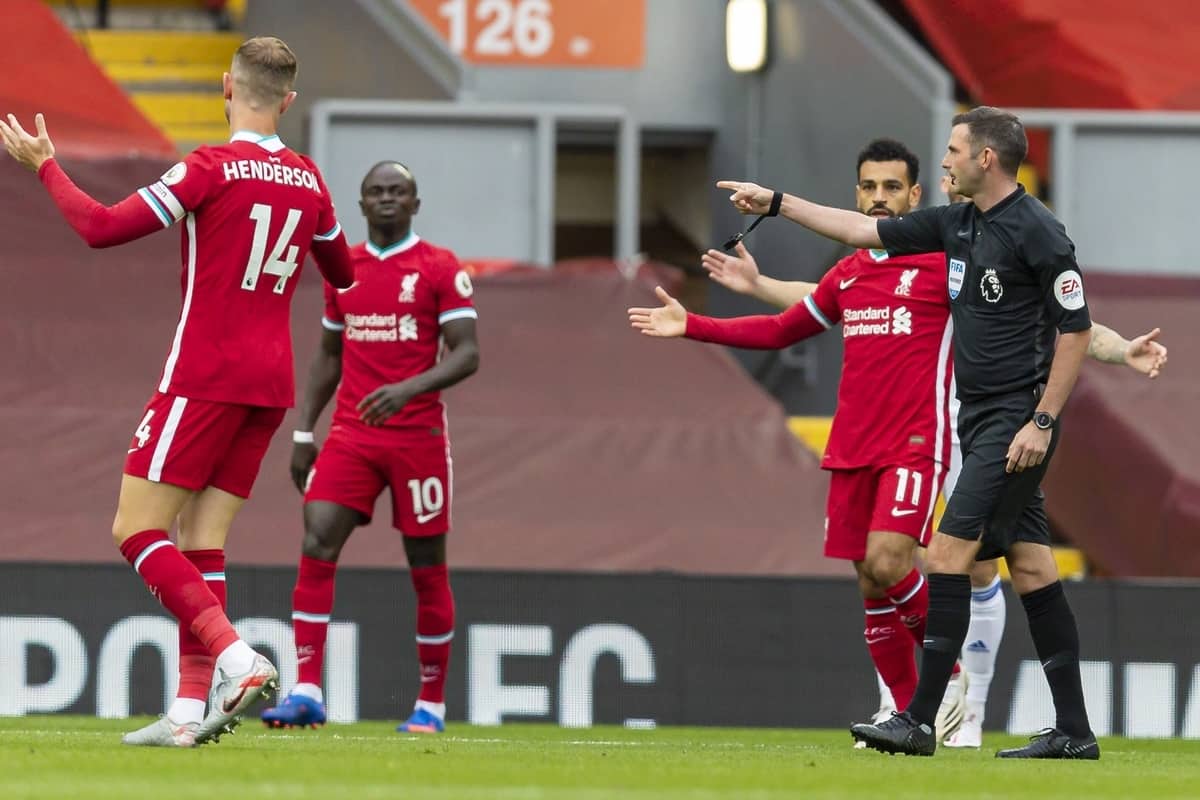 Premier League referees have been instructed to take a lenient approach to the new handball rule that has proved hugely controversial in the first weeks of the season.

When Mohamed Salah‘s shot struck Robin Koch’s arm in the third minute of Liverpool’s Premier League opener at home to Leeds, it took referee Michael Oliver just over a second to blow for a penalty.

Koche’s arm was outstretched, but it could be described as cruel to the centre-back, albeit the decision benefited Liverpool as they ultimately clinched a 4-3 win.

It has been more controversial across the rest of the Premier League, and perhaps most notably with Eric Dier penalised after Andy Carroll’s header rebounded off his arm, which was deemed in an ‘unnatural’ position after a VAR check.

The English top flight have belatedly introduced the rule that handballs below the bottom of the armpit would be called, with the key line within IFAB Law 12 being if “the hand/arm has made their body unnaturally bigger.”

"It is an absolute joke of a decision" ?@Carra23 and Roy Keane take a look at the controversial handball decisions in the Premier League so far this season

A number of incidents has led to the likes of Roy Hodgson, Jamie Carragher and Dier himself criticising the ruling, with the Tottenham defender saying “everyone is on the same page, something has to change.”

They will be encouraged, therefore, as the Guardian report that Premier League referees “are to take a lenient approach to applying the new handball law after an outcry from across the game.”

“The strategy will be implemented from this weekend and it is expected to flip the approach applied in preceding weeks,” Paul MacInnes writes.

“Instead of looking for ‘unnatural’ body shapes a referee will be invited to consider whether a player could be expected to have their arms in such a position given the way they were standing, or how they were interacting with opponents.”

According to The Athletic, six penalties were awarded over the first three rounds of fixtures in the top flight, compared to 19 across the entirety of 2019/20, and it is clearly changing the way defenders and attackers play the game.

It is unclear whether Liverpool’s spot-kick against Leeds would have been overruled if these rules were not in place, though it is certainly not the most contentious.

Interestingly, though, The Athletic claim that the call against Dier would still be upheld in this new approach.

This decision is a proactive one from the Premier League, addressing the situation before it is too late, and they should be praised for not sticking with the ruling despite its obvious flaws.