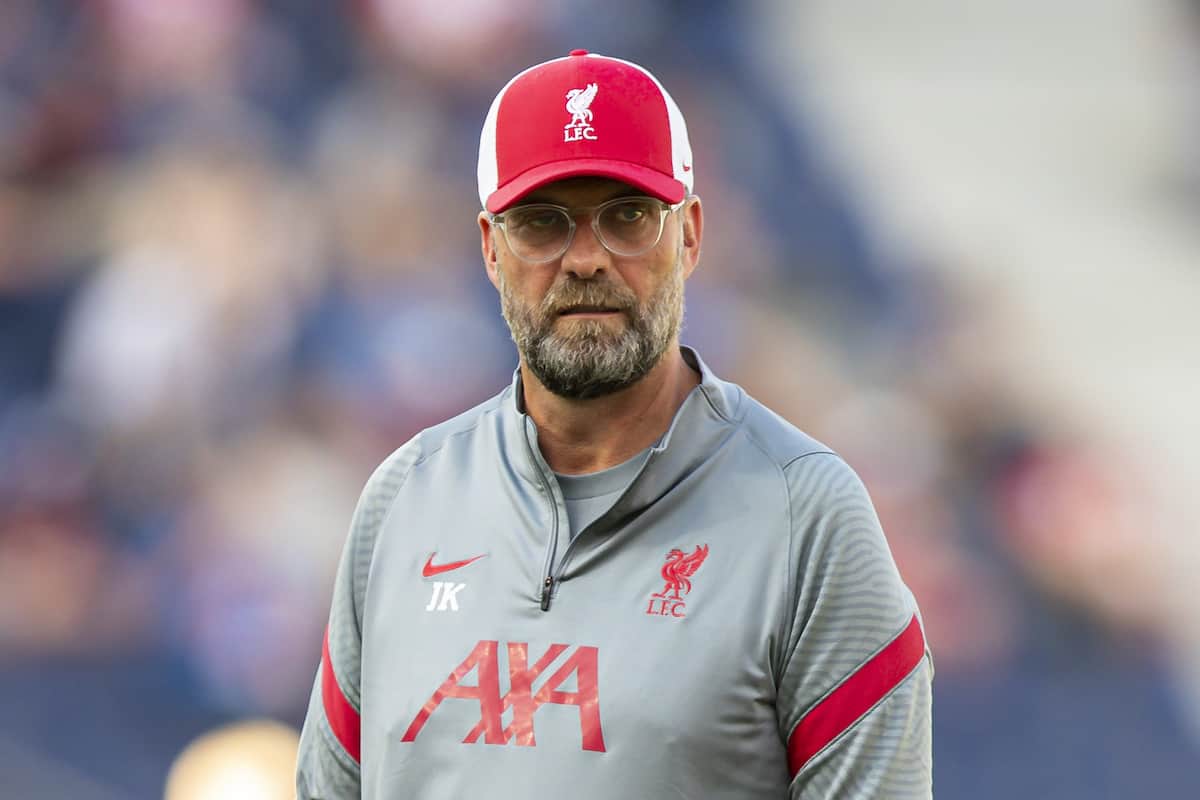 The Reds returned to Anfield to take on their lower-league opponents, in their first appearance at Anfield since lifting the Premier League trophy in July.

It was a lethargic start for Liverpool, however, who found themselves 2-0 down after goals from C.J. Hamilton and Jerry Yates (penalty).

Joel Matip powered home a header before half-time to reduce the arrears and the hosts pulled away from their opponents after the interval.

Sadio Mane and Roberto Firmino both found the net to turn the game on its head, before goals from Harvey Elliott, Takumi Minamino, Divock Origi and Sepp van den Berg completed the annihilation.

The second half performance was widely praised…

FT: #LFC 7 Blackpool 2: The PL champions transformed in the second half after a pretty dour opening 45mins when they found themselves 2-0 down. Matip, Mane, Firmino, Elliott, Minamino, Origi and Van den Berg with the goals.
Keita, Minamino and Jones all excellent.

Excellent second-half. Saw some lovely interplay between the attacking players. Origi is still the odd on out in this side, lacking the dynamism and intelligence of the other players, but otherwise lots for Klopp to be happy about and to think over.

“They never give up amazing second half well done” – Clare Louise Withers on Facebook.

“Fortunately all games have 2 halves” – Alright Now on the forums.

LIVERPOOL ARE IN SEVENTH HEAVEN, WHAT A WIN, WHAT A TEAM!

Really good second half performance from Liverpool. Some great goals. Jones class in a deeper midfield role than usual. Fabinho hooked at half-time after some strong words from Klopp midway through first half. First senior goal for Elliott.

Even had we lost, it's just a friendly. We were doing the exact same last year but as it turned out, our performance was great in the second half. Leeds aren't ready. #LFC

Minamino was lauded for his performance…

Expecting a big season from him.

Good workout for the reds that. Blackpool are a decent side and posed all kinds of problems first half. If pre-season has told us anything it’s that we need to start games faster. Minamino and Jones the standouts after the break.

Having a pre-season alongside the training camp in Austria has done Minamino the world of good. Looks really settled in the squad, confident on the ball, and always looking to make things happen. Lovely goal and assist.

“Great to see Keita, Minamino getting the full run out and having a good game” – gasband on the forums.

Minamino takes up some really nice positions. Looks increasingly sure of himself and in sync with his teammates.

Comfortable in the end but well done Blackpool for that 1st half test. Curtis Jones excellent in 2nd half and always nice to see a bit of Bobby's swagger on show. Bring on Leeds. Up the Reds

“Jones has been superb since he came on. This could be his breakout season I reckon.” – T.C.B on the forums.

Excellent 2nd half performance and some really nice goals.

The biggest standout was the 2nd half performance of Curtis Jones. Exceptional 45 mins.

On to Leeds at Anfield next weekend to defend our title.
?#LFC

Focus now turns to Leeds next weekend, including talk of playing a 4-2-3-1 formation…

Taki as an attacking midfielder, on 4-2-3-1 vs Leeds please @LFC