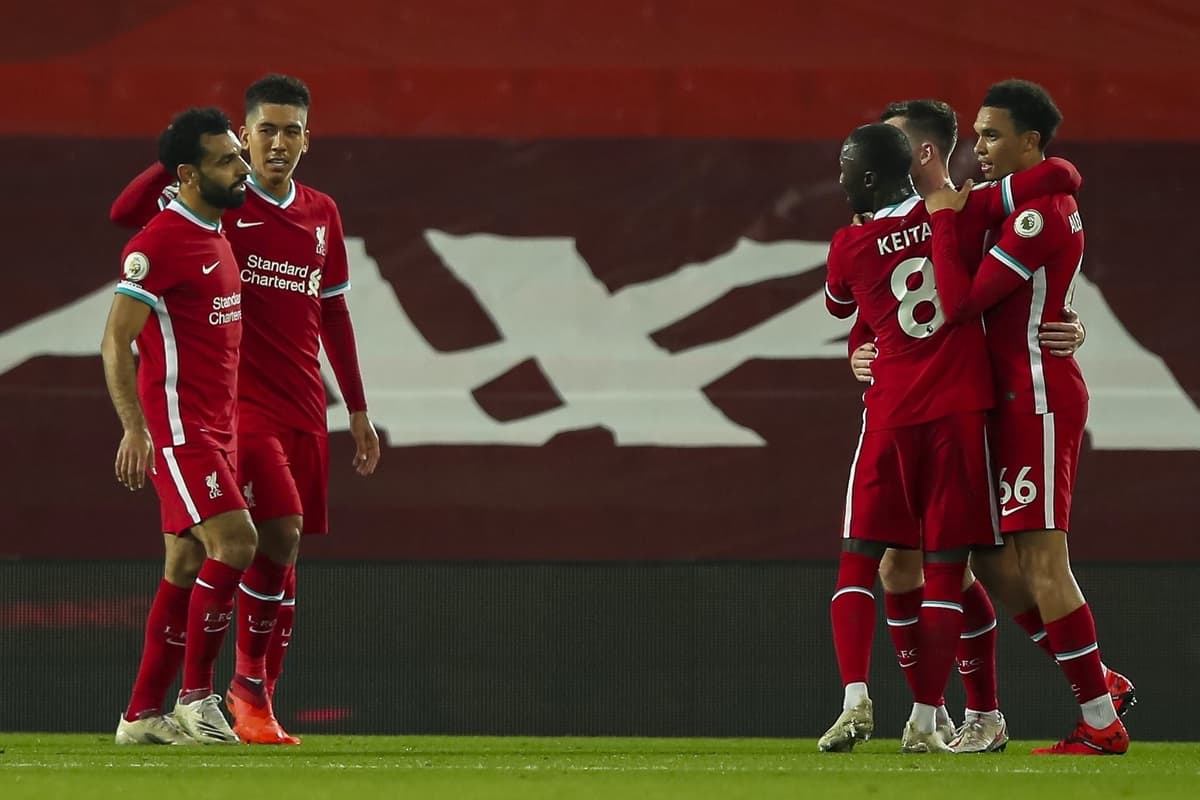 Liverpool have surpassed 400 goals in the Premier League under Jurgen Klopp, while the start of 2020/21 has seen 16 netted in only four games – teams just can’t stop the Reds.

Man-mark Mohamed Salah, and Sadio Mane will get you. Close out Bobby Firmino, and the full-backs will tee-up each other. Shut down our flanks, and Thiago‘s coming to get you.

Liverpool’s attacking play is evolving and relentless and, when added to the incredible pressing approach and speed of thought after transitions, makes the Reds near-impossible to thwart for 90 minutes.

Arsenal barely stood a chance, even with a goal head-start handed to them on Monday night, and plenty of other teams will go the same way.

The unstoppable nature of Liverpool’s all-round threat under Jurgen Klopp has been exemplified by one statistic in particular from the Anfield match.

From the Reds’ starting lineup against the Gunners, every outfield player registered either a shot, a key pass, or both.

It’s an outrageous achievement for the entire team to be involved in build-up play to such an extent, a modern interpretation of Total Football where everybody defends, everybody contributes to the attack.

Sadio Mane topped the team, with seven combined shots taken and created, but literally every starter played their part.

It’s also worth noting Diogo Jota came on and had three shots in little more than 10 minutes, adding to the non-stop impact in the final third.

You almost have to feel sorry for any Arsenal defender selected to go through it all over again on Thursday night!