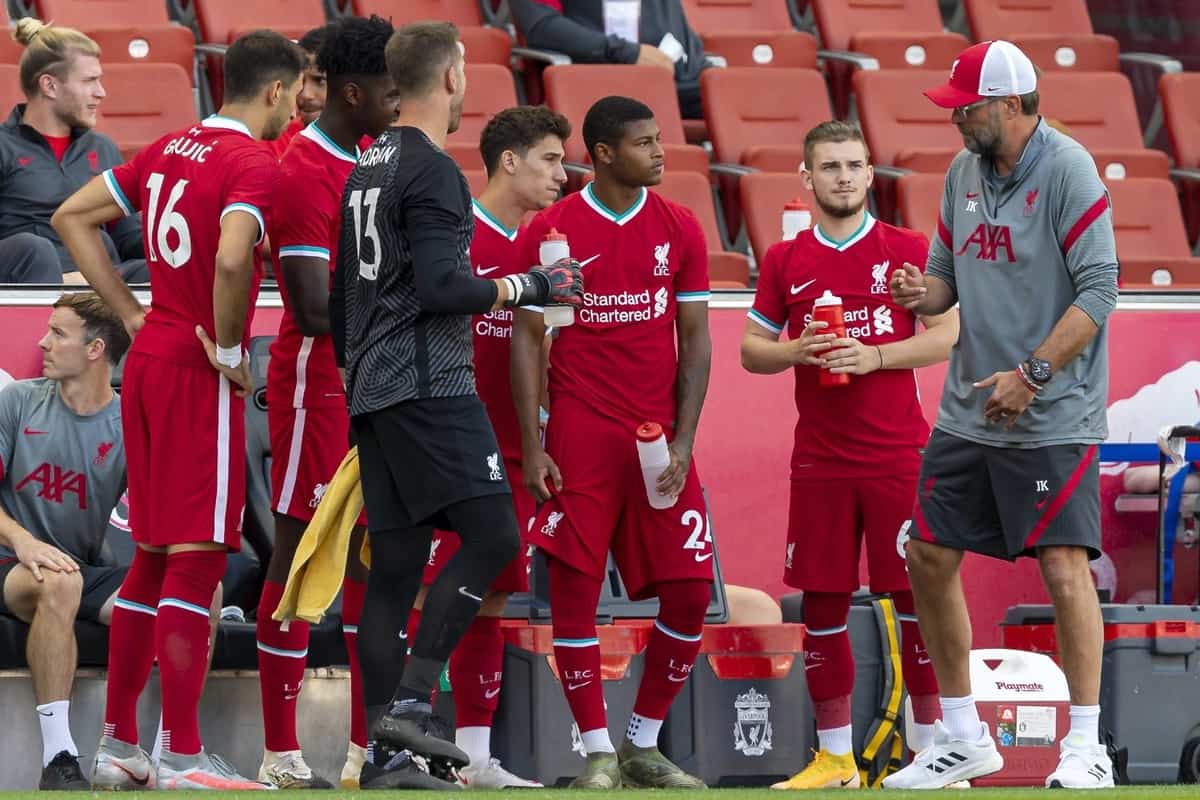 Jurgen Klopp says “there is so much going on” with regards transfers at Liverpool, with a number of decisions yet to be made, particularly in terms of outgoings.

The Reds have so far only sanctioned the sales of Dejan Lovren and Ovie Ejaria, the signing of Kostas Tsimikas and loans for Sheyi Ojo, Adam Lewis and Morgan Boyes this summer.

Many more are expected to go through in the coming weeks, with the window set to close on October 5, albeit with an extended deadline of October 15 for outgoings to the Football League.

Ben Woodburn is due to join Sparta Rotterdam on a season-long loan, Kamil Grabara is believed to be attracting PAOK and Anderson Arroyo will move to Tondela in the Portuguese top flight, while other moves are likely.

One of the most talked-about players at Liverpool this summer is Rhian Brewster, and it remains to be seen how the striker is used this season, with all eventualities still open.

Asked about Brewster’s future in his pre-match press conference on Friday, Klopp outlined the situation for the 20-year-old, but also for a number of other players as squad evaluations are “just not finished yet.”

“Rhian is our player, a wonderful kid, great, big, big talent, scored very nice goals in pre-season and stuff like this,” he said.

“But the decisions about the squad and where the perspective is for who, they’re just not finished yet.

“Because we don’t have to, there is so much going on and what I can say is we are really with him.

“We are really thoughtful about him, what is best for his development and stuff like this, how can we use him, what would help him.

“That’s not only for him, it’s for all of our players, but it’s with him as well. So there’s really nothing to say.

“These kinds of things, who is going on loan, where, there’s nothing decided otherwise they would be somewhere already.

“And as long as nothing is decided—if they go or if they stay—there’s nothing to say in public, honestly.”