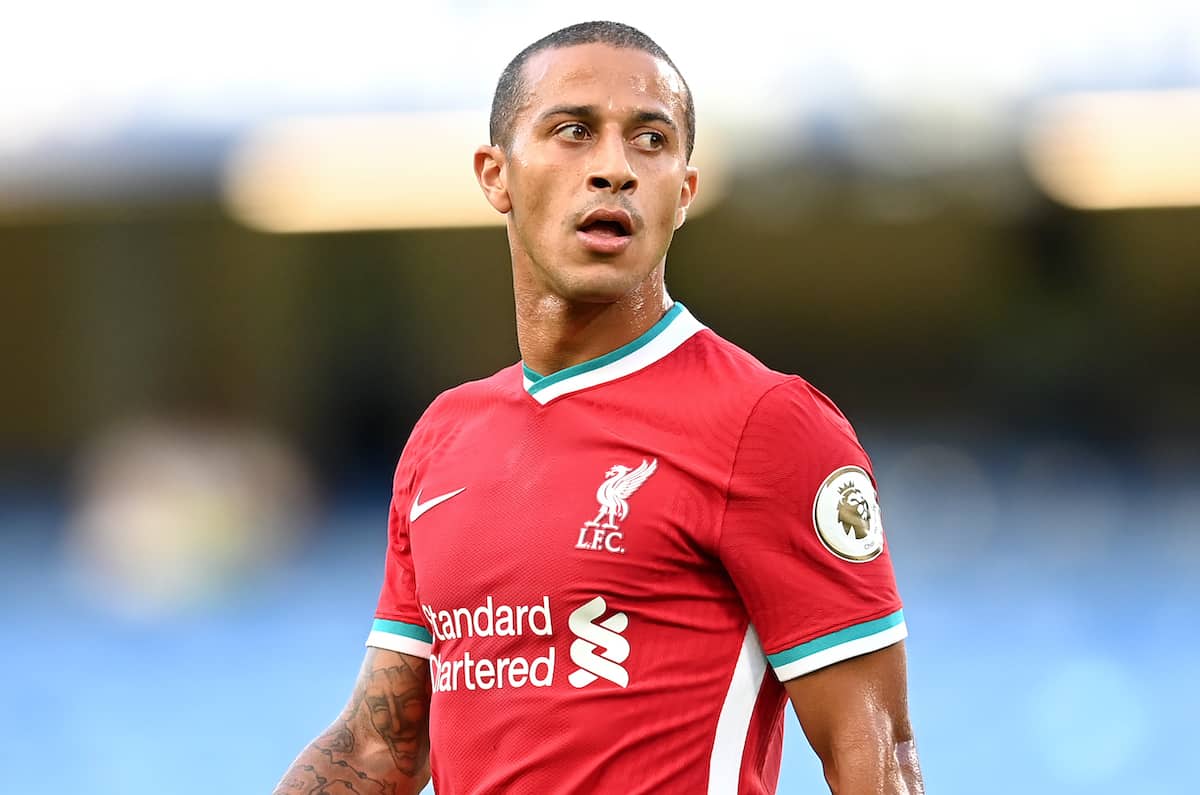 Injury to Jordan Henderson gave Thiago an early debut for Liverpool, and he made an instant impact as he broke the record for successful passes in a 45-minute display.

All eyes were on Thiago as he joined the Reds squad at Stamford Bridge two days on from his £25 million move from Bayern Munich, with anticipation building over the weekend.

Circumstances made his Premier League bow significantly easier, with Andreas Christensen’s foul on Sadio Mane leaving Chelsea with 10 men at the break.

Henderson made way at half-time with a thigh problem, and Jurgen Klopp made the bold call to replace him with Thiago, clearly convinced that a world-class player would be able to slot in and shine immediately.

The 2-0 win was marked by the brilliance of Mane and the misery of Kepa Arrizabalaga, but Liverpool’s new No. 6 made his mark by, remarkably, setting a new record in terms of passes.

According to Opta, no player has recorded as many successful passes in a performance of 45 minutes or less since records began in the Premier League in 2003, with 75.

No Liverpool midfielder managed more over the course of the entire game, with Naby Keita the closest with 49, while no Chelsea player produced higher than Mateo Kovacic’s 64.

Making short, simple passes is not particularly eye-catching, and often deep-lying midfielders, along with centre-backs, dominate statistics in terms of touches and passes.

But the way Thiago used the way saw him stand out from the off, with the Spaniard playing balls that few other players would be able to spot, and it certainly bodes well for Liverpool in the future.

Speaking to Sky Sports after the game, Mane hailed his new team-mate as “one of the best players in the world.”

“I think not only me, all the world knows how capable he is,” he said.

“He’s one of the best players in the world, so we’re lucky to have him, and I think today he showed he’s a great player.”

Thiago could make his first start as early as Thursday night, away to Lincoln in the League Cup third round, though given Henderson’s injury it could be that Klopp saves him for the visit of Arsenal on September 28.