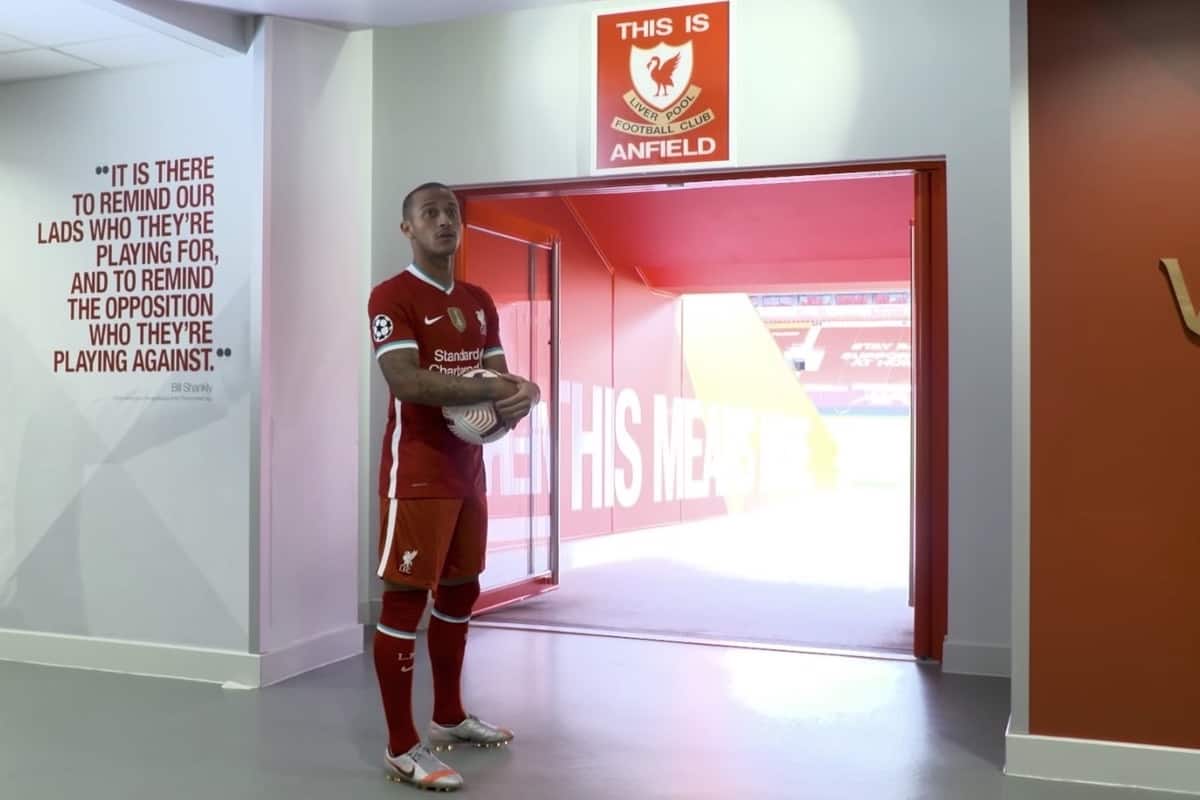 Thiago has revealed Fernando Torres told him not to touch the This Is Anfield sign until he wins something with Liverpool, with the midfielder “respecting this tradition.”

But as Jurgen Klopp praised on his £25 million arrival from Bayern Munich, Thiago is also a “wonderful person,” whose character fits perfectly into the setup at Liverpool.

Thiago speaks perfect English, along with Spanish, German, Portuguese and Italian, and he showcased this in his behind-the-scenes vlog from the day he signed for the club.

As he arrived at the tunnel at Anfield, Thiago explained how Torres once told him of the tradition of not touching the This Is Anfield sign until proving himself as being a winner with Liverpool, which he respected.

“As I heard once from Fernando Torres, this remains ever the place we pass by, for four more years [in my case],” he said.

“And to touch this symbol we have to deserve it and to win as many trophies as we can.

“That’s why today I will not. I will respect this tradition.”

It is a small gesture, but one that shows Thiago is already in tune with the culture of Liverpool, and one that outlines his desire to win trophies with the club.

The 29-year-old’s first day with the Reds saw him take in the usual media obligations, as well as being informed of the song that went viral among supporters upon the deal being agreed.

The Gibson Brothers’ ‘Cuba’ should now be sang around Anfield when fans are allowed back into games, in a marker of their appreciation for a world-class player who has already made a big impact.