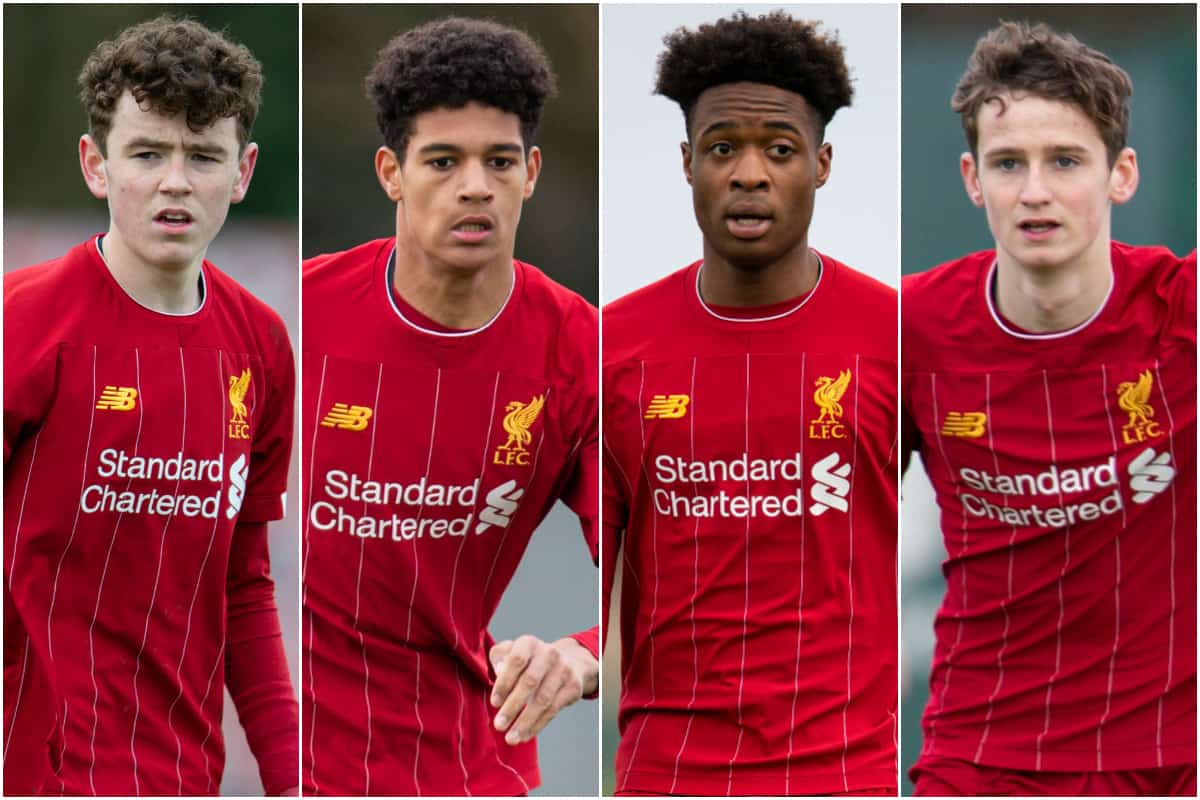 Liverpool under-18s head into 2020/21 with a new manager in Marc Bridge-Wilkinson, and with many new faces, with summer signings and youngsters making the next step.

The young Reds begin their campaign away to Man United on September 12, after finishing second in last season’s U18 Premier League, which was determined on points per game.

Despite not having played since March, and with a new coach leading them, the U18s have enjoyed a productive pre-season, with high-scoring victories over Crewe, Huddersfield, Leicester and United.

Plenty of fresh talent has caught the eye already, and for those following Bridge-Wilkinson’s side in 2020/21, there are many worth noting down.

Here’s how the Liverpool U18s squad is taking shape ahead of the new season.

Bridge-Wilkinson has a strong crop of ‘keepers to call upon in the new campaign, with Jakub Ojrzynski established as his No. 1.

Harvey Davies, a first-year scholar hailing from Liverpool, has rotated with the Czech throughout pre-season, but could face competition from Fabian Mrozek, a new signing from Polish club FC Wroclaw, in challenging for the gloves.

Mrozek has already trained with the first team, during his trial at the start of last season. 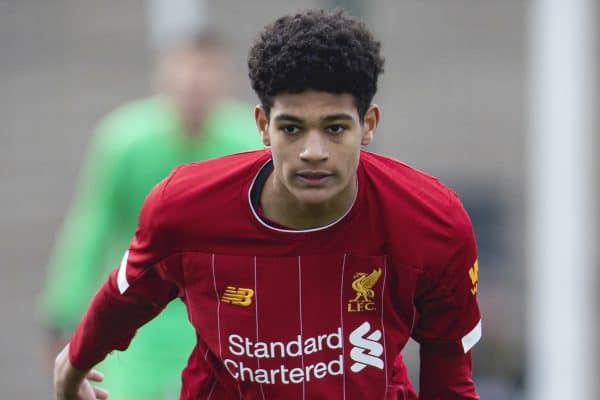 With the majority of Barry Lewtas‘ core defence from last season stepping up to the under-23s, Bridge-Wilkinson has built a new back line for his first campaign in the U18 Premier League.

Jarell Quansah and Sean Wilson are now staple figures, having only featured sporadically last season, while Lee Jonas and Luke Chambers have both stepped up as first-year scholars and are likely to play regularly.

Full-back trio Conor Bradley, Owen Beck and James Norris could well divide their time between the U18s and U23s. 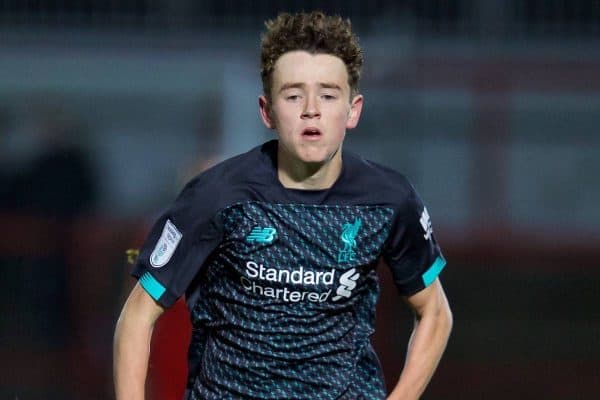 The U18s are set to have a new captain for 2020/21, and along with Quansah, one of the prime candidates is Tom Hill, who scored six and assisted three in 15 outings for Lewtas’ side last season, along with a first-team debut and seven games for the U23s.

He could be joined by Tyler Morton as one of the leaders of Bridge-Wilkinson’s new side, in a midfield group that includes a number of players worth keeping an eye on.

Beyond Hill and Morton, James Balagizi is one of the most highly regarded youngsters at the club, and new signings Mateusz Musialowski and Melkamu Frauendorf are exciting prospects too.

Musialowski, a versatile 16-year-old at his best as a No. 10, is claimed to have scored 130 goals in 80 games for his former club, SMS Lodz. 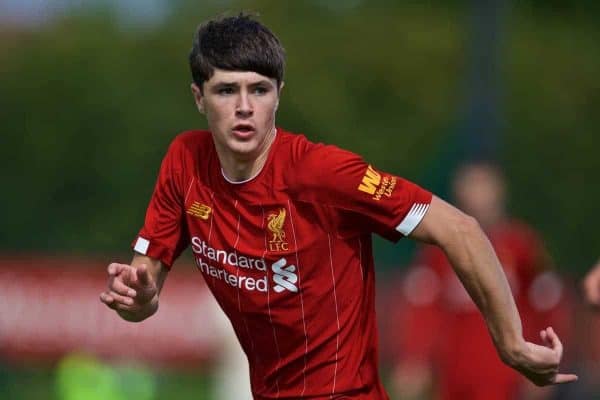 Like Hill, Bradley, Morton, Beck and Norris, Layton Stewart is likely to split his time between the U18s and U23s this season, but the predatory striker begins the campaign with Bridge-Wilkinson’s side.

He will be ably supported by two first-year scholars in Harvey Blair and Oakley Cannonier, along with Max Woltman, with the trio all finding the back of the net in pre-season.

Cannonier is one of the most notable players to make the step up to the U18s this season—the 16-year-old was the ball-boy who fed it quickly to Trent Alexander-Arnold for his iconic quick corner against Barcelona in the Champions League.