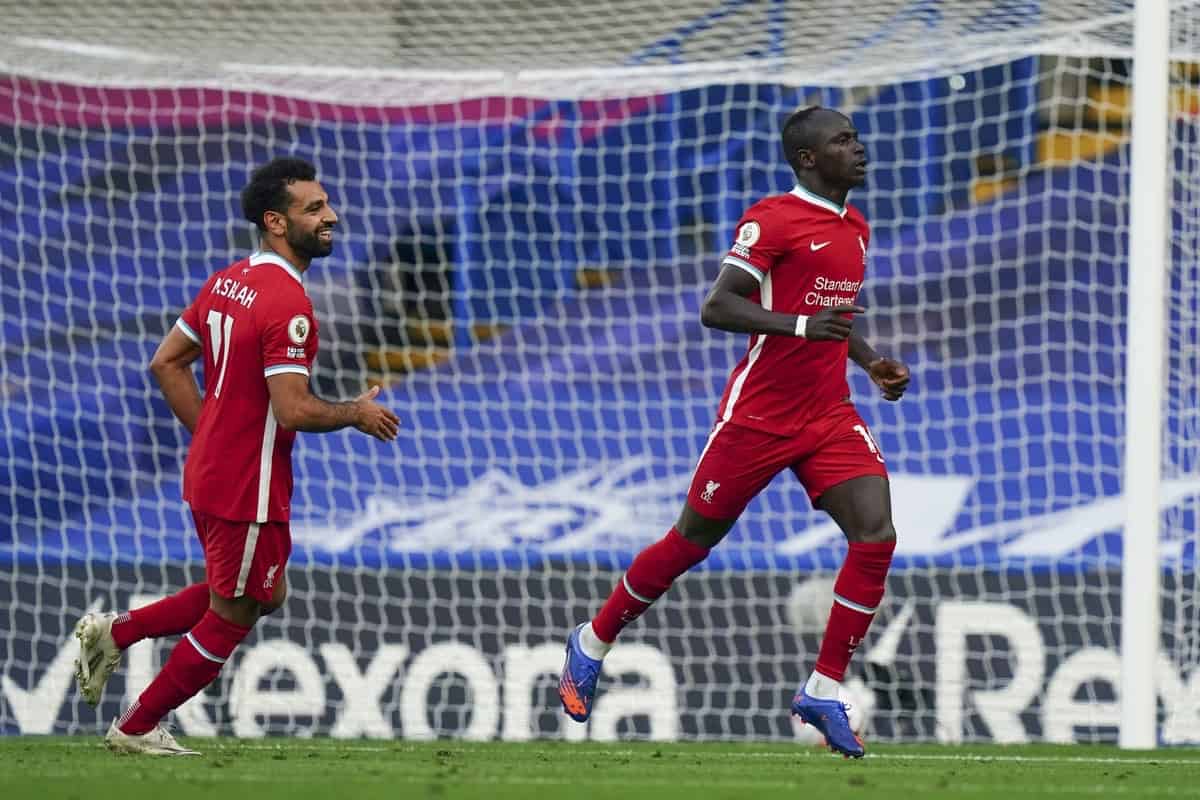 Liverpool picked up three points on the road at Chelsea thanks to two goals from Sadio Mane, on a night which saw Thiago make his debut for the club.

The first away game of the campaign saw Jurgen Klopp’s men travel to Stamford Bridge, where the excitement of Thiago in the matchday squad was somewhat tempered by the absence of Joe Gomez and Joel Matip.

With the pair not members of the travelling squad, Fabinho returned to the starting XI after missing out against Leeds and lined up at centre-back alongside Virgil van Dijk.

The Brazilian was one of the standouts of the opening half having stood up to the test Timo Werner presented in a half which saw the Reds dominate possession and territory.

On the scoreboard, they had little to show for their efforts, but a decisive pass through the middle of the park by Jordan Henderson would see Andreas Christensen handed a red card on the cusp of half-time.

With Sadio Mane poised to collect the ball before an onrushing Kepa Arrizabalaga, the Chelsea defender grappled the No. 10 to the ground and despite being the last man, was initially shown a yellow card before the referee consulted VAR.

The game was brought to life in the second for more reasons than one.

Thiago was added to the mix straight after the break in place of the captain and would go on to have a mesmeric debut, controlling the middle of the park with poise and confidence.

But Sadio Mane would prove to be the match-winner, netting twice in the space of four minutes, first from a well-executed header to finish off some sumptuous interplay from Salah and Firmino.

And the second was born out his work rate and desire to win the ball back, pressing the Chelsea ‘keeper and latching onto the end of his ‘clearance’ to earn an unassailable lead for the Reds.

A clean sheet was put in jeopardy when Thiago gave away a soft penalty on Timo Werner, only for Alisson to save Jorginho’s attempt and ensure Klopp’s side walked away with a 2-0 win and six points on the board after two games.