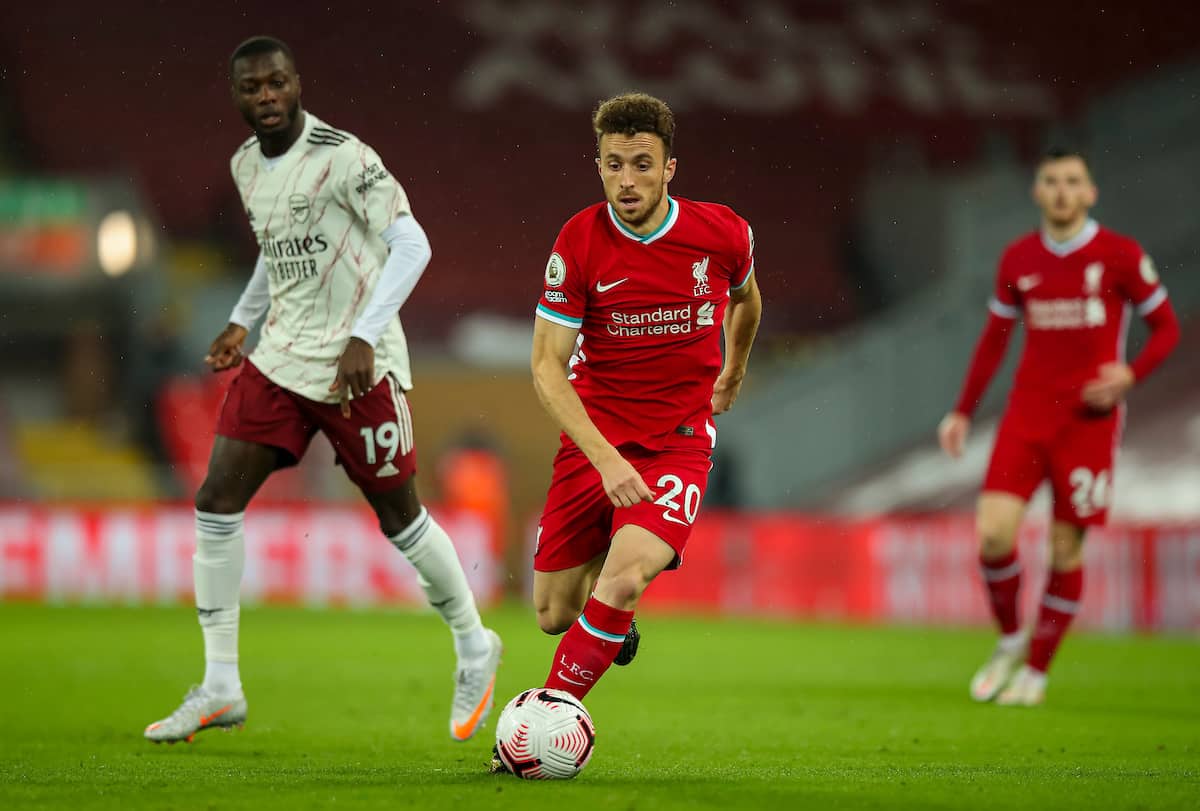 Liverpool took their season’s tally to nine points after a 3-1 win over Arsenal, one which was capped off with a maiden goal for new arrival Diogo Jota.

The Reds returned to home soil after two away games for league and cup exploits, with Arsenal the visitors as both sides aimed to make it three wins from three to start the new season.

While initial fears were that both Alisson and Thiago would miss the clash, the former was deemed fit and took up his regular place between the sticks while the Spaniard was made to wait for his full debut.

Bright and on their toes, Liverpool made their intentions known throughout the first half – with fluid football and a high press suffocating Arsenal in their own half.

A costly error from Andy Robertson handed Alexandre Lacazette a goal on a silver platter with Alisson already committed to a save, but their joy didn’t last long.

Merely three minutes later, the Reds were on the scoresheet thanks to the brilliance of Mohamed Salah who outmuscled Kieran Tierney and saw his rebounding strike at goal tapped in by Sadio Mane.

One soon became two for Liverpool with Robertson swiftly turning from the villain to the hero in a move which linked one full-back with the other at the back post for the Scot’s fifth career goal at the club.

It was Liverpool continuing to pile the pressure on in the second half, but Alisson was tasked with making a number of top saves to deny Lacazette, one was to be offside but he wasn’t to know.

At the other end of the field, Mane was one of the brightest sparks as he outmuscled and outmanoeuvred the Arsenal defence, who must have been sick at the sight of him by the time he was withdrawn.

Diogo Jota would come on in his place and cause just as many issues, and while Salah would nick one off his boot he was presented with another chance to nail one, adding his name to the list of players to score on their Anfield debut.

It’s three from three now in the Premier League and Anfield’s unbeaten streak stretches to 61 games.