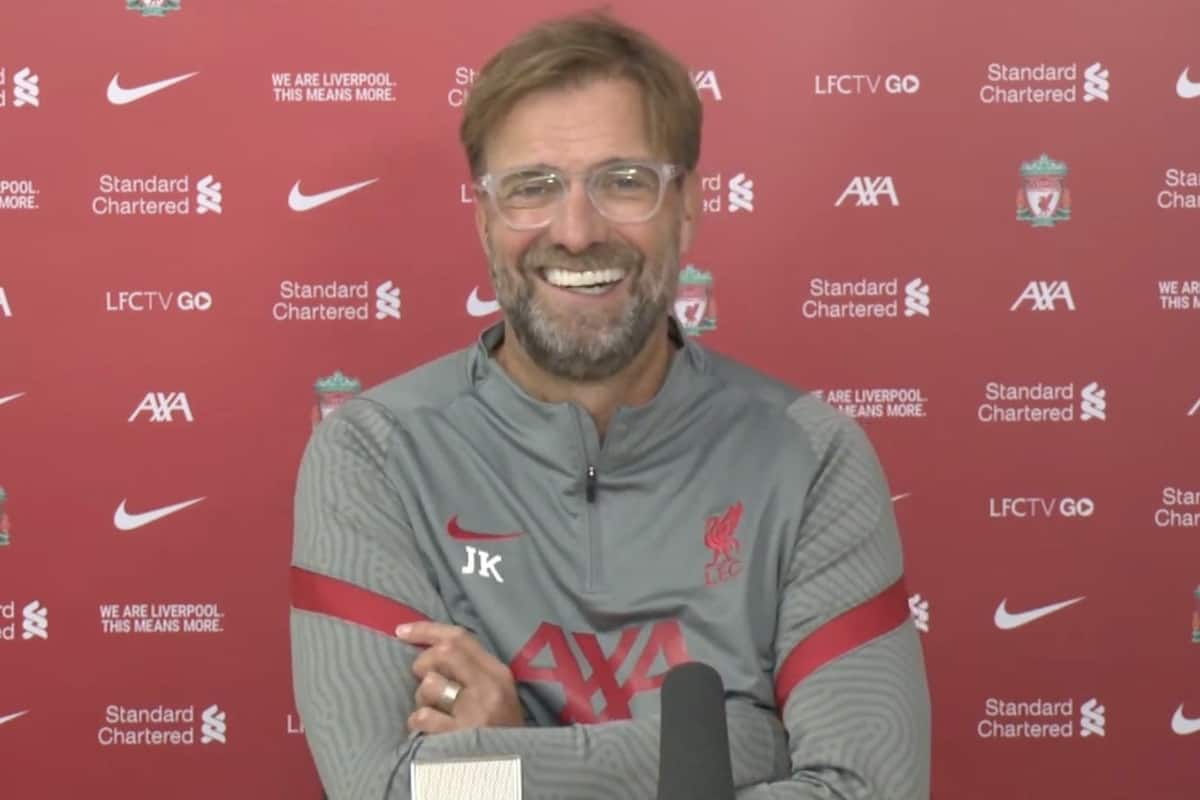 Jurgen Klopp sat down to preview Liverpool’s first of two clashes with Arsenal over the space of four days in two competitions, with the Premier League back on Monday.

The Reds are back in action to kick off next week, taking on the Gunners in the league three days before the exact same fixture is played out in the League Cup fourth round.

Klopp is likely to name a stronger side on Monday night, though the performance of his rotated selection in the 7-2 win over Lincoln showed the real depth of quality at his disposal.

The manager’s preview of Liverpool vs. Arsenal came just over 14 hours after his post-match press conference at Sincil Bank, but he was able to provide a fitness update on four injured players.

Joe Gomez and Billy Koumetio are due to return this week, but both Joel Matip and Jordan Henderson are ruled out for Monday, with Thiago poised to start in place of the captain.

It will be a difficult game, with Arsenal already having given the Reds a tough time in their last two meetings, and Klopp praised the work of Mikel Arteta at the Emirates.

“Mikel Arteta showed in a very short period of time that he seems to be an exceptional football manager, obviously,” he told reporters.

“Because the team he sets up now, the structure of the team is absolutely exceptional; you can see the balance between defence and offence is really good.

“You can see a lot of things which are obviously pretty helpful in football: good organisation but freedom for the players as well, [he] uses the players in the right positions.

“So I have to say since he’s there, he did a pretty impressive job, to be honest.”

Klopp was also asked about the prospect of an exit for Rhian Brewster after the striker’s omission from the squad at Lincoln, but refused to discuss any transfers.

A question direct from one of Klopp’s contemporaries, Ralf Rangnick, was perhaps the highlight of the press conference, leading to a detailed analysis of Naby Keita‘s time at Liverpool so far.