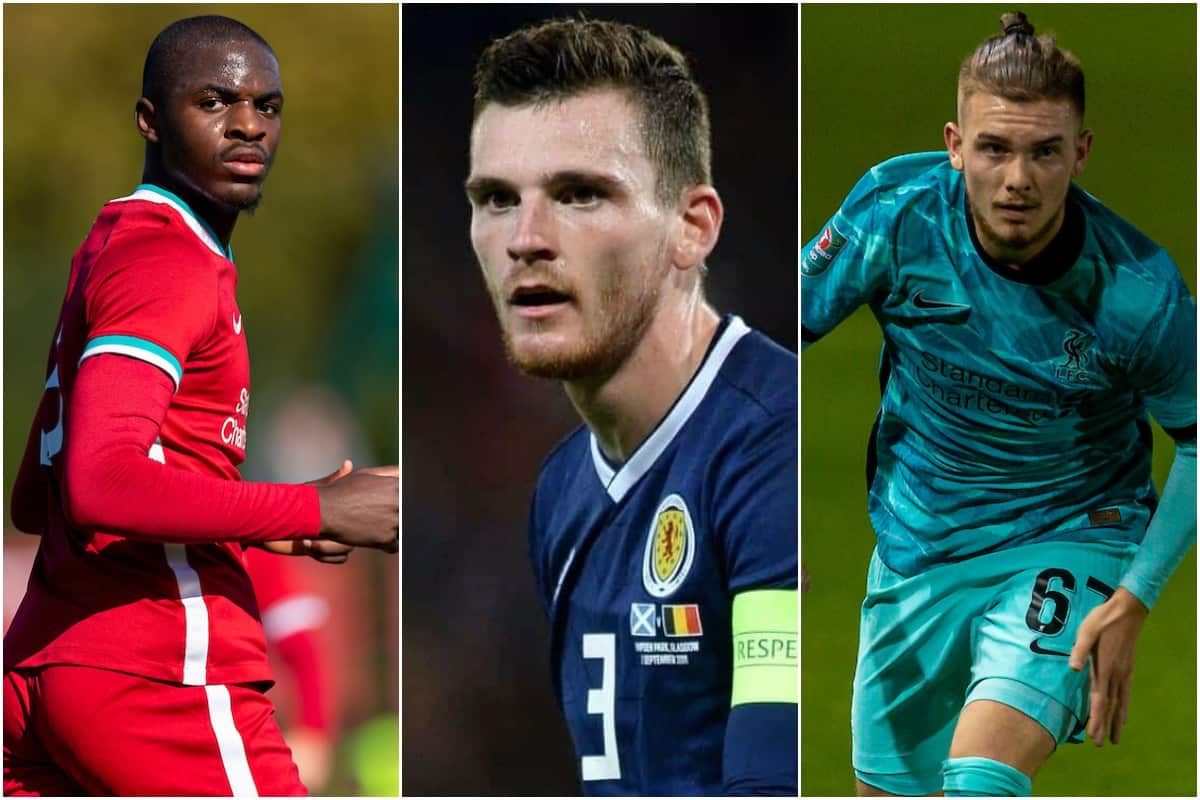 It was a euphoric evening for Andy Robertson on Thursday as Scotland moved one win away from reaching their first major tournament in 23 years, but it required extra time and penalties.

Thursday saw another batch of Liverpool’s internationals take to the field across Europe, with EURO 2021 qualifiers and friendlies the order of the day.

It was Robertson’s Scotland who had the most on the line, needing a win to reach the play-off final to have a shot at securing a spot at EURO 2021.

With Scotland not having reached a major tournament since 1998, the pressure would not dissipate and only increased after Southampton midfielder Stuart Armstrong tested positive for coronavirus in the build-up, which forced the self-isolation of four close contacts.

And Arsenal defender Kieran Tierney and Celtic midfielder Ryan Christie were among those to withdraw from the squad to meet Israel.

Robertson was named in the starting XI in a 3-5-2 formation, operating as a left-wing back for Steve Clarke’s side in what was an ugly scrap for a place in the final two as the two teams traded blows but without any real potency.

We’ve deserved a night like this for a long time, too long in fact! This is for you Scotland!! The only thing missing was the tartan army being there! ???????

Scotland were not without their chances with Robertson proving dangerous from set-pieces, but with an inability to finish, for either side, extra-time came begging after a 0-0 scoreline.

It meant Liverpool’s No. 26 played out the entirety of the 120-minute clash at Hampden Park before penalties arrived, one the Scotland skipper watched from the half-way line as Israel saw one effort saved and his side bury all five. Cue jubilation.

A final against Marko Grujic‘s Serbia now awaits Robertson and Scotland in the November international break, where the winner takes all for next summer’s tournament.

For now, two Nations League games await, where Reds will be hopeful that Robertson will be afforded a timely break before he returns to Merseyside for a run of seven games in 21 days.

Elsewhere, COVID-19 wreaked havoc for Harvey Eliott’s England U19s friendly with Scotland after news emerged that the latter’s head coached had returned a positive test during the match.

England had led 3-1 at half-time at St George’s Park before the game was forced to be abandoned at the interval, where all Scotland’s players and backroom staff are now to undertake a 14-day isolation period.

It means the second friendly between the two teams on Sunday is cancelled, but Elliott could remain on base with England for ongoing training but it has yet to be confirmed.

Billy Koumetio, meanwhile, did not even have the chance to take to the field after France’s U19s game against Germany was called off after one of the French team tested positive. Once again highlighting the farcical decision to allow international fixtures to go ahead.

Friday is a quiet one for the Reds’ internationals, with Takumi Minamino the only member of the first team in action for Japan’s friendly against Cameroon.

Liverpool’s loanees in Morgan Boyes and Kamil Grabara round off the action for Wales U21s and Poland U21s respectively in Euro U21 qualifiers.