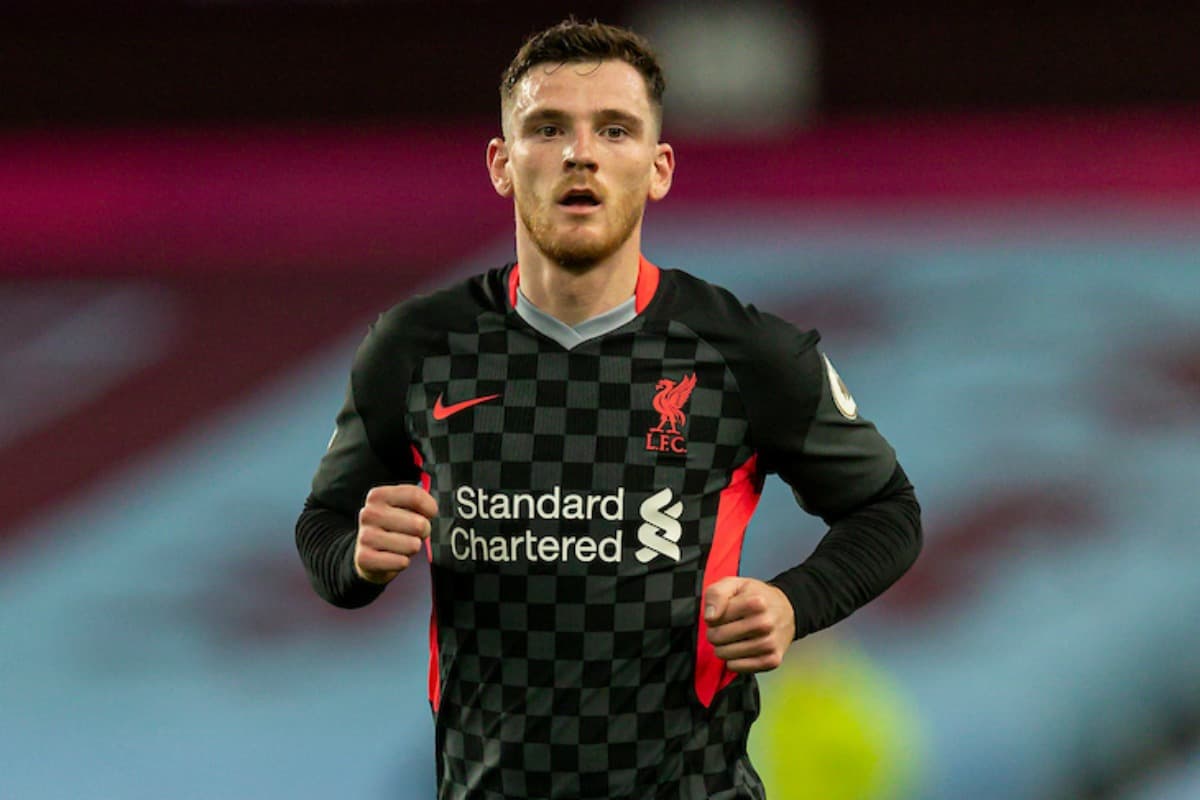 Andy Robertson did not hide from Liverpool’s “embarrassing” 7-2 defeat at Aston Villa, with the unacceptable performance not one which can ever be repeated.

The Reds were a shadow of themselves as they were beaten from pillar to post against Dean Smith’s side, where to a man Jurgen Klopp‘s side were calamitous at worst and sloppy at best.

It was a nightmare from start to finish for Liverpool, with a goal in the fourth minute for the hosts proving to be a catalyst for a further six to follow suit – with Mohamed Salah one of only a few to walk away with some credit after netting a brace.

It was starkly different to the standards set by the champions last season and there were to be no excuses for Robertson after the final whistle, with the Reds having lost every battle throughout the 90 minutes at Villa Park.

“At times we couldn’t believe it, to be honest,” a dejected Robertson told LFCTV post-match.

“Especially in the second half I think they scored three deflected goals but you could come out and say that’s why we lost but the game was lost before then, well before then, unfortunately.

“Then we end up with a result like this, they took pretty much every chance they had and all credit goes to Aston Villa, unfortunately. They, to a man, were better than us and every competition on the pitch they won, and when that happens you’re never going to win a game of football.

“That result as a Liverpool player is embarrassing.”

The manner of the Reds’ start to the game left a lot to be desired and while the Scot drew comparisons to last season’s opening half at Aston Villa, they simply never gave themselves the opportunity to dig in and fight back this time around.

And while there was belief that a second half comeback was possible, the performance levels remained “unacceptable” and now it is time to “make sure it doesn’t happen again.”

“It’s happened before [a slow start] and probably happened here last year, to be honest,” he continued. “First half we were all over the place and second half we go and get the win – but we didn’t give ourselves the opportunity [tonight].

“When you’re not at it and you’re then a wee bit slower to find your rhythm, you need to stay in the game and unfortunately, we made far too many mistakes that ended up in goals. When that happens, you’re never going to win a game.

“The manager has always said since the day he’s come in that if we’re even one percent short then we won’t win games, we were well short today and well below par.

“That’s something that hurts the most. We go down in the first half 4-1 and this Liverpool side believes we could have come back, of course we did.

“But the fact that we then go out and concede so many goals in the second half and it becomes that scoreline, it’s embarrassing when you play for this club – it’s not acceptable.

“And that’s something we all have to deal with but we’re a tight group, we’re a group that get on very well and we’re a whole club that gets on very well and now we make sure this performance doesn’t happen again.

“Forget about the result, they took every chance and that’s fine but the performance simply wasn’t good enough and we need to make sure it doesn’t happen again.

“Every defeat you can learn from and we’ll certainly learn from today because there were that many mistakes that we have to learn, or we’ll concede more goals.”