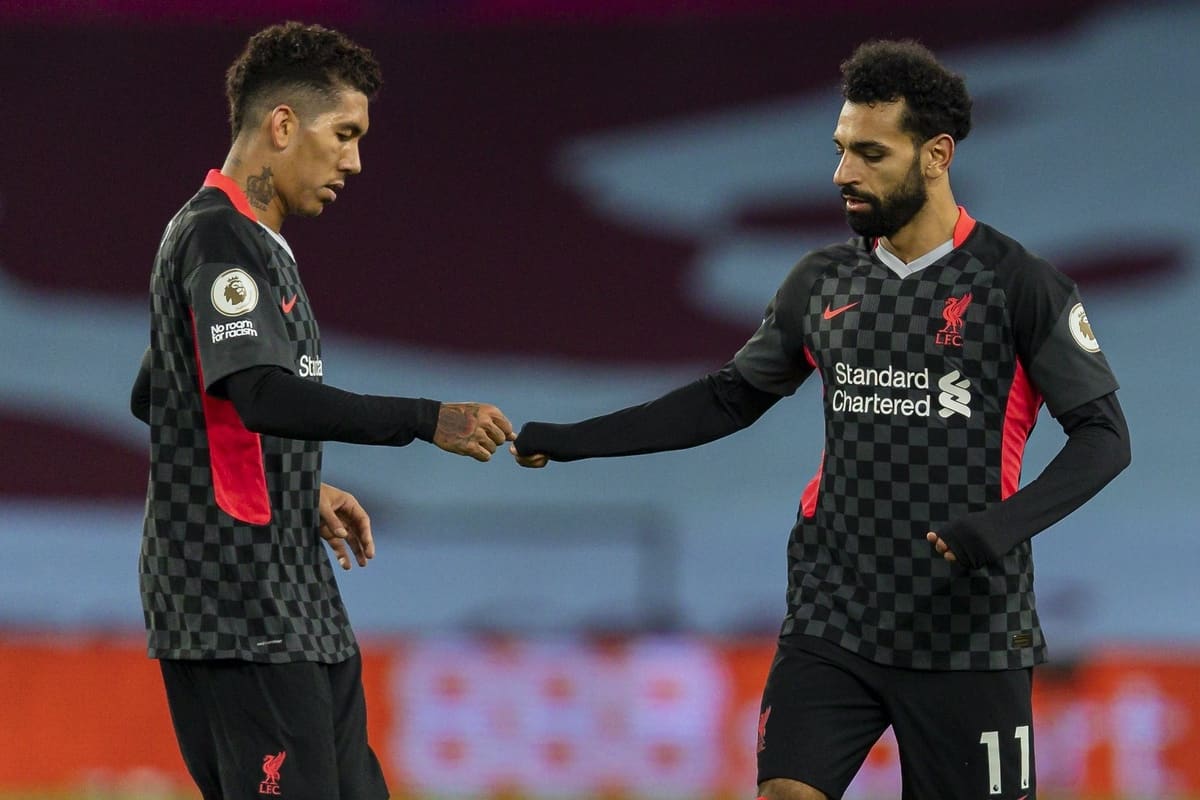 Liverpool were an embarrassment in their 7-2 defeat to Aston Villa on Sunday, with Andy Robertson and Mohamed Salah the only players to come away with any sort of credit.

The Reds arrived at Villa Park looking to keep up their 100 percent start in the Premier League, but they returned north having suffered a shambolic loss.

Although Salah’s second of the game made it 5-2 after the break, giving Liverpool a tiny glimmer of hope, two goals from Jack Grealish completed the scoring on a crazy night.

It is undoubtedly one of the worst defeats of Klopp’s tenure at Anfield, as the Reds were made to look comical defensively.

Here we compare our player ratings with those from the Liverpool Echo, the Mirror, WhoScored, FotMob and the TIA readers. 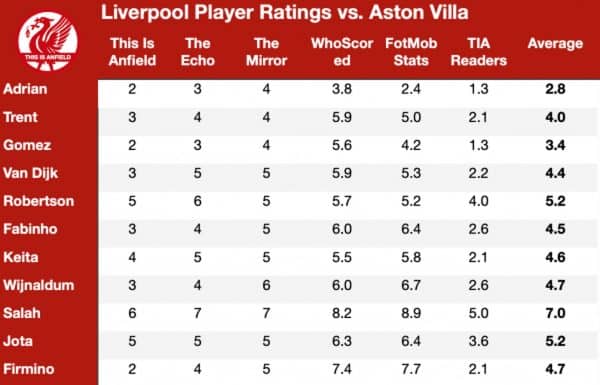 We normally single out the star men first, but that simply doesn’t feel right on this occasion, such was the nature of the loss.

Adrian (2.8) earned the lowest average, as the chasm in class between himself and the injured Alisson was highlighted in painful fashion.

TIA’s Henry Jackson felt the Spaniard “spread nervousness throughout the whole team,” starting with his mistake in the early moments.

Ian Doyle of the Echo was rather kind in saying Adrian “wasn’t exactly convincing” in his all-round play – he was much worse than that. 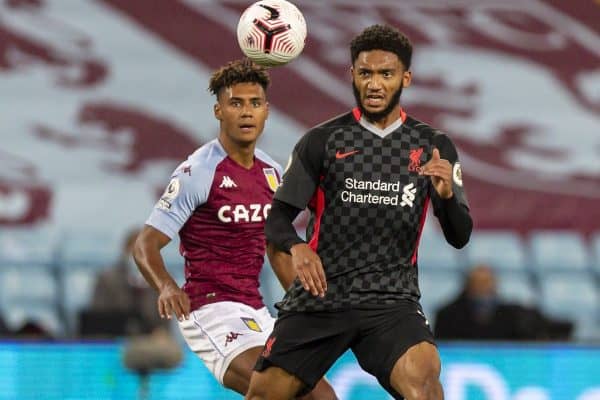 Joe Gomez (3.4) was next up, with the 23-year-old putting in a calamitous showing at the heart of Liverpool’s defence.

The Mirror‘s Andy Dunn claimed the centre-back was “turned inside out for Villa’s second” goal, while Jackson thought his display was “up there with his worst for the club.”

The third-worst player was deemed to be Trent Alexander-Arnold (4.0), who found himself exposed defensively too often and was run ragged by Grealish.

Dunn said it was “bizarre to see him not on the same wavelength as his regular defensive colleagues”, as Liverpool suffered a nightmare at Villa Park.

If there was one plus point it was Salah (7.0), who bagged his 100th and 101st goals in English football, converting both strikes with aplomb.

The Egyptian was “always a threat,” according to Doyle, while FotMob noted that he enjoyed a 90 percent passing accuracy and 100 percent shooting accuracy.

The dreaded international break now comes into play, meaning we have to wait a couple of weeks to watch Liverpool in action again.

A huge clash with Everton at Goodison Park awaits on October 17, with the Blues top of the Premier League after four consecutive wins currently.