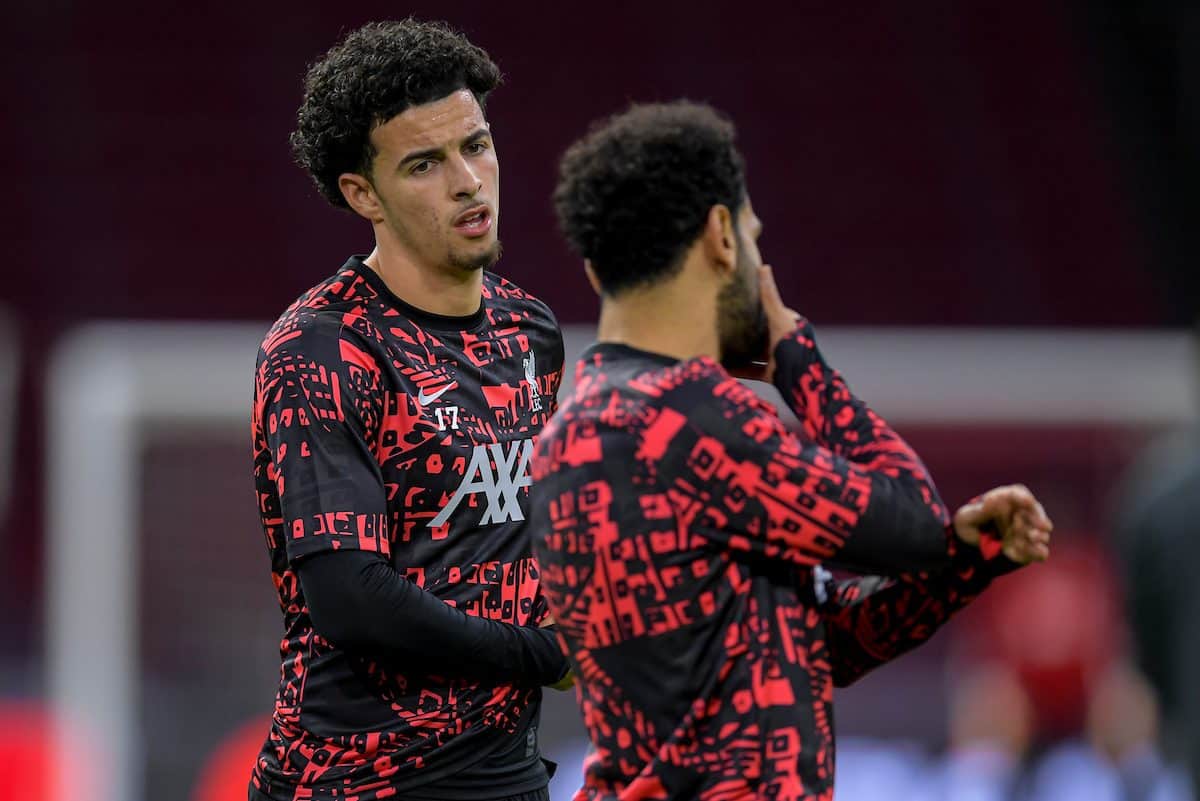 Jurgen Klopp has been forced to shuffle his pack for the opening Champions League fixture, making four changes to his lineup against Ajax.

The Reds have had a nightmare few days stretching back to a dramatic Merseyside derby, with injury and VAR controversy dominating the headlines in the lead up to this game.

The biggest news, of course, is the long-term absence of Virgil van Dijk after a nasty challenge from Jordan Pickford resulted in a grade three ACL tear, while Thiago too felt the brunt from a late Richarlison tackle and as a result was not part of the travelling party.

Their absence in conjunction with Joel Matip and Alisson ensures another change to the back five tonight.

Adrian will continue to deputise between the sticks while Fabinho drops into the centre of defence alongside Joe Gomez, with Trent Alexander-Arnold and Andy Robertson continuing their full-back duties.

In midfield, Gini Wijnaldum is to reprise his role in the No. 6 position, with the Dutchman joined by James Milner and Curtis Jones – the latter of whom makes his first Champions League start.

Roberto Firmino will make his 50th European appearance for Liverpool in attack, with Mohamed Salah and Sadio Mane sitting alongside the Brazilian.

With European competitions continuing the rule to name an extended squad of up to 12 substitutes, of which five can be made, Klopp has a number of options at his disposal.

But while he can turn to Diogo Jota, Takumi Minamino and Xherdan Shaqiri, Liverpool were only able to fill 10 spots, of which two are taken up by goalkeepers. 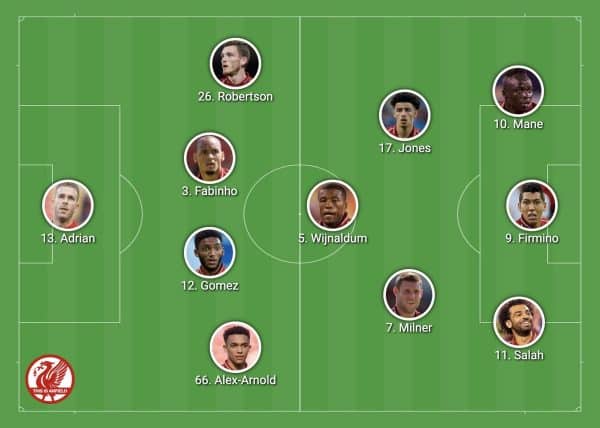