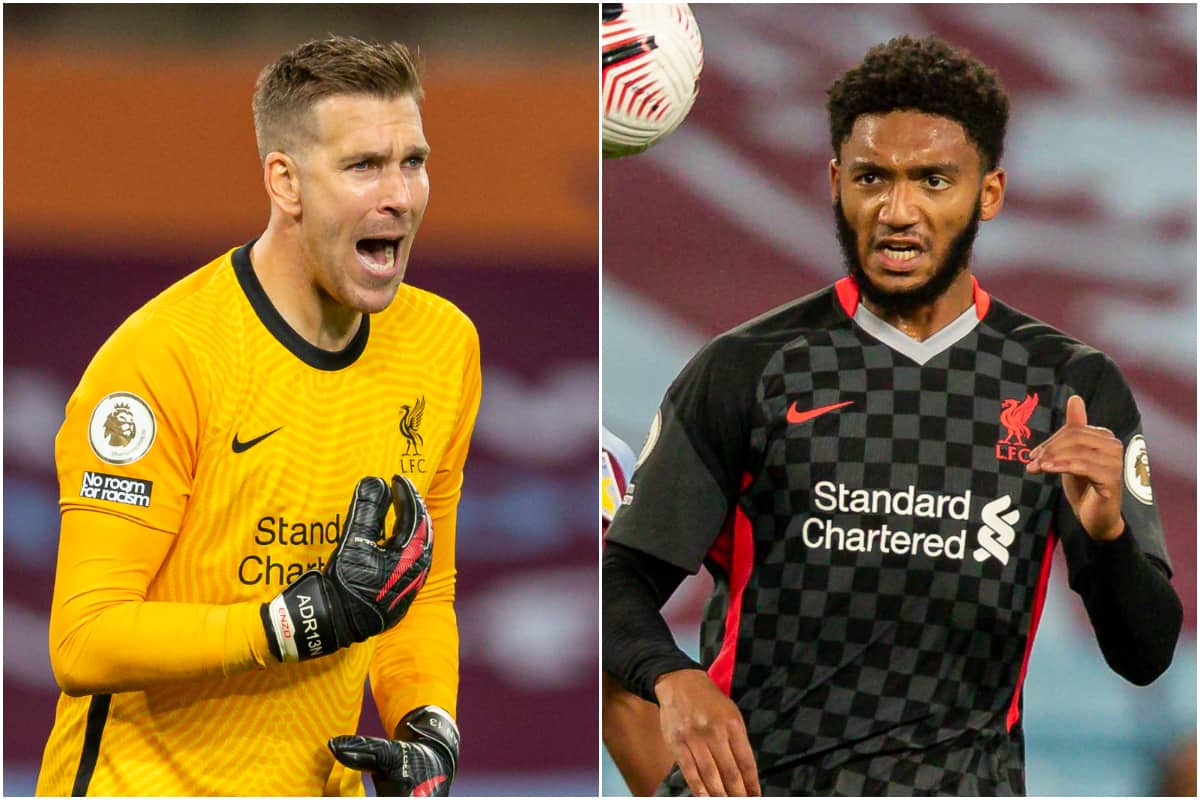 Dejan Lovren has come to the defence of Adrian and Joe Gomez after criticism of the pair for their role in Liverpool’s 7-2 loss at Aston Villa, telling fans to “move on.”

The Reds produced arguably their worst defensive display since the 4-1 loss to Tottenham in 2017 – a game infamous for Lovren’s half-time withdrawal – as they were humiliated at Villa Park.

That effectively brought the end of Lovren’s time as a first-choice starter, though he remained with the club for three more years until his move to Zenit St Petersburg this summer.

During his time at Liverpool, Lovren was regularly criticised and scapegoated in defeat, which put him in a strong position to comment on the scrutiny over Adrian and Gomez’s performances.

While the Croatian did not name either as he took to Twitter to defend his former team-mates on Sunday night, it is clear that the “one or two players” he was referring to would have been the under-fire pair.

Never blame one or two players for a defeat. There is 11 players on the pitch who work as a TEAM, sometimes there are good and bad days, tomorrow is a new day. Move on! ??

“Never blame one or two players for a defeat,” Lovren wrote.

“There are 11 players on the pitch who work as a TEAM, sometimes there are good and bad days.

Lovren is certainly a player whose views on social media can be questioned, but his comments after the Villa defeat do provide a measure of perspective.

Jurgen Klopp himself attempted to shield Adrian from blame in his post-match press conference, saying that, bar Ollie Watkins’ opener, “tonight our goalie was not the problem.”

And while debate over the form of Liverpool’s No. 12 and No. 13 is warranted, it is important to avoid an overreaction to such a bitter defeat given the context of this strange campaign.

Responding to a comment deriding his initial tweet, Lovren told one fan that they were “the proper example of how not to be a supporter of a big club,” and urged another who claimed he “hated” Adrian to “just go support someone else then.”

Lovren’s words echo those of Pepijn Lijnders following social media abuse of Neco Williams after the 7-2 win at Lincoln in the League Cup, with the Dutchman saying “you are not a Liverpool supporter if you don’t support.”

Few Liverpool players came away from Villa Park with any credit, and while they were disappointing, to heap the blame solely on Adrian and Gomez would clearly be wrong.