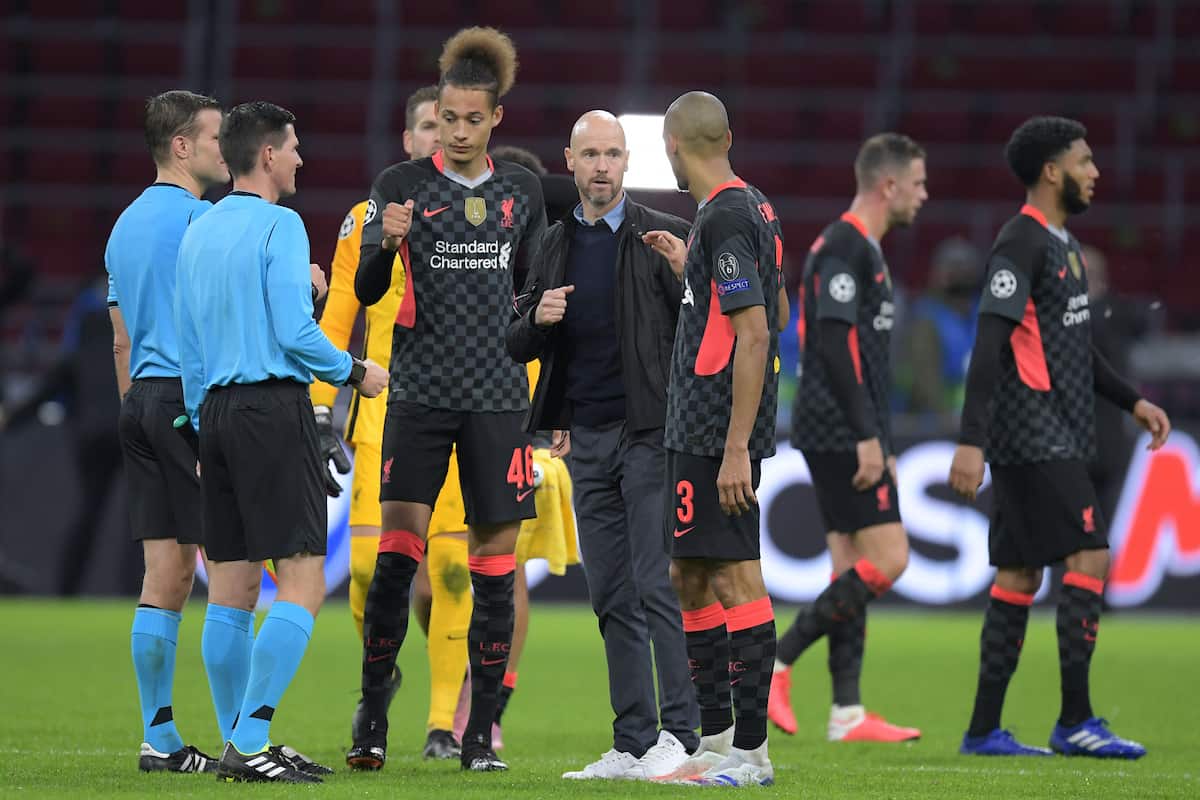 James Milner believes Virgil van Dijk “will have been proud of how the boys dug in and defended,” as Fabinho stood in and shone in Liverpool’s 1-0 win over Ajax.

The Reds were without a number of key players for their Champions League opener on Wednesday night, which led Jurgen Klopp to start Fabinho at centre-back, while Milner and Curtis Jones came into midfield.

It took time for Liverpool to settle as a result, and Jones in particular looked unsure of his duties on his European debut, but an own goal from Nicolas Tagliafico was enough to seal the three points.

Fabinho was Man of the Match as he filled in for the injured Van Dijk, and in the aftermath of the Merseyside derby, Milner told LFCTV that the Dutchman “will have been proud” watching on from home:

“A lot has been going on, and a lot of emotion from all the boys, we’re a tight-knit group and when things happen to one of us, it happens to all of us.

“It was a big performance, we wanted to make sure we got that result for Virg as well. We need to keep doing that throughout the season.

“I think he’ll have been proud of how the boys dug in and defended tonight, and I’m sure he enjoyed it watching it at home.”

Milner was asked about Fabinho‘s contribution and the vice-captain hailed his fellow midfielder, along with the likes of Diogo Jota, Takumi Minamino, Xherdan Shaqiri and Rhys Williams, coming off the bench in a “very ugly away win”:

“Fab is a top, top player, and top players can do that. He’s played there before and been fantastic.

“Him and Joe together, standing up to that test today, which was a tough test.

“All the boys, obviously with the extra subs today and players coming on who maybe haven’t played as much, the commitment and desire and effort that everyone, as a group, put in [was great], Rhys coming on as well and getting stuck in straight away.

“It was a really good team performance, a very ugly away win, but that’s all that matters.

“First game in the group, as tough as this was, it’s so important to get off to a good start with three points.”

Fabinho ended the game having made four tackles and four interceptions, with Milner (six tackles, five interceptions) the only Liverpool player to record more.

But the No. 3’s most telling contribution was a goal-line clearance when Adrian was somehow lobbed in his six-yard box, with Fabinho clearly relishing this as he took to Instagram after the game:

Adrian enjoyed his stop to deny Quincy Promes at 0-0, with the goalkeeper joining the likes of Milner, Jones, Gomez and Gini Wijnaldum in savouring a “tough” win:

I love my job… Specially when a minute after this… WE SCORE! ? Tough night in Amsterdam but we fought together to get the first 3 points and a clean sheet! Really good @championsleague start! ???

Big away win to start the group #grinditout #findaway #ynwa

Win & clean sheet in Amsterdam to start the UCL campaign ???

Tough match tonight. We had to fight for it, but a win on the road is a great way to start the group stage ??? #AJALIV #UCL

The Reds have less than a week to wait until their next foray into the Champions League, with a home clash with Midtjylland on October 27, but before that is the visit of Sheffield United on Saturday night.

It is a tight turnaround for Klopp’s side, and as Milner attests, they will need to continue grinding out these results to stay on top.