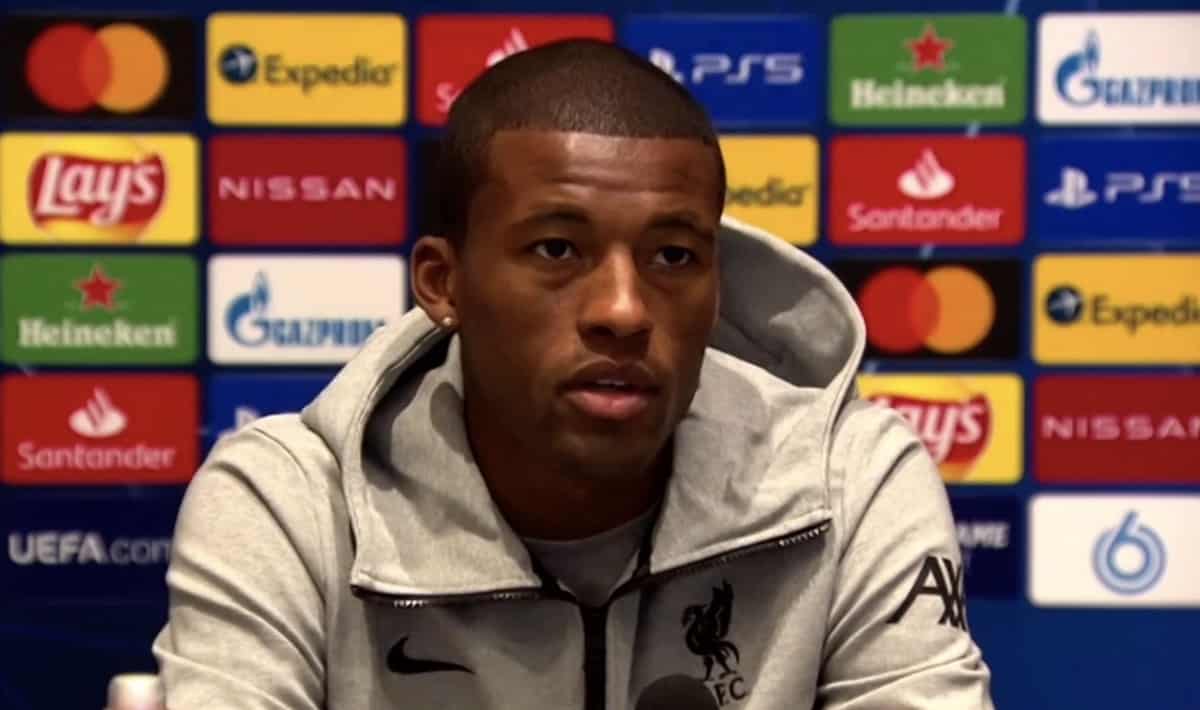 Gini Wijnaldum has blasted Jordan Pickford and Everton for their approach in the Merseyside derby, criticising the “stupid” tackle which led to a long-term injury for Virgil van Dijk.

Frustration and anger were just two emotions which spread throughout the club in the immediate aftermath of Liverpool’s clash with Everton, with Van Dijk recklessly challenged by Pickford.

The following day it was confirmed that the Dutchman had sustained a grade three ACL tear, putting his 2020/21 season in jeopardy and leaving his teammates simmering with rage at the manner in which his injury was sustained.

Speaking ahead of Liverpool’s clash with Ajax on Tuesday, Wijnaldum did not hold back in his assessment of Everton and their “unacceptable” approach to the game which saw both Van Dijk and Thiago succumb to knee injuries.

“First of all, devastated, think it’s different than normal – how it happened was hard for us and I think everyone still has and feeling about it,” Wijanldum told reporters.

“When speaking with lads after sat I think no one of the players slept after what happened with Virgil because of the way it happened.

“It’s really hard one to take for me, and also for the team.

“We were upset, as I explained before, the way Pickford went it on the challenge, in my opinion, was stupid and I believe he didn’t want to injure Virgil but the way he took the tackle he didn’t care what happened after.

“We had it a lot in games against Everton, in my opinion, they take it way too far. We know it’s a derby and everyone wants to win but sometimes you go over the top, but it was too much.

“If you talk about the tackle of Richarlison on Thiago it was also a nasty one, that’s what bothers me the most and most of the other players.

“Accidents can always happen in football, you can be unlucky and injure someone but the way they were doing it was completely unacceptable.

“It makes it harder that they don’t get punished. In this case Pickford after seeing the videos.”

With the referees having deemed to have seen the incident, no retrospective action will be taken on Pickford and the players are right to feel aggrieved for they have not only lost an exceptional player but an important teammate on and off the field as they push to continue their success.