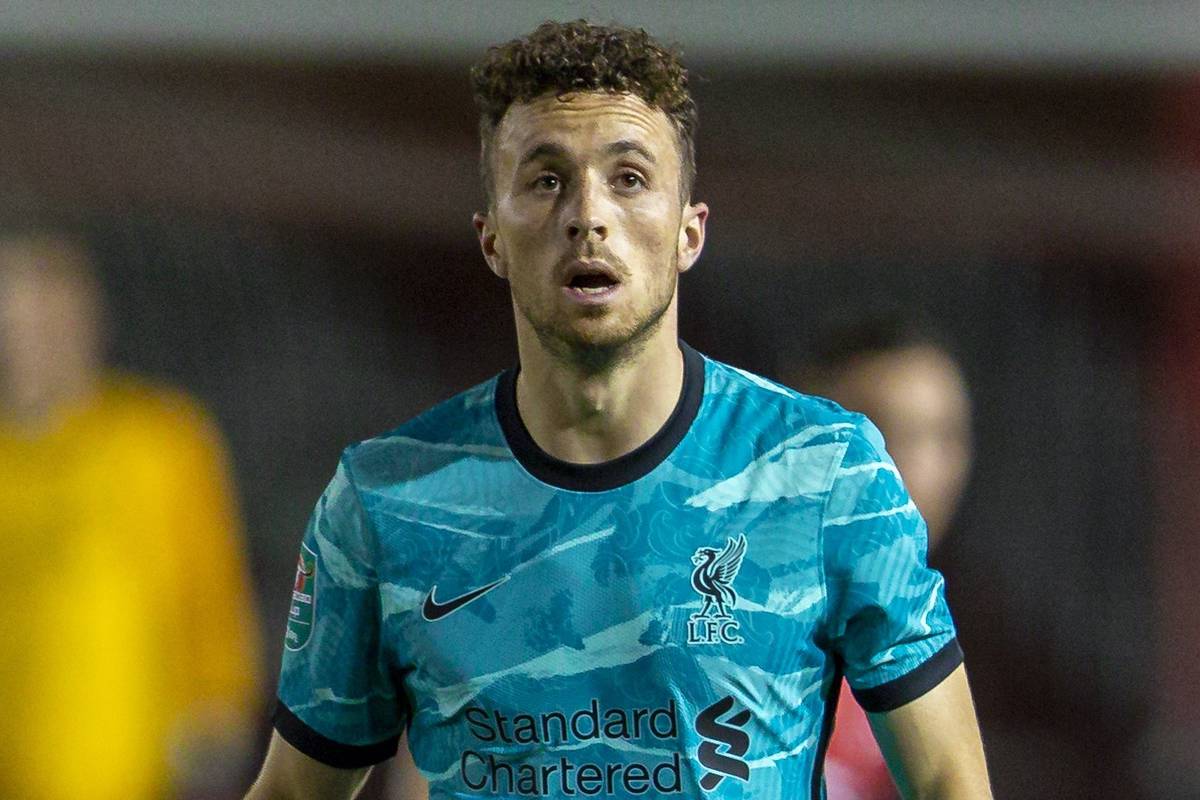 The Reds dropped out of the League Cup due to a penalty-shootout loss to Arsenal on Thursday night, after Klopp rotated his side for a second clash with the Gunners in four days.

Ahead of the October international break, Liverpool visit Villa Park looking to maintain their 100 percent record in the league, against another side to have won all of their games.

Villa have so far put Sheffield United and Fulham to the sword, but Sunday will be a much tougher test for Dean Smith’s new-look side, which could include Chelsea loanee Ross Barkley for the first time.

Klopp’s selection is restricted by injury and two cases of COVID-19, but it should still be a very strong XI that takes to the field in the west Midlands.

The big news ahead of kickoff is that Sadio Mane has joined Thiago in testing positive for COVID-19 and is now in self-isolation.

Neither Mane or Thiago will, therefore, be available on Sunday, with the pair likely to return to the side for the Merseyside derby on October 17, if all goes well.

Also out for this clash are Joel Matip, Kostas Tsimikas and Alex Oxlade-Chamberlain, though Jordan Henderson is now back in full training after a thigh injury.

Henderson should not be expected to start, however, with Klopp explaining that his callup to the England squad for meetings with Wales, Belgium and Denmark at Wembley is designed to work towards getting the captain “match fit.”

Beyond that, the Reds are in strong health, and one of the key positives is that none of the first-choice starters to feature in the League Cup on Thursday night suffered setbacks.

Jota, Virgil van Dijk and Mohamed Salah were among those to join a recovery session at Melwood on Friday, and though there is a tight turnaround, the trio could all start at Villa. 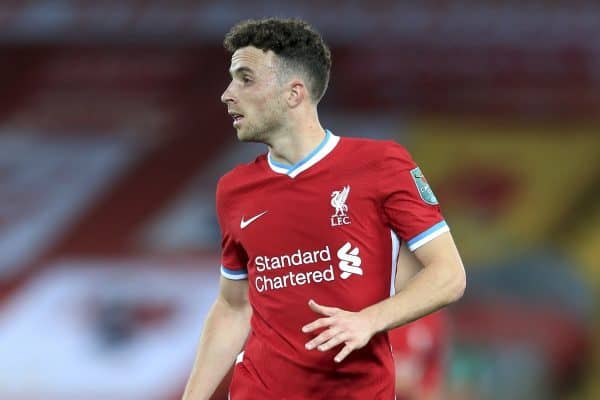 The absence of Thiago saw Klopp simply revert to a tried-and-tested midfield of Fabinho, Gini Wijnaldum and Naby Keita for the 3-1 win over Arsenal in the league, and given Henderson is not yet up to speed that should be the case again on Sunday.

But Mane’s withdrawal puts the Reds in new territory, and could hand Jota a big chance to prove himself soon after his £45 million arrival from Wolves.

Provided there are no complications after the League Cup tie, a back four of Trent Alexander-Arnold, Joe Gomez, Van Dijk and Andy Robertson should line up ahead of Alisson in defence.

And supported by the midfield trio of Fabinho, Wijnaldum and Keita could be an attacking unit of Salah, Jota and Roberto Firmino, with the Portuguese a like-for-like replacement for Mane.

It will be a test of Jota’s credentials, but there is a belief among Klopp and his staff that he is capable of stepping in and performing from the off, having already netted his first goal for the club last time out in the league: 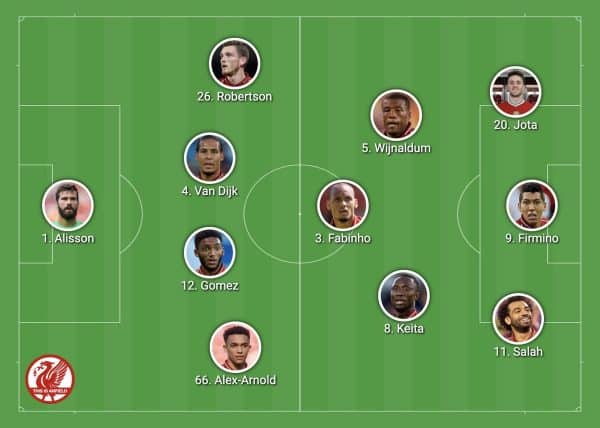 It could be, however, that the absence of Mane prompts a change in setup for Liverpool, with the possibility of switching to a 4-2-3-1 formation.

That would largely be inspired by the impressive form of Takumi Minamino, who could take Mane’s place on the left flank instead of Jota.

The defensive line will remain the same regardless, but the midfielder most likely to drop out if the system does switch is Keita, despite his own strong run of displays of late.

With Fabinho and Wijnaldum as a double pivot, Jota could take up duties on the right, with Minamino on the left and Firmino as No. 10, switching with the Japanese throughout.

Salah’s move up front would be due to the need for more diligence in the supporting roles, with a three-man attacking midfield of Jota, Firmino and Minamino one of the most relentless possible: 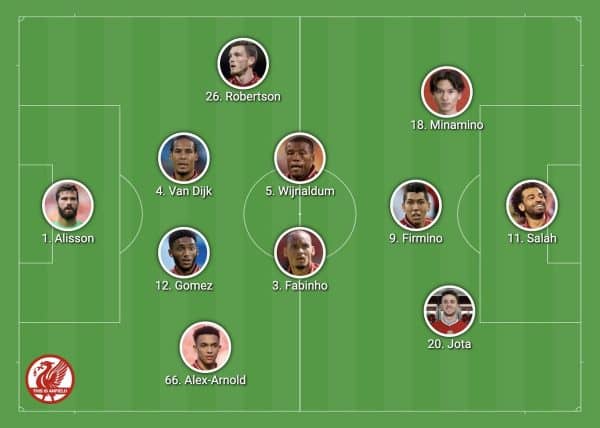 It is doubtful Klopp will switch things up too much prior to the international break, with consistency the key in the Premier League, and therefore it is more feasible that Jota for Mane is the only change from the side that beat Arsenal on Monday.

But Mane’s illness does highlight the new obstacles the manager will face as this strange campaign unfolds, and at some point he could be required to get creative in pursuit of victory.